Transporting Animals Atop Vehicles is Punishable By Law, Kenyans Warned 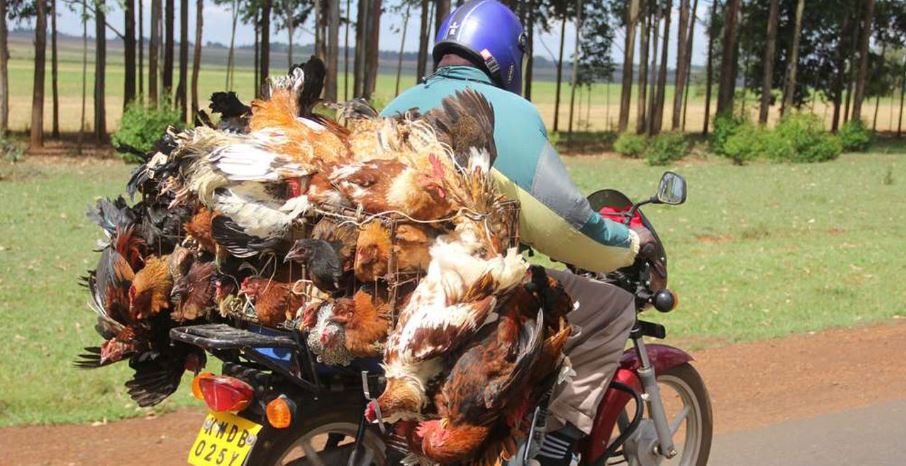 Kenya police have reminded motorists that it is illegal to transport chicken or any other animal on top of a vehicle.

The habit is especially popular among long-distance travelers despite being a violation of the law.

In a statement shared through Twitter, the National Police Service said ferrying animals atop vehicles is not only illegal but cruel.

“Cruelty to animals. UNACCEPTABLE. And it’s a violation of the law,” NPS wrote.

The police responded after an internet user shared a photo of chickens being ferried on top of a 14-seater passenger matatu. 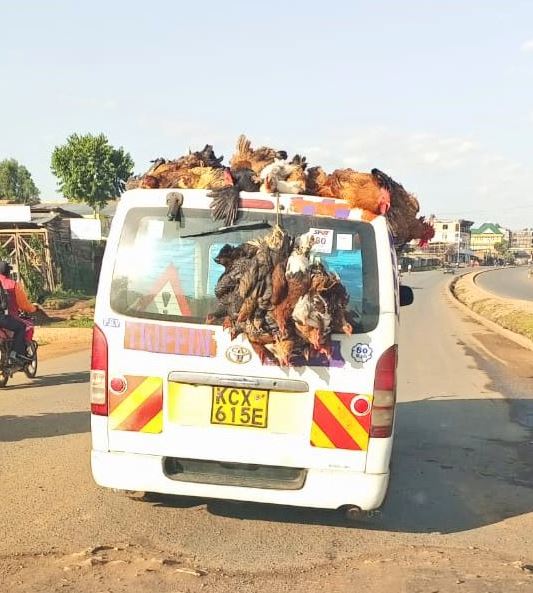 Police also noted that the habit is an eyesore and called on traffic officers to be tougher on culprits.

“Traffic officers to be tough on this level of open and blatant cruelty. It’s also an eyesore. This picture, courtesy of a member of the public, was taken recently to highlight discomfort at such scenes,” NPS said.

According to the Prevention of Cruelty to Animals Act (2012), animal cruelty attracts a fine of Sh3,000, or six months in prison, or both.

“A person shall be guilty of an offence of cruelty if he cruelly beats, kicks, ill-treats, over-rides, over-drives, over-loads, tortures, infuriates or terrifies any animal,” the law states.

“Any person guilty of an offence of cruelty shall be liable to a fine not exceeding three thousand shillings or to a term of imprisonment not exceeding six months, or to both,” the Act further states.

What Magoha Said About Aspirants Lacking Degrees < Previous
Everything Trending in Nairobi This Furahiday Next >
Recommended stories you may like: