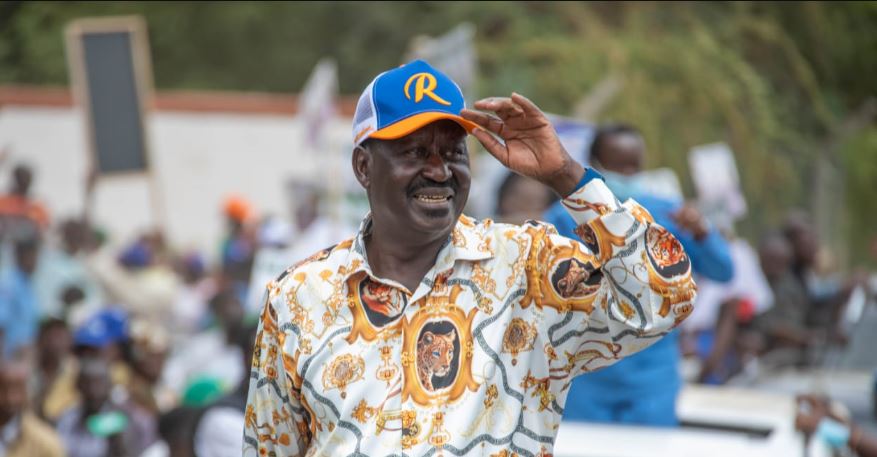 Speaking in Masinga, Machakos County on Sunday, Raila said under his administration, the price of commodities such as flour, cooking oil, and paraffin will be brought down to “bearable” standards.

“Flour prices will go down, even cooking oil and paraffin, we must bring it down. We have resolved to make the cost of living bearable to Kenyans. People have suffered enough,” he said.

The Azimio La Umoja One Kenya flagbearer further maintained that his proposed social welfare program will transform the livelihoods of low-income families across the country.

Raila noted the program has worked in several countries in the continent and overseas.

“Cases of children going without food will be unheard of again. Under the social protection program, these families will get money from the government. It has worked well in America, Europe, Brazil, India, Egypt and even Namibia,” Raila stated. 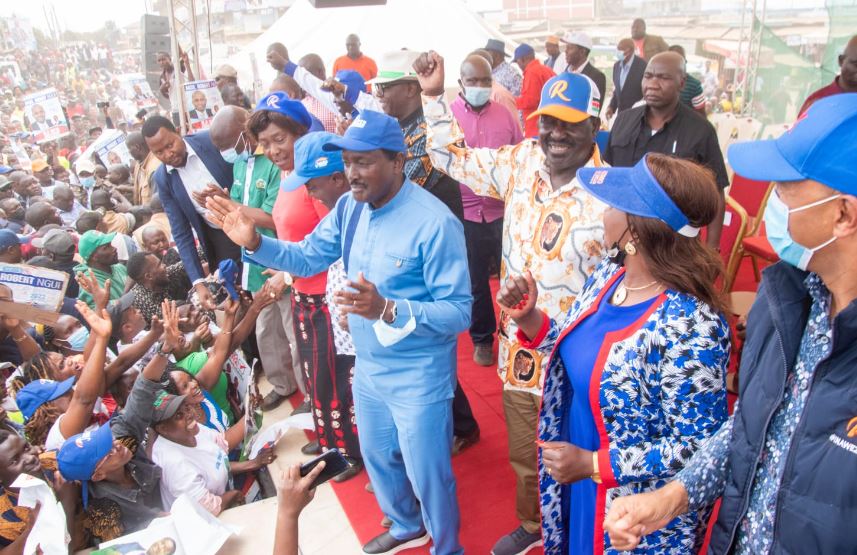 Meanwhile, Raila Odinga has called on President Uhuru Kenyatta not to sign into law the ICT Practitioners Bill 2020.

In a statement released by his private secretary Mr Dennis Onyango, Raila said the move to regulate the ICT Practitioners in the country is impractical and counter-productive.

The ICT Practitioners Bill 2020 was enacted by the National Assembly on Wednesday last week.

The lawmakers said the Bill is progressive and if implemented it would help reduce the chaos and confusion in the ICT sector while at the same time providing a legal framework of the recognition, registration, licensing of the ICT practitioners in Kenya.

But Raila said he finds the Bill vague yet loaded with sweeping powers over the ICT sector, with no clarity on the specific problem it is meant to address.

“It negates the goals and visions of the national ICT policy and digital strategies. It amounts to regulating talent which damages innovation and limits growth,” said Odinga.

Why Kenyans Suffer Despite Reported Economic Growth: Q&A With KNBS Boss Macdonald Obudho < Previous
University Of Nairobi Looks For Donors As Struggles To Stay Afloat Intensify Next >
Recommended stories you may like: