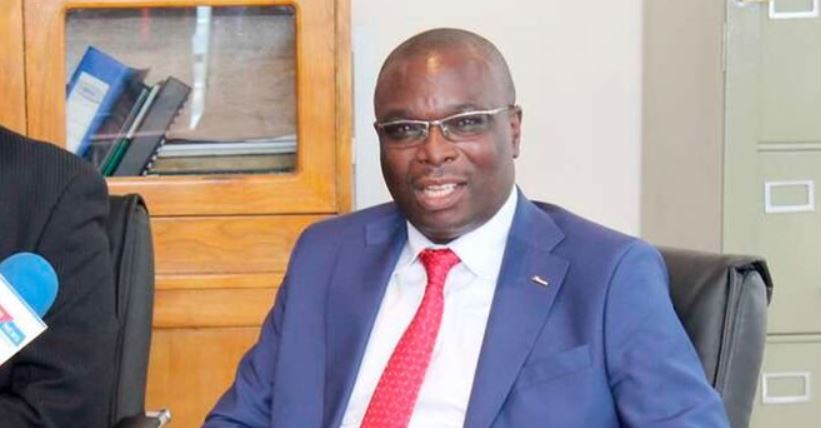 Macdonald Obudho, Director General of the Kenya National Bureau of Statistics (KNBS), responds to queries from the public.

Most economic reports that KNBS releases paint a picture of growth, yet Kenyans are enduring hardships. How accurate are these reports? Brian Owiti, Maseno

The statistics are sound and are prepared in accordance with internationally acclaimed methodology.

The data that KNBS uses in the compilation of the statistical reports undergo a vigorous validation process guided by the Kenya Statistics Quality Assurance Framework, which is aligned to international best practices.

By definition, gross domestic product (GDP), as a measure of the size of an economy, is the net value of goods and services produced by all economic agents in a specific period.

There are a number of reasons why some households experience hardships despite overall economic growth. In many instances, different sectors of the economy perform differently. For instance, in 2021, the performance of agriculture contracted by 0.2 per cent while that of the financial sector expanded by 12.5 percent.

Therefore, despite the overall economic growth, many households that heavily relied on agriculture were negatively impacted resulting in the hardships.

In addition, part of the economic growth emanating from production of goods that constitute addition to fixed assets (like roads, buildings, expenditure on mineral exploration and evaluation) in some cases does not result in immediate benefits to households.

In the short-term, the relationship between the two is not always positive and this could also explain the why some section of the population could be struggling economically, even when the economy is growing.

How is KNBS managing the challenge of inadequate financing? Bashir Nuru, Nairobi

KNBS is the principal source of official government statistics and is fully funded by the exchequer. However, just like in many other public institutions, the KNBS budget allocation may not be sufficient to undertake all planned activities.

Locally, we engage with government ministries, agencies and departments , county government as well as private sector to produce statistics of mutual interest.

KNBS has integrated modern technology in the entire statistical production value chain. In data collection, KNBS has adopted the Computer-Assisted Personal Interview (CAPI) methodology where data is collected using tablets, which is then securely transmitted electronically to a central and cloud server.

This is a departure from the previous pen and paper method of interviews. Further, up-to-date high-resolution satellite imagery/aerial photographs are used to identify homesteads/households during surveys and censuses.

Your most known works are the population and housing census and the Economic Survey. Are there other reports KNBS produces? How are they shared with the public? Janet Mutungi, Kamulu

Though KNBS is mostly known for the two, there are many statistical reports that are produced at varying frequencies.

Statistics was among several courses that had been earmarked for scrapping by public universities due to what was termed as a lack of relevance in the local job market. How would you solve this matter? Daniel Murugu, Nakuru City

A confirmation from the Commission for University Education (CUE) shows that there is no such thing as scrapping of statistics from public universities.

Statistics as a discipline is key as it offers insight and support in any situation where relevant data is collected, analysed, interpreted, and disseminated.

As KNBS, given the importance of statistics in our society, this debate of not offering statistical courses at the university may not be entertained now or in the near future.

We have seen the growth of statistics into many branches such as biometry, actuarial science, data science, machine learning and artificial intelligence. Statistics as a discipline is key in the society to monitor and evaluate progress as well as strengthening democracy through numbers.

How does the KNBS collaborate and assist county governments or any other public institutions in the production of official statistics? Andrew Maranga Ratemo, Nairobi

The county governments are part of the National Statistical System (NSS) which includes all producers of official statistics in the country.

An example of collaboration is the development of annual County Statistical Abstracts (CSAs). KNBS also has offices with qualified staff in all the counties and are the first place for interactions for statistical matters. The Bureau contributes to the production of County Integrated Development Plans (CIDPs) through provision of required statistics at the county level.

KNBS produces data that is disaggregated by county as much as possible, therefore, supporting county planning and policy formulation.

Section 4 (2)(g) of the Statistics Act, 2006 mandates KNBS to collaborate with and assist the county governments or any other institutions in the production of official statistics.

A number of institutions like Kippra, Nascop and Nairobi Securities Exchange, produce data on various sectors. A number of NGOs also produce data. Is there a legal requirement or an arrangement in place for these institutions to share their data with KNBS? Brenda Kiseki, Thika

Section 4(1) of Statistics Act, 2006, established the KNBS to be the principal agency of the government for collecting, analysing and disseminating statistical data in Kenya and being the custodian of official statistical information.

One of the mandate of KNBS is to collaborate with other producers of statistics within national statistical system to offer technical advice on production of quality statistics. This, therefore, means that KNBS provides a repository for official statistics as provided for in the Statistics Act, 2006.

What’s your take on the rising inflation? Komen Moris, Eldoret

KNBS releases the monthly Consumer Price Index (CPI), which is a key macroeconomic indicator used to monitor price movements as measured by inflation.

KNBS monitors the prices of a fixed basket of goods and services monthly. The compilation of CPI and inflation rates follows the internationally agreed best practices and the compilation methodologies are regularly peer reviewed by both regional and international price experts.

So, the statistics produced by the bureau are as accurate as reported.

The Auditor-General has raised audit queries pointing to leadership malaise at KNBS. There were billions that could not be accounted for after the 2019 census and then more recently, there is the Sh5 million irregularly spent on staff. Please assure the public that KNBS is using our taxes well? Fred Musyimi, Nairobi

The KNBS has noted the various audit queries raised by the Office of Auditor General particularly with regard to the National Census. I wish to clearly state that there was no money lost or misappropriated with regard to the national population census.

All the queries raised by the office of the Auditor-General have since been adequately responded to.

When is KNBS awarding certificates to those who took part in mapping between 2017 to 2019? Steve Musyoki, Tala

Immediately after the 2019 Kenya Population and Housing Census, KNBS produced certificates for all the census personnel including mapping assistants, ICT and content supervisors, enumerators and trainers.

CRAZY – The Funny Memes Going Viral on Social Media < Previous
Raila Promises to Lower Prices of Basic Commodities If Elected in August Next >
Recommended stories you may like: