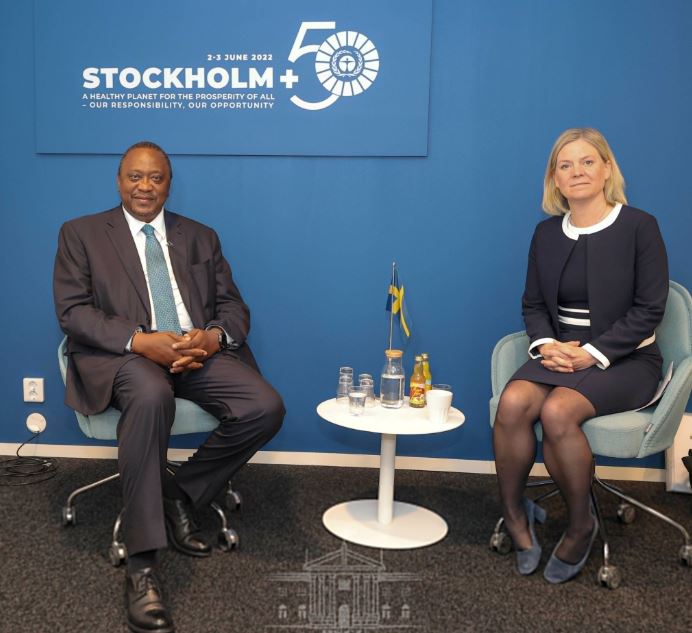 At a meeting held on the margins of the Stockholm+50 in the Swedish capital, President Kenyatta and Prime Minister Andersson agreed on the need for concerted efforts to address the triple planetary crisis of climate change, pollution and biodiversity loss.

President Kenyatta pointed out that developing countries are most affected by the negative effects of climate change, citing the example of Kenya which has experienced drought for four consecutive years.

The President emphasized that the time to act is now before things get out of control.

Prime Minister Andersson concurred that the Western world has an obligation to spearhead the efforts to address the environmental crisis. 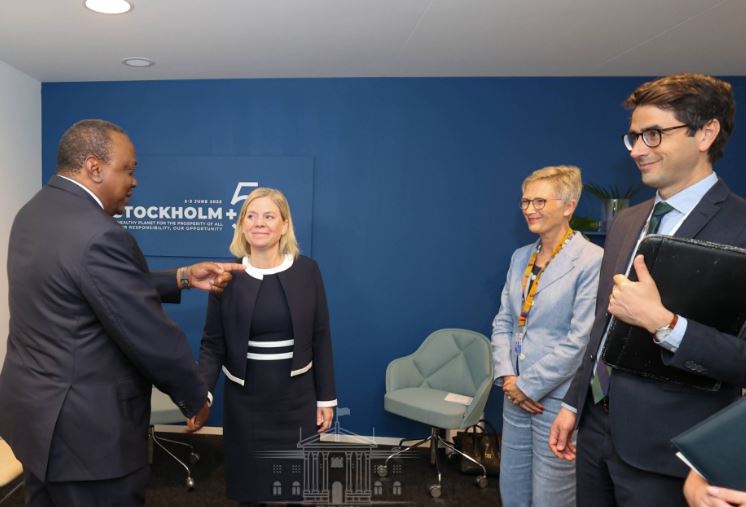 President Kenyatta discussed with President Masisi the need to follow up on the outcome of previous environment meetings and efforts geared towards alleviating the negative effects of climate change.

At the meeting with Mr Shahid, President Kenyatta commended him for putting matters of the Global South at the centre of discussions at the UN in his capacity as the President of the 76th session of the UN General Assembly.

On his part, Mr Shahid thanked President Kenyatta for the support that Kenya has continued to extend to him during his tenure as the President of the UN General Assembly. 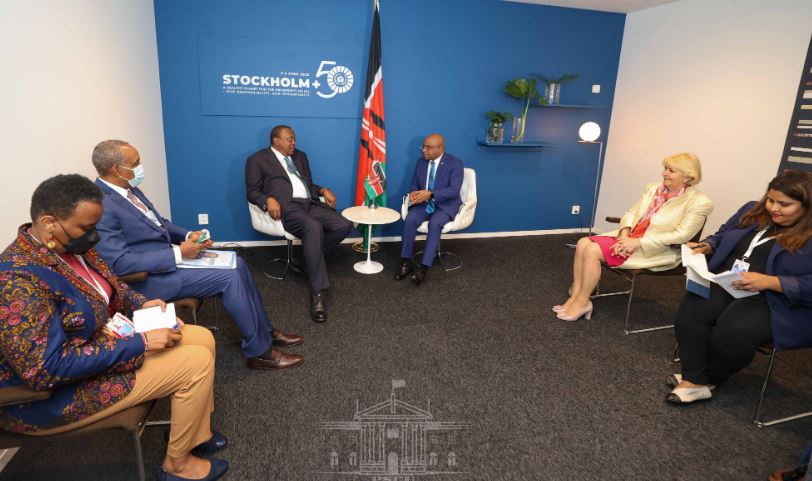 Which Online Casino Games Are Popular On Victory996 Malaysia? < Previous
Amber Ray’s Ex: “She Doesn’t Shower and Likes Sex in Bushes” Next >
Recommended stories you may like: