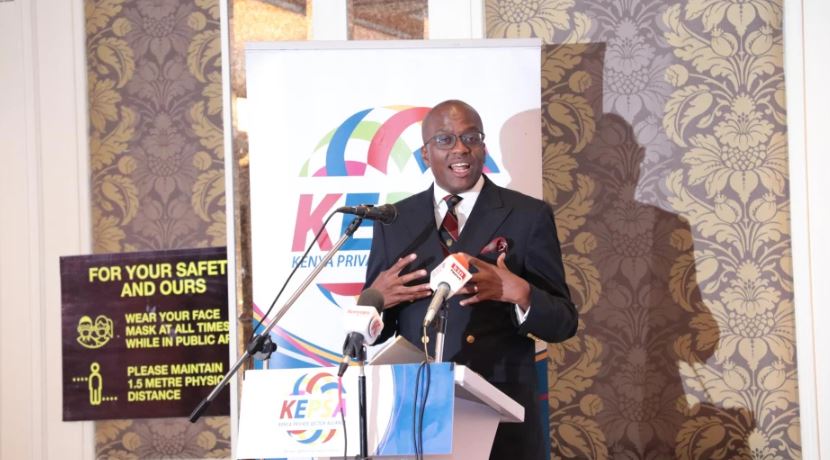 Polycarp Igathe is confident of beating Johnson Sakaja to the Nairobi Governor seat in the forthcoming August polls.

Speaking on Thursday, Igathe said he will beat the Nairobi Senator before 9 am on August 9 when Nairobians cast their votes.

The manifesto outlines eight thematic areas that the private sector wants the next Nairobi governor to address. They include how the capital city is governed including e-government, compliance and enforcement, healthcare, competitiveness, jobs creation as well as culture, and social inclusion.

Igathe mentioned that Sakaja is not his enemy adding that he would be open to working with him.

“Johnson Sakaja is a worthy competitor, but he is not my enemy. He is a just Kenyan who is putting himself up for candidature just as I have. When I win on August 10, I will work with him. I will consult him because I am beating him at 8:57 am,” said Igathe.

“Let’s not fight, let us continue to listen to one another and campaign in peace. We are one united indivisible country called Kenya and politics is not enmity.”

Igathe pledged that in his first 100 days in office, his administration will create a fit-for-purpose county government with motivated staff and cabinet to deliver on his vision of Nairobi.

He will also introduce a performance agreement with the public.

“The work of a leader is to find solutions and not amplify problems. Give me a performance agreement to work with to deliver the scorecard that will be based on my manifesto for Nairobi,” said Igathe.