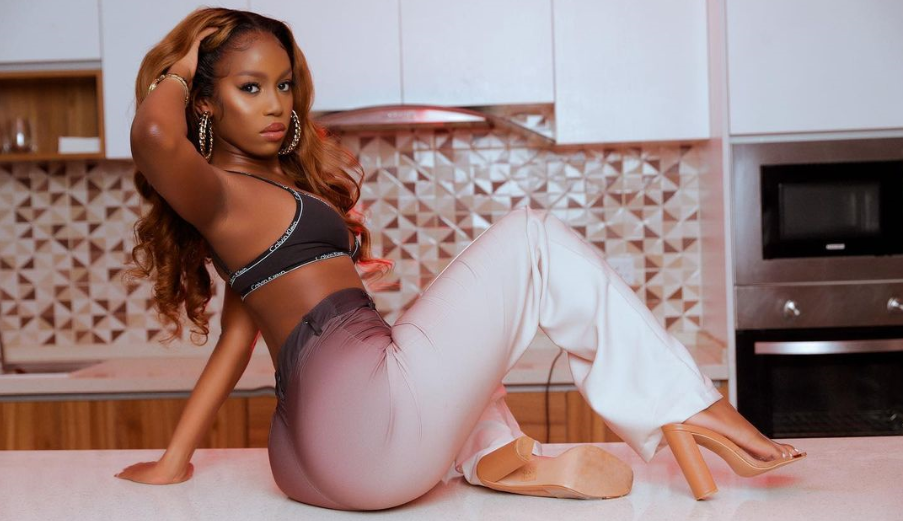 Kenyan TikTok sensation Cindy Kipsang has opened up about undergoing a cosmetic procedure to reduce her stomach fat and enlarge her bottom to sport a sizeable butt that resembles a fleshy, ripe peach, just like an emoji.

In a YouTube interview, the content creator confessed that she is currently on the second butt lift session out of eight at an exclusive cost of Ksh64,000. She says that the move is purely a tactical strategy for meeting her body goals by enhancing the fullness of her backside.

“I went to Luxe Body Spa to get my body done. I got my stomach reduced, and I got a butt lift. It was completely non-invasive, and it doesn’t hurt my body. It’s not surgical at all, and I wanted to do it for myself. It makes me happy because I want a certain defined look,” she said.

On why she chose a non-invasive butt lift over the Brazilian butt lift method, the Alliance Girls High School and Riara Group of Schools alumnus said: “No surgery, no getting cut and no blood. The healing process is very fast, but you are told not to sit down until the next day.”

Responding to criticism from fans after confessing a tush enhancement, she affirmed that she shared her story as a measure of protecting the mental health of other women who might perceive her acquired look as natural and get affected when they fail to attain it in their lives.

“People are not really open and honest about the things they do on the internet, and it affects other people. If I was to go somewhere and get a butt lift and say it’s my body, some small girl would think that this is how every girl is, and I am trying to protect their self-esteem.” She stated.

Cindy was recently the talk of the town when she parted ways with ex-boyfriend Shaq the Yungin of NRG Radio and moved to date his colleague Sean Preezy. This was later followed by reports that the social media influencer was having illicit affairs while in the relationship. However, in the interview, she declined to comment about her love life.

What’s Up Kenya? Thailand Becomes The First Asian Country To Legalize Bhang < Previous
Who Will Win the 2022 FIFA World Cup? Next >
Recommended stories you may like: