Wamatangi Ahead of Moses Kuria, Kabogo in Latest POLL 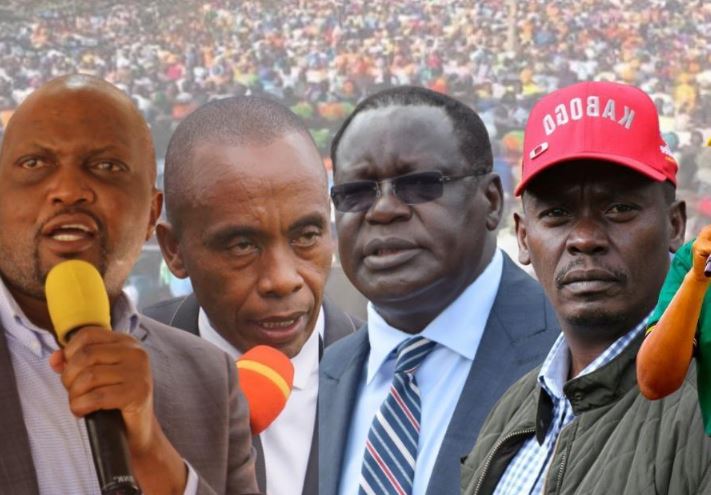 The battle for the next Kiambu governor is heating up. The populous county has several political heavyweights seeking the top seat in August.

The latest poll by Radio Africa shows that UDA candidate and current Kiambu senator Kimani Wamatangi is the preferred candidate by a relatively comfortable margin.

All these candidates are supporting Deputy President William Ruto under the Kenya Kwanza banner. Kabogo is seeking the seat on his Tujibebe Wakenya party, while Kuria is vying on his Chama Cha Kazi party.

Jungle is meanwhile vying as an independent candidate after losing out to Wamatangi in the UDA nominations.

Incumbent governor James Nyoro came 5th in the poll with just 11.6%. He is seeking the seat on a Jubilee ticket.

In the senatorial race, UDA's candidate Karungo wa Thang’wa looks like he is headed for a slam dunk, commanding 51.5% support. Jubilee's George Maara is a very distant second, with just 8.2% support.

Despite her recent scandal where she was seen handing out cake in a less dignified way, popular MC Ann Wamuratha on a UDA ticket is the most popular candidate for the Woman representative seat by far.

Being one of the country's most important counties, we will continue to watch Kiambu closely.

DPP Haji Vows to Fight Sonko’s Mombasa Bid, ‘An Impeachment Applies Across The Country” < Previous
Muthama Sets Conditions To Appear in Public With Alfred Mutua Next >
Recommended stories you may like: