Muthama Sets Conditions To Appear in Public With Alfred Mutua 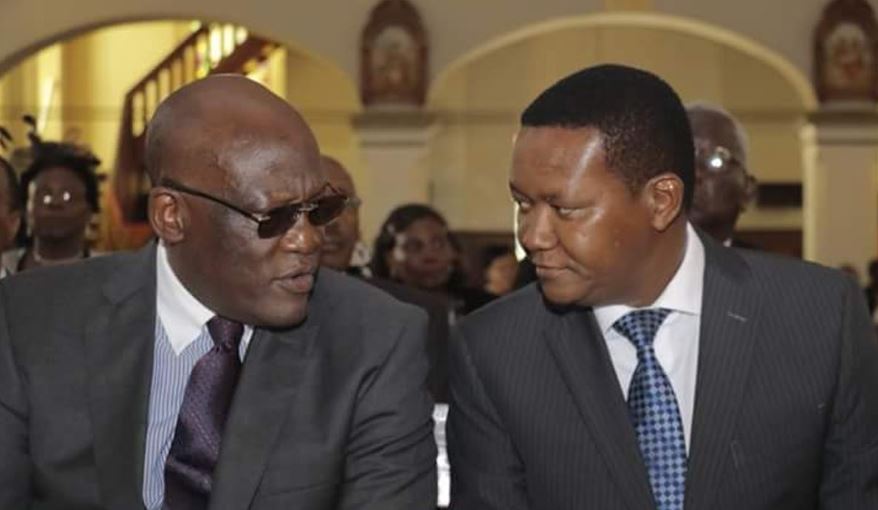 It is no secret that United Democratic Alliance (UDA) party chairman Johnson Muthama and Machakos Governor Dr Alfred Mutua do not see eye to eye.

In fact, Muthama on Tuesday skipped Ruto’s rally in Tala, Machakos County because he couldn’t stand sharing a podium with Mutua.

“I did not attend and I have my reasons. It is on record that I have fought with Mutua for nine years and nine months,” Muthama told Nation on Wednesday.

“If that’s how people see me and they know me, what reason will I give them if I wake up one morning and I’m seen in a rally dancing with Mutua and saying I’m going to work with Mutua from now onwards?” he posed.

Declaring that his principles cannot be compromised, Muthama set tough conditions for Mutua to fulfill before they can be seen in public together.

“My conscience and principles cannot be compromised at any given time as I am a person with a firm stand. If I will have to appear in public with Mutua, first I will sit down with him and tell him, ‘first show Machakos people the showers you went around telling people that you provided in every house, show me the chicks you said you had supplied to Machakos as well as the 70 ambulances that you brought in one day and removed them on the same day and made Kenyans believe that you took 70 ambulances to Machakos,” Muthama outlined.

He continued, “Show now without fear of contradiction the tractors that you said you bought to be ploughing farms in Machakos. With all those things around Mutua, it was wrong for me to go and say now I’ll start working with this guy.”

Muthama noted Mutua was free to work with UDA and even support the DP, but he must be accountable to the people of Machakos County.

“That is what makes me different from other politicians in this country but this does not mean I’m shying away from UDA and Kenya Kwanza. I’m the chairman of UDA but I have to practise my principles and my beliefs,” he stated.

Wamatangi Ahead of Moses Kuria, Kabogo in Latest POLL < Previous
Here’s What’s Trending in Nairobi This Friday the 13th Next >
Recommended stories you may like: