Anne Wamuratha Owns Up To Throwing Cake at Crowd [VIDEO]

Kiambu Woman Representative aspirant Anne Muratha alias Wamuratha has owned up to her mistake after she was criticised for throwing cake at a crowd.

In a video shared online and attached above, the marriage counselor is seen throwing pieces of cake from the podium of an event, with the crowd grappling to catch the crumbs from the air.

The event was held at Ruiru Stadium to celebrate media personality Njoroge Githinji, who marked 16 years in media.

Kenyans online bashed Wamuratha for the manner in which she distributed the cake. It was deemed patronizing, with some likening it to the way chickens are usually fed.

Among those who hit out at the motivational speaker was gospel musician Loise Kim, who is also gunning for the Kiambu Woman Rep seat.

Loise Kim also called out Wamuratha over comments she made on Inooro TV on Sunday, May 1 about Kiambu residents being mentally ill.

Wamuratha had said: “People know the problem they face. If you ask me about Kiambu and if given the woman representative position, I would first deal with mental health issues. Residents are mentally unwell here.

She added: “I would also want to work with a governor who would help me expedite the job because I feel it’s almost everyone who is affected.” 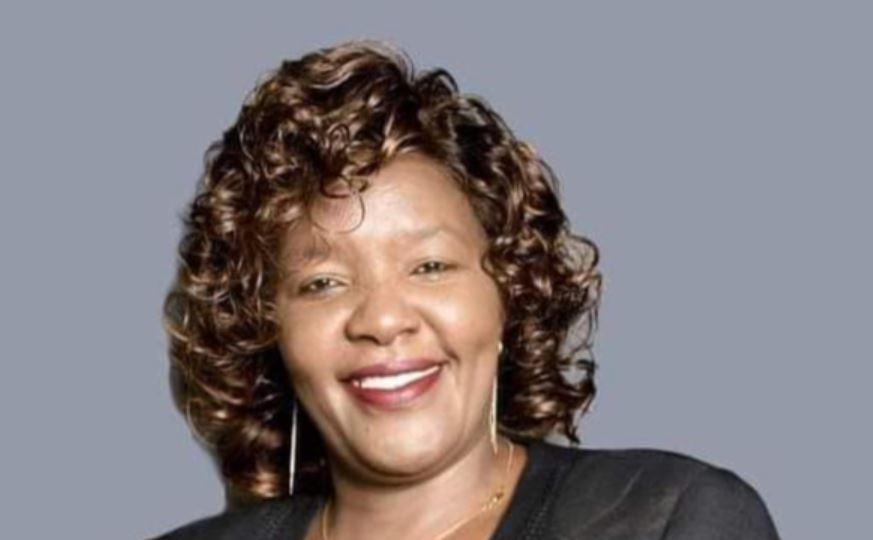 Taking to Facebook, Loise Kim demanded that Muratha also apologises to Kiambu people for her comments and the case incident.

“As a mother born and raised in Kiambu, I want to categorically state that the people of Kiambu are not mentally unstable and do not deserve to be served food like animals.

“The humiliation is indeed a show of disrespect,” she wrote in a since-deleted post.

On Wednesday, May 4, Wamuratha bowed to pressure and apologized for the cake incident.

“I wish to confirm that I am the one captured in the Viral video throwing pieces of cake to a group of people who had gathered at the Ruiru Stadium for an event on November 7th, 2021. I was the cake matron of the day and erred in crowd control and appropriately sharing the cake,” she said.

Wamuratha added: “If I would turn back the clock, I would distribute the cake differently. I am a mother and a wife determined to bake a larger cake of opportunities for the people of Kiambu and serve them diligently as their woman representative.

“I sincerely apologise and accept my mistake; it will never happen again.”