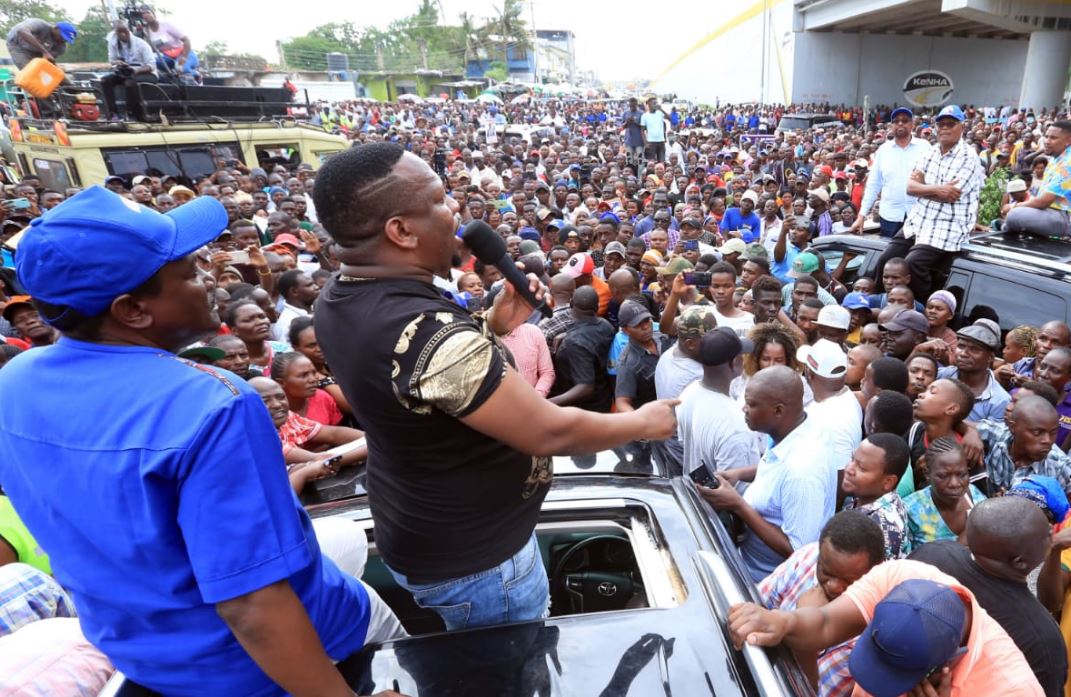 Despite all his legal tribulations, Mike Mbuvi Sonko is on track to be the first Kenyan to hold the governor position in two different counties.

The latest opinion poll by Radio Africa shows that the former Nairobi governor is comfortably ahead of his main opponent, Mvita MP Abdullswamad Nassir.

Sonko may have only announced his entry into the race just a few weeks ago, but his reputation and name recognition surely precedes him.

For context, the Mvita MP has declared interest in the seat for years, versus Sonko who only relocated there last month.

Both Sonko and Nassir are in the Azimio coalition, with the former being fronted by Wiper leader Kalonzo Musyoka. Nassir is a close ally of both the current Mombasa governor Hassan Joho and ODM leader Raila Odinga.

This poll was conducted last week, and at the rate Sonko is gaining, he could easily be well above that now.

The strength Sonko is displaying in Mombasa has caused unease in many quarters.

On Thursday, Director of Public Prosecutions (DPP) Noordin Haji vowed to block him from vying, stating that his impeachment automatically disqualified him from holding public office.

“In my opinion, if you are impeached, you are not impeached not to run in Nairobi but it’s across the country. So you cannot continue jumping from one county to another with an impeachment on your neck and then go start campaigning to become a governor of another county,” Haji said.

However, the former Nairobi governor may have the law and IEBC on his side. The elections body stated earlier this week that a person can only be barred from vying only after they have exhausted all legal options.

As it stands, Sonko has a pending case at the Supreme court.

Drama as Weed Smokers Force Bus Driver to Drive to DCI HQ < Previous
POLL: Ruto Overtakes Raila in Mombasa County Next >
Recommended stories you may like: