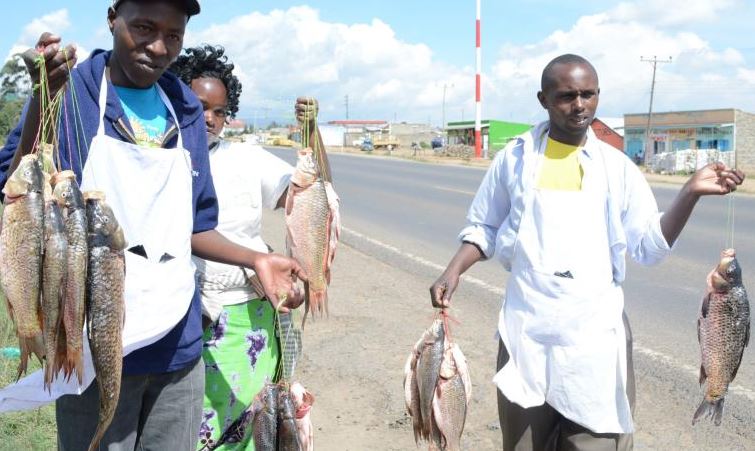 The public health department has cautioned Kenyans against buying fish from hawkers on major highways in Naivasha.

A senior official said fish hawking is not only illegal but a health hazard for consumers.

“It is shocking to see the number of people involved in the illegal sale of fish and this might lead to food-borne illnesses,” the official said.

The Ministry of Health(MoH) said there’s a need for proper fish handling, including preserving it in refrigerated containers to avoid contamination.

The department also raised concerns over the mode of transportation. Most motorists and passengers usually hang the fish on side mirrors.

“We cannot even be sure where the fish has been sourced from. The unhygienic environment, notwithstanding,” added the official.

The official, who declined to be named because of protocol issues, called for close coordination between the fisheries department and public health officers to stop the highway fish trade which has been ongoing for years along the busy Nairobi-Naivasha and the Naivasha-Maai Mahiu highways.