It’s Not Too Late to Resign, Ruto Told 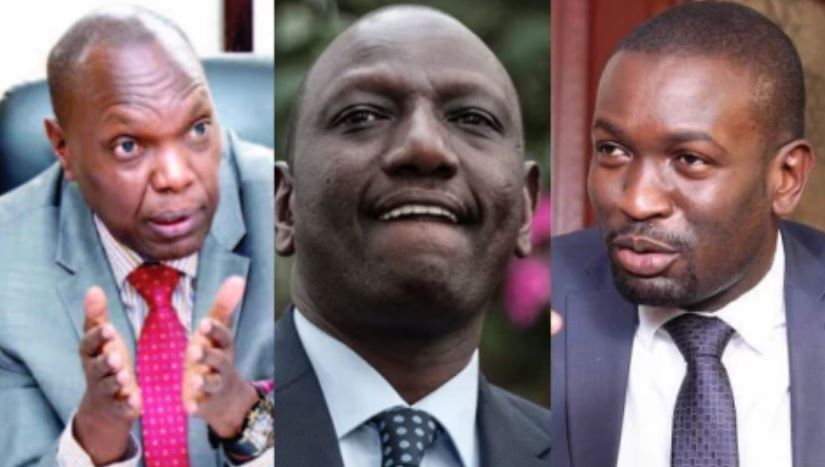 The Azimio la Umoja One Kenya Coalition has challenged Deputy President William Ruto to resign instead of criticising the government he should be serving.

In a statement Wednesday, Jubilee Secretary-General Jeremiah Kioni condemned Ruto for launching what he termed as unwarranted and disdainful attacks against President Kenyatta.

Kioni demanded Ruto resigns instead of engaging in a war of words with his boss. The Jubilee Party SG said Ruto should emulate the late first Vice President Jaramogi Oginga Odinga who fellout with then President Jomo Kenyatta in 1966.

“It is not yet late for Mr. Ruto to do the right thing. Let him follow in the footsteps of an honourable man Jaramogi Oginga Odinga and resign rather than waste the taxpayers’ sacrifice earning a sumptuous salary, allowances and perks of high office while mocking the poor with a narrative that paints himself as a hustler,” Kioni said.

At the same time, Kioni warned Kenyans of a rude awakening should Ruto become President after the August plls.

“If this is the attitude Ruto would embody if elected as President, then woe unto Kenyans because they would have elected a serial complainer, trickster and manipulator who refuses to associate himself with solution-based leadership, preferring the easy path of idle complaints,” he said.

Kioni’s ODM counterpart Edwin Sifuna echoed the resignation calls, asking Ruto to step down and embrace being the leader of opposition.

“We have had enough of your doublespeak and demand that you resign and join the opposition officially as you await defeat in August,” Sifuna said.

He also told Ruto to refrain from using Raila Odinga as the subject of his verbal attacks against the current government.

Waiguru: Why I’m Uniquely Qualified to be Kenya’s Deputy President < Previous
MP Sankok’s Daughter Says Brother Had Refused To Return To School Next >
Recommended stories you may like: