Waiguru: Why I’m Uniquely Qualified to be Kenya’s Deputy President 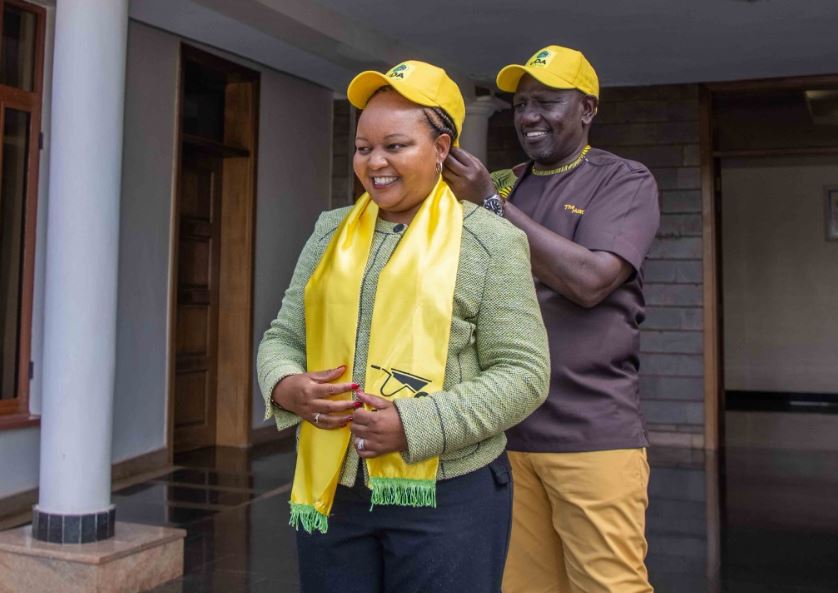 The former Devolution CS is a frontrunner in the race to be William Ruto’s running mate in the August polls. She says she would readily accept should Ruto choose her to be her running mate.

“It would be great honor to deputize William Ruto and if he saw it fit that I would complement him and support him, I would accept it,” she said.

Waiguru said some of her achievements include serving as a minister and as Kirinyaga governor.

“I have some qualities that make me uniquely qualified. Among other achievements, I have served for over 20 years at senior level in government including both as CS and an elected Governor, with an accomplished record of delivery including Ifmis, Huduma centres and transformation of Kirinyaga County all of which have won local and international recognition and awards,” Ms Waiguru told the Nation.

This comes as a group of women leaders from Kirinyaga piled the pressure on Ruto to pick Waiguru as his Deputy.

The Kirinyaga People’s Forum said Waiguru is the most suitable candidate among those being fronted for the running mate position in the United Democratic Alliance and Kenya Kwanza Alliance.

“During her tenure as the Cabinet Secretary for Devolution, Waiguru implemented life changing programmes that continue to touch lives of all Kenyans. Talk of the Huduma Centres, talk of Ifmis and the slum upgrading projects, Waiguru is best candidate for the running mate position,” Caroline Muriithi, the group secretary said.

“We know our DP Ruto is committed to issues of gender equality, we now ask him to consider our daughter Waiguru as his number two because she has all it takes to be a Deputy President and as women we also want to be fully represented in government,” added Rebecca Muriithi, a member of the group.

“We are breaking the glass ceiling in this election. The first female deputy president loading,” she said.

Reprieve For Student Loan Defaulters as HELB Extends Penalty Waiver < Previous
It’s Not Too Late to Resign, Ruto Told Next >
Recommended stories you may like: