From mothering quadruplets to raising a child on the streets of Nairobi, two Kenyan women shared their motherhood stories on Mother’s Day on Sunday, 8 May.

‘My quadruplets are an expensive blessing’ 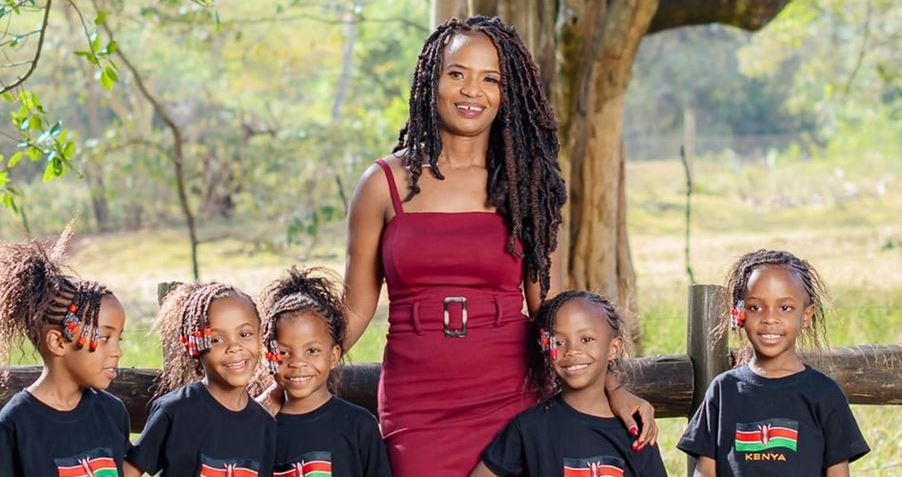 “When I learnt that I was going to have quadruplets, I was beyond shocked.  Despite there being a history of having multiple children in our family, with several of my cousins already parents of multiples, I went to about five hospitals because I was in denial.

I have six girls under my care. My quadruplets and my niece are turning six while my eldest is 10. Every day I look at the quadruplets, I am extremely grateful because my pregnancy was difficult. I got admitted four times. After their birth, we had to stay in hospital for another three months and for two years I barely slept. I had a high turnover of nannies because most of them felt the responsibility was overwhelming. Still, if you ask me, taking care of the babies is much easier than carrying the pregnancy.

My life changed a lot after the birth of the quadruplets. I had to move to a bigger house and furnish the house afresh. It is an expensive blessing after all.

The quadruplets get sick, join school, and you have to buy similar items for everyone at the same time.

I have made several lifestyle adjustments as a way of saving money.  For instance, I buy food from wholesale shops, meat directly from the slaughterhouse, and fruits and vegetables from open-air markets.

I also opted to live far away from the city where housing is cheaper, look for schools with sibling discounts, and cut down on travelling and holidays.

The journey is bumpy and rocky and can be sometimes emotionally draining. As it stands, my social life is non-existent because I constantly have to be available to my children.

To make my life easier, I have a strict schedule. From morning to evening, their routine is clear. By 6.30 pm all meals are usually ready because by 7.30 pm, they are asleep.

It was hard balancing my career and motherhood especially when they were younger. They would get sick frequently and I skipped work a lot. I eventually opted to quit my 9-5 high school teaching job.

I currently teach foreigners and diplomats Swahili virtually and mainly at night. The working hours are favourable because I am able to be present for my children during the day which is very important to me.

While the younger children tend to take a lot of my attention, I try to not forget the eldest one.

For any mother who is expecting multiple babies, my advice would be to seek antenatal services early to avoid complications. I would also advise people to support parents having multiples because the support system is what will keep them going during hard days.”

‘Whenever it rains, I have no choice but to sleep on wet verandas with my child’ 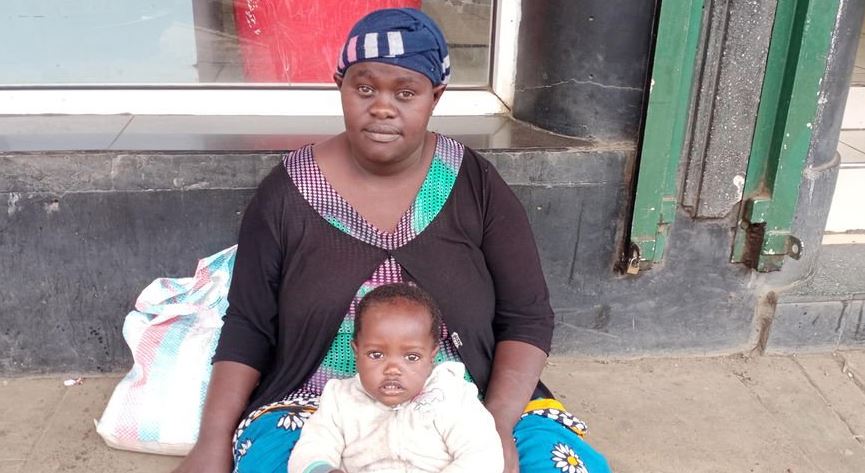 “When I moved to Nairobi from Makueni in 2010, it was to seek a better life for myself and my parents because life had become too tough for us. I luckily got a job as a house help in Pipeline estate and worked there until 2012 before meeting a man who I then thought was the love of my life. We moved in together after he promised to marry me and started our family in Mukuru kwa Njenga slums.  I got pregnant and God blessed me with twins and that marked the beginning of my motherhood journey.

But the joy was cut short after my husband started coming home drunk and mistreating us.

In 2019, he eventually abandoned us and I was left to cater for all our needs. With no job and money, I ended up on the streets where I have been living ever since.

I feared for the safety of my children and decided to take them back home to stay with my mother.

While living on the streets, you don’t pay rent, but men are usually waiting to prey on you when darkness falls.

I ended up having another child in 2020. Through the Linda Mama programme, I was able to safely deliver at the Kenyatta National Hospital for free.  Raising children on the streets of Nairobi is challenging and dangerous. We get arrested by city hall askaris who lock us in police cells with our children. We are only freed at the mercy of senior police officers.

Whenever it rains, I have no choice but to sleep on wet verandas with my child. She often gets sick due to the cold because we do not have any warm covering apart from thin lesos. Maintaining good hygiene is also a challenge and we only get to take a shower at public toilets if we are allowed to by the staff.

I mostly rely on well-wishers for food as well as money that I can send back home to my parents.

While one may ask why I cannot simply go back to live with my parents, I would say the situation back home is dire. My father is bedridden after he sustained injuries on both legs while my mother does menial jobs to survive.  My brothers are of no help as they spend their days drinking and the only job available for me in the village would be tilling other people’s farms which would earn me a meager Sh200 and is often an unreliable source of income. I hope people remember mothers like me who are sacrificing a lot more to raise their children without a place to call home.”

My Story – Peer Pressure Plunged me into a Life of Nicotine Addiction and Abuse < Previous
Meet Kenya’s Youngest Govt Administration Officer, Rehema Kiteto Next >
Recommended stories you may like: