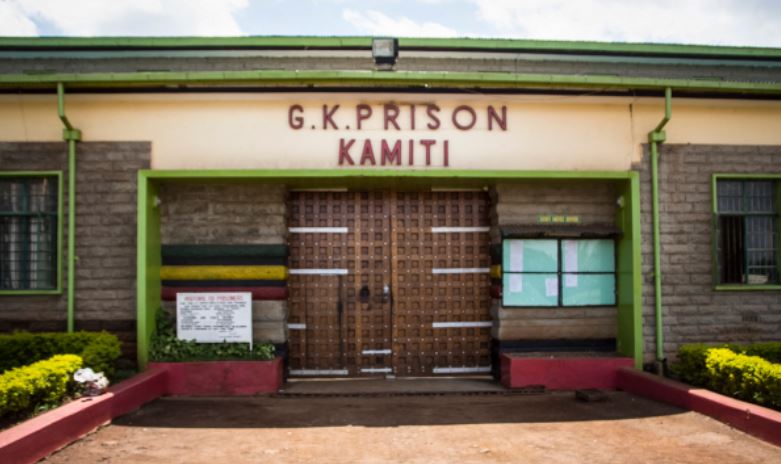 The Anti-Corruption and Economic Crimes Division of the High Court has been told how a prisons worker allegedly acquired Ksh257 million from the State Department for Correctional Services for supplying nothing.

Mr Eric Kipkurui Mutai, a cleaning supervisor, is at the centre of a graft case by the Ethics and Anti-Corruption Commission(EACC), who asked the court to freeze his assets pending the conclusion of their probe.

“He disguised himself with the support of colleagues as a ghost supplier by using false documents to plan, execute and confer to himself a benefit in contravention of the constitution, the Public Officers Ethics Act and the Anti-Corruption and Economic Crimes Act (yet he is) a public officer,” EACC says in documents filed in court.

EACC further established that Kirui’s companies, registered between 2012 and 2016, never supplied anything.

Homex was reportedly paid for supplying vegetables while Hygienic Ventures was paid for the supply of hair and sanitary products. Facton was paid for consulting services on constitutional law and Unique Supplies for groceries.

Investigators are yet to establish what Nerimas and White Unicorn were alleged to have supplied, but Trechris was said to have been paid for “supply of goods”.

“The investigations established that the above companies did not supply food rations to the respective prisons and that the payment vouchers did not originate from the said prisons. There are no attached local purchase orders or inspection and acceptance committee certificates in the payment vouchers,” the EACC submits.

Investigating officer Dorothy Mnjala indicates that Kipkurui while not being authorized, obtained S13 forms used in procurement by the State Department of Corrections which formed the basis of payments of millions of shillings made as they were attached to the payment vouchers.

“Preliminary investigations have also revealed that Kipkurui subsequently withdrew the funds from the enterprises’ accounts and utilized them for the purchase of the landed properties subject of this suit through proxies or fellow employees of the State Department of corrections whom he colluded with as well as relatives, ” the affidavit by the officer adds.

How Mutai Spent Some of the Funds

Apparently, Mutai withdrew Ksh133 million in cash for unspecified purposes. He then used the balance to buy cars, houses and land.

According to EACC, Mutai whose salary was Ksh20,800 owns seven cars worth Ksh 32 Million, a Ksh17.5 Million house in Nairobi and others in Kericho and Nyaribari worth Ksh 47.5Million.

Court documents show that through Facton Logistics, the suspect credited a sum of Ksh6 million into the accounts of Signature Cars after purchasing a vehicle and paying Ksh675,110 to Jubilee Insurance.

DT Dobie and CO.Ke Ltd reportedly received Ksh10.1 million for the sale of a business vehicle while Mr Joseph Ndung’u received Ksh750,000 for an undisclosed service or item.

KAMI Ltd received Ksh2.1 million for the sale of a car, while Signature Cars received Ksh800,110.

Through Unique Supplies, he bought a house for a colleague – Moses Sirengo (principal accountant) – from the Housing Finance Company of Kenya for Sh8.5 million.

For the Sh17.5 million property in Nairobi, Mutai paid sellers identified as Ephraim Wanjohi and Mary Wanjohi. The sale agreement was signed by the Kipkurui’s proxy and colleague at the State Department of Corrections namely Joseph Ochoki Omayio.

With regards to the property in Nyaribari Chache/B/B/Boburia/9927 parcels 51821 and 51822, Kipkurui spent Ksh30 million the cash received from his two firms’ bank accounts.

Kipkurui also bought the property known as LR. NO.KERICHO/KIPCHIMCHIM/6604 at Ksh 17.5 Million from Dennis Cheruiyot Chumba which was registered in the name of his father, Joshua Kimutai Kikwai.

Through lawyer Diana Mwendwa, the EACC told the court it is undertaking investigations relating to public officers at the State Department of Correctional Services suspected to have fraudulently acquired approximately Ksh 450 million on account of goods that were never supplied.

“EACC is investigating allegations of conflict of interest, embezzlement and or fraud on the part of public officials in the State Department of Corrections,” Diana said.

High Court judge Esther Maina ordered the freezing of Kipkurui’s assets for a period of six months to enable EACC complete investigations into the matter and file a forfeiture of the property to the state.

The court further ordered Kipkurui to surrender motor vehicles registration numbers KCH 360G, KCL 050T, KCH 593S, KCL 125R, KCN 475L, KCN 417B, KCL 778P together with their logbooks to the EACC within 7 days of the order failing which the Applicant shall be at liberty to seize, tow and detain the motor vehicle for purposes of preservation.

Raila Blasts Aspirants Who Go Independent After Losing Party Nominations < Previous
President Mwai Kibaki Has Died at 90 Next >
Recommended stories you may like: