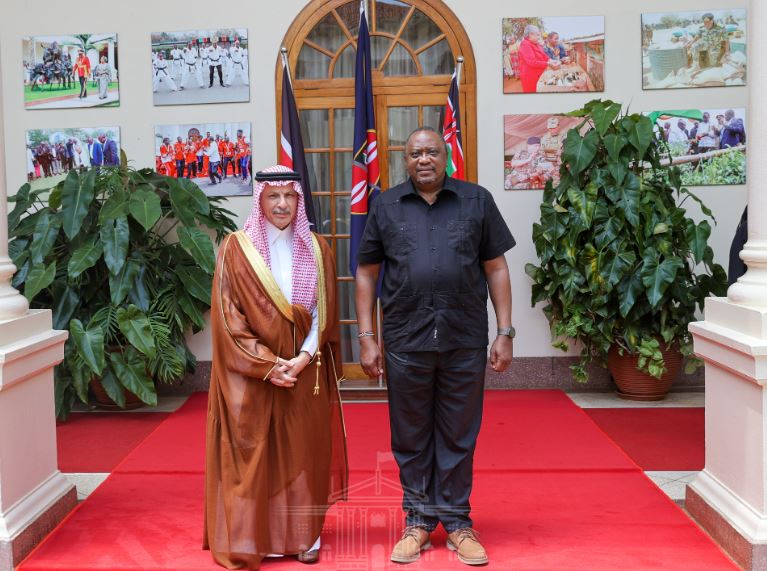 The special message was delivered to the President by Saudi Minister of State for African Affairs, Ahmed bin Abdul Aziz Kattan, who paid him a courtesy call at State House, Nairobi.

The visiting Saudi Minister, who also conveyed greetings from Crown Prince Mohammed bin Salman, briefed President Kenyatta on the Saudi-Africa and the Arab-African summits that will be hosted by Saudi Arabia.

The two summits are geared towards cultivating interactions aimed at enhancing economic growth and people-to-people relations between the two regions. 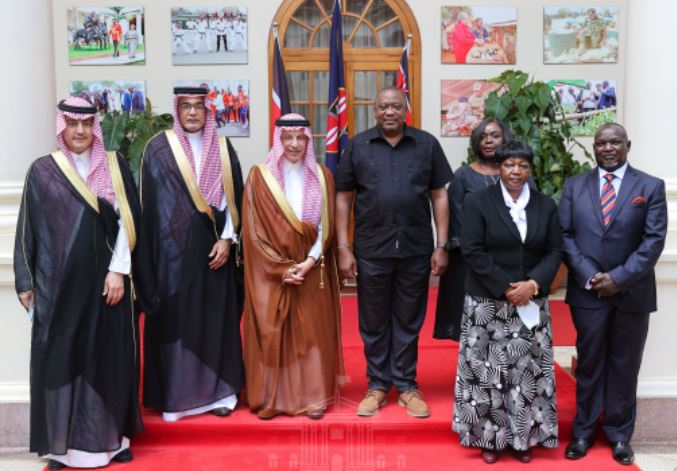 Minister Kattan applauded President Kenyatta on Kenya’s push for the adoption of green energy that has earned the country global recognition.

On his part, President Kenyatta expressed optimism that the summits will help grow investments in Kenya and Africa as a whole.

The President said Kenya is also interested in being part of the greening initiative championed by the Saudi Crown Prince.

Sarah Kabu – Ben 10’s Are Flooding My Inbox < Previous
Naiboi Now A Free Man After 3-Year Hostage Situation With Record Label Next >
Recommended stories you may like: