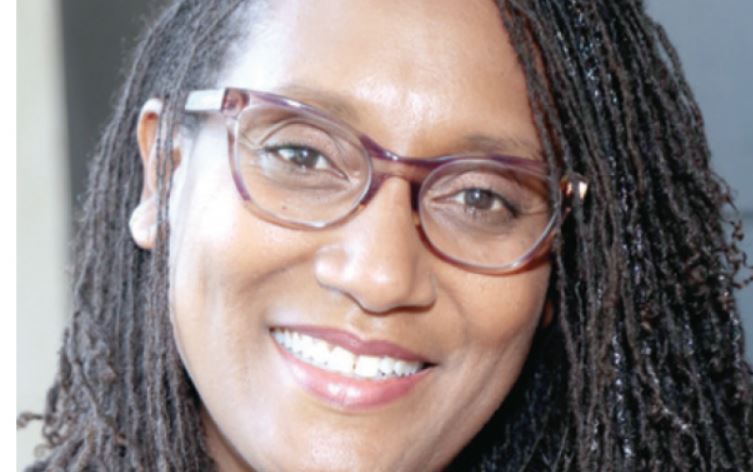 Robyn T Emerson is the founding president of Women In Real Estate (WIRE) and co-author of Building in Kenya.

Briefly describe the journey to your current position

I thought that I would be a paediatrician, but I didn’t. I went to the university and got pregnant in my second year in the United States when I was 19 years old and I had to quit school and start to work in the Texas government in 1991. I had my second child 18 months later and stayed in my job.  I quit the job after seven years and went to work on a political campaign, which ushered into consultancy and self-employment for around 15 years. It was one of my greatest moments since I got to know myself, my voice and what mattered to me.

As I was doing politics in 2007 and other things related to civic engagement, someone from the university asked  if I wanted to do my masters in urban planning. The stipend too was a little bit more than what I was earning, so I decided to take it up.

So how did you end up back in Kenya?

While studying, I ran a global citizen educational programme that took 600 young people to seven different countries around the world to study global citizenship. It is while they were in Kenya that I heard about the new long-term development blueprint for the country, Kenya Vision 2030 and I got interested. I wrote a letter to the Ministry of State for Planning, National Development, and Vision 2030 and they agreed for me to volunteer at the department. I was attached in the ministry for six months and then went back to the US, but I was always thinking of how I would get back to Kenya. I became a programme leader in one of the personal development courses in the US, which had an office in Kenya and I requested to come back to Kenya and lead it from here and they agreed in 2009.

How about your debut into real estate?

At the end of the course, somebody asked whether I would consider being the CEO of Kenya Property Developers Association (KPDA) and that’s how I got into real estate in 2011. I was able to restructure the organisation, put its purpose together and incubated the Kenya Green Building Society, which was being launched under KPDA, we also initiated the first State of Development report that did an analysis of the sector.

We did the Nairobi County monthly report on development approvals, and also we initiated the KPDA CEO breakfasts. A lot of these structures are still in place today and I’m proud of bringing more advocacy to KPDA. I also joined Remax Kenya international Franchise in 2015 and then I stepped out of that to set up my own real estate brokerage firm The Legacy Realty.

What inspired the firm’s name and what did you want to achieve with it?

I was disenchanted by the drive of just commercial interest in real estate and did not see how the industry has a social impact. I started it in 2016 and as a social enterprise, we gave 10 per cent of our profits to charity, and another 10 per cent to organisations that our clients are passionate about. We gave over Sh3 million away in two years in different customers names and all sorts of programmes that the customers wanted. And then we set aside another 10 per cent for a real estate research fund so that we could give grants in the research projects in the real estate sector. In our social purpose we also looked at our niche market and did a couple of things for international Non-Governmental Organisations (NGOs) and their work and staff. Connecting to their missions means connecting to purpose. In the late 2018, I was taken ill and I slowed down. I sold my brokerage to one of my agents and now she has kept on with it since 2019.

What inspired you to start Women In Real Estate (WIRE)?

Together with some women in the industry, we realised that there were not so many women in the board rooms and we wanted to change that. We officially launched in 2016 and started bringing women in the industry together. We do have elections for leadership and I’ve been elected twice as president. Basically, we are dedicated to advancing the achievements of women in the built  industry. It seeks to ensure our members have the resources to create new and different ways of structuring deals, growing their business or advancing the corporate ladder, and to inspire others to work as a team to get the job done as well as inspire young women to work in this industry.

What needs to change when it comes to the industry?

WIRE has existed to form an enabling environment for women in the sector. We see women leading either in professional associations or real estate firms and their numbers are increasing. We do policy and advocacy for the space for women to be fully opened and that’s what I take pride in. We might not be influencers for a lot of what’s happening, but we are happy that women are speaking out in their workplaces that they need a gender strategy. It’s our job now to think of where’s the future of gender equity in our sector and expand that more. We are looking at gender-led designs, what is the impact of corruption in the built environment and how that impact women issues, we will also start to look at where people are training, and whether they are being trained on gender sensitivity. We hold gender clinics where we train people on such issues.

I want to bring the life of the built environment to the arts be it more books, documentaries or short films. I feel like our sector doesn’t get related to as lived experiences. There are medical TV shows, and all other sectors, but not the built environment. Right now, I’m the Africa Housing Forum Manager at Habitat for Humanity International (HFHI) and that is also a dream come true.

In Conversation With Nana Gecaga on Recovering from Alcoholism, Charity < Previous
Living With Turner Syndrome – My Short Stature, Webbed Neck Didn’t Kill My Dreams Next >
Recommended stories you may like: