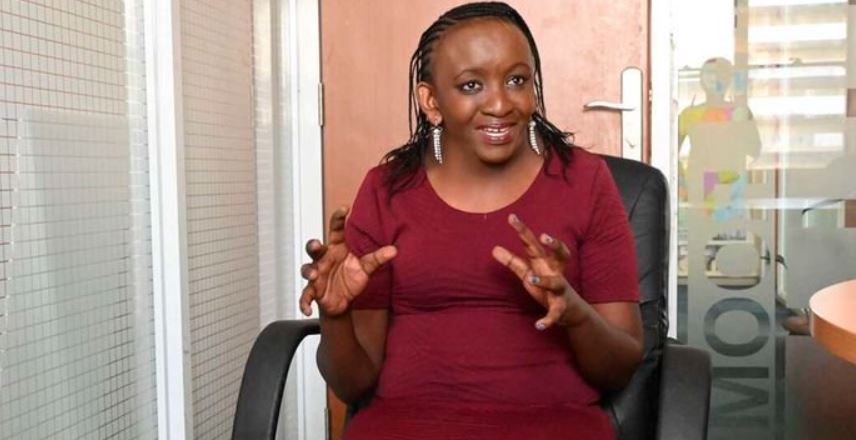 Joy was born with Turner Syndrome, a chromosomal disorder in which a female is born with only one X chromosome. Symptoms include short stature, delayed puberty, infertility, heart defects and certain learning disabilities.

She shares her experience living with the condition.

“My childhood was normal apart from the fact that I was a bit shorter compared to the rest of my classmates. I also had a heart condition whereby I used to get tired very fast while playing with other children, and due to this, people looked at me very differently because they could not understand my situation.”

Considering the fact that I was different in my physical appearance; height and webbed neck (extra skin on my neck), I always attracted people’s attention and as a child I could not understand.

But as I grew up, I started becoming aware of myself and it became apparent that I was different from other children, which made me struggle a bit with self-esteem issues.

But thanks to my parents, they always taught me to be strong and believe in myself not letting anyone take advantage of me. Most importantly they did not treat me any differently from the other children. I was given chores to instil in me responsibility, and this pushed to attain my potential, as well as taught how to be self-independent and believe in myself. Thanks to them, I no longer look at myself differently.

It is for this reason that they made sure I attended a regular school contrary to most people’s expectations that I was suited for a special school.

This energised me even more. I was a very active kid growing up I took part in different activities both in school and church. For example I participated in extracurricular activities like exciting poems. This boosted my self-esteem and prepared me for the future, because at a very young age I had already learnt to stand up for myself.

But despite their efforts, there were instances that my parents’ protection couldn’t go beyond certain boarders, because I remember sometimes being bullied at school, especially at primary level.

You see I was always the shortest in class, and at times this was a catalyst for bullying. However, my good performance academically came in handy for me because I somehow gained favour from my teachers.

After completing my primary school in 2012, I attended Tala Girls’ High School until 2014, and later transferred to Kiurani High School. Here, things changed a little bit. I found myself struggling with mathematics and sciences, but on the other hand I excelled in social sciences and languages.

I also got a lot of support from all my teachers and classmates. This reignited my vigour not just academically, but my school life in general. I became very active in leadership, and especially in Christian union and drama clubs. In the process, I received a number of certificates for my recognition in leadership.

But despite this, I always found myself struggling with teenage; this stage of life was a little stressful especially because of the delayed milestones at puberty, like delayed menstruation and development of breasts. I could see my friends starting their secondary developments of adolescence and I would admire them going through such changes.

After completing my secondary education in 2016, I ended up pursuing a Diploma in diplomacy and international studies at the University of Nairobi, where I graduated in December 2018.

I am currently doing my undergraduate degree in international relations at the United States International University where I am expected to graduate at the end of this year.

Currently, I do not have a job but I have an affinity for charity works and community service. I have done several community service projects, like the “Put a smile”, where we distributed foodstuff to the people of Canaan area in Dandora in December 2020.

Last year I did three projects, one at Nairobi Children Rescue Centre which was part of my academic qualification. In this we renovated the kitchen and bought some other necessities for the home.

I was also part of the “Taifa Teule Leadership” experience cohort 12, where we did a classroom renovation for the special needs children section in Toi primary school in Dagoretti, Nairobi County. That’s beside the “Millennium fellowship” where we did a desk drive at Baba Dogo. I still have intentions to do even more projects.

Health wise, I am currently planning to start hormonal treatment like use of oestrogen, to improve on my physical development.

These treatments are expected to take a lot of time because of the many evaluations that have to be done. Some tests are not even available within the country and a number of these hormones are booked from abroad, which makes it even more expensive and the medical schemes do not cover it.

“I have been doing self-advocacy for this condition, posting information about Turners syndrome on a Facebook page called Turners Syndrome Trust Kenya. I also take time to explain to my friends or anyone that is curious about it. I am Currently In the process of exploring new avenues of creating awareness.”

Meet Founding President of ‘Women In Real Estate’ (WIRE), Robyn T Emerson < Previous
Sonko Campaigns for Agnes Kagure as Next Nairobi Governor Next >
Recommended stories you may like: