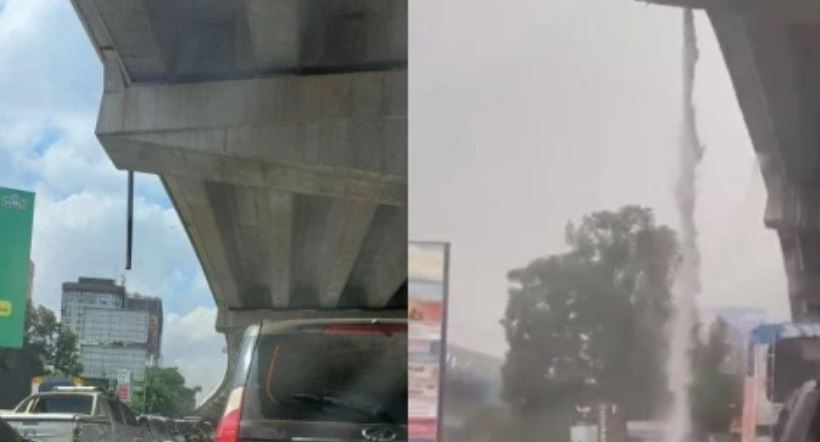 The Kenya National Highways Authority (KeNHA) says it is working to address the drainage system on the Nairobi Expressway.

This follows a public outcry from motorists who complained that rainwater from heavy downpours was draining to the lower road haphazardly, disrupting traffic.

KeNHA, in a statement on Monday, said the rains had affected various ongoing works related to drainage along the Expressway.

“This has caused various sections along Mombasa Road and Uhuru Highway to experience disruption of traffic following water draining to the lower road. We regret any inconveniences caused by this occurrence,” KeNHA said.

The Authority said they are working to ensure the water on the Expressway will be properly channelled to designated drainage lines.

As per the design, “flood water will be channeled through trimmed down pipes, gutted downwards along the pier caps and finally to U-drains below the soffit of the viaduct,” KeNHA explained.

The Authority appealed for patience from motorists, saying works on the Expressway are still in progress and the final installation of the drainage system is yet to be completed.

“In the meantime, the contractor has deployed extra work teams and equipment to focus on all outstanding works, including the drainage system, targeting completion before the rains result in peak flows,” KeNHA assured.

The authority further called on motorists to exercise caution when driving through the stormwater in the affected areas as they work towards resolving the situation.

UDA To Reportedly Throw Party In Karen After Azimio Fallout In Nairobi. Expects Easy Win for Sakaja < Previous
Aggrieved ODM Aspirant Says She Sold Sh25m House to Run for Woman Rep Next >
Recommended stories you may like: