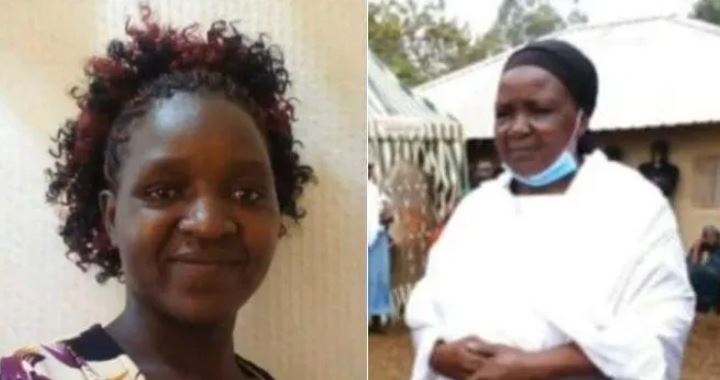 A family in Kakamega county has been dealt a double tragedy following the death of a woman and her mother in separate circumstances.

A family representative told the media that Rael Aketch died by suicide in Saudi Arabia. Her mother then collapsed and died upon receiving news of her daughter’s passing.

“It did not take a while after receiving news of Aketch’s death before the mother collapsed. She was pronounced dead at the hospital,” the representative said.

The family said the mother suffered a severe heart attack after learning that her daughter had committed suicide at a Police Station in Saudi Arabia on April 5.

Aketch travelled to the Gulf country in December 2021 to look for greener pastures. Her family claimed that she had differences with her boss and decided to file a report with the police.

“She had travelled to Saudi Arabia to work for her boss but things proved to be difficult between the two. Due to the differences, she reported the matter to the police and committed suicide while in police custody.

“What we are asking is how a police station where people who seek refuge can turn into a crime scene? We are very shocked and we call in the police to give us a detailed report on what transpired,” the representative stated.

The family has called on the government to intervene and investigate the death of the 39-year-old mother of four.

They also want the Ministry of Foreign Affairs to help them bring back the body of their kin for burial.

“We have lost two of our loved ones and we just call on the government to help bring out kin back home,” a family member said.

Women Offered Me Millions, Land, Car to Marry Them – Pastor Ng’ang’a < Previous
This is What’s Trending in Nairobi This Wednesday Next >
Recommended stories you may like: