Diamond on Collab With Rihanna: “Discussions Have Been Fruitful” 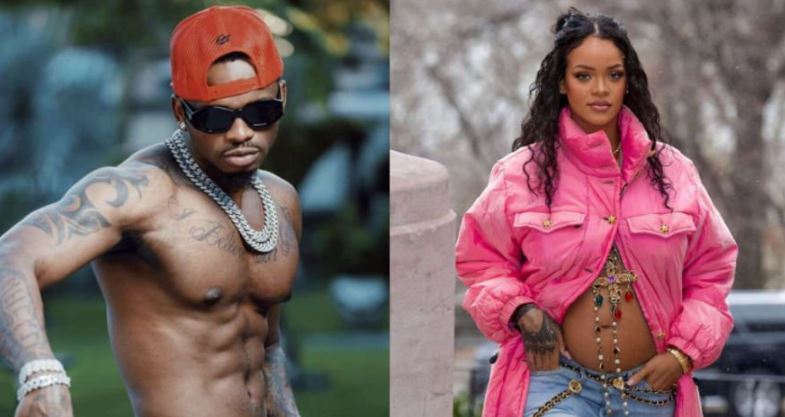 Tanzania’s Bongo Flava music star Diamond Platnumz says a collaboration with Rihanna is in the works.

The musician says his camp has already approached Rihanna and their respective representatives are locked in negotiations.

In an interview with the BBC, Diamond said talks have been positive for Rihanna to feature in one of his upcoming albums.

“I would love to work with Rihanna. I feel like our song could be great. If not in my current album then the next one. My team has already initiated talks with her management and the discussions have been fruitful. We have reached some level of understanding,” he said.

Diamond noted that such a collabo can only be realised after Rihanna delivers her child.

“With the Rihanna situation at the moment, she could still feature on my current album but my best bet would be on my next album,” he added.

Diamond is in the UK to promote his EP First of All (FOA) and held a listening party for the 12-track EP  on Wednesday.

The 31-year-old said the EP was a teaser and there is more to come.