You Forgave Raila, You Can Forgive Ruto Too, Waiguru to Uhuru 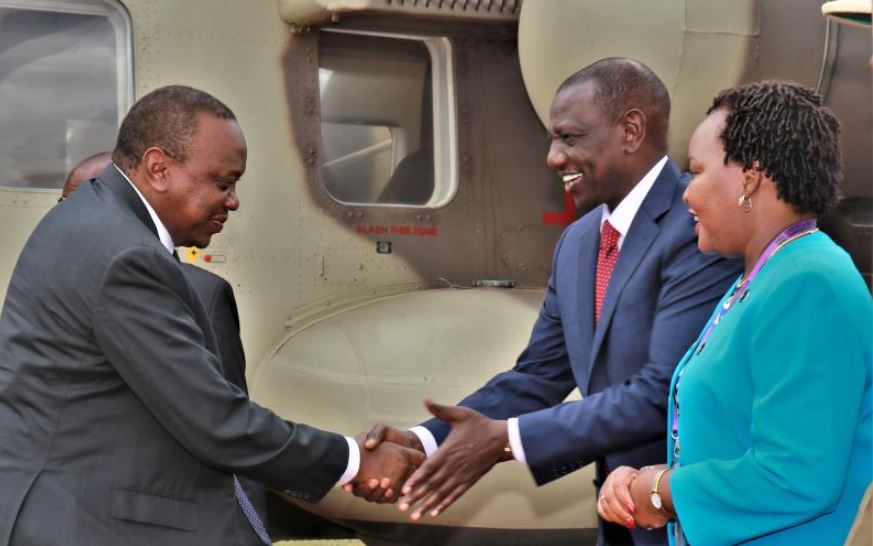 Speaking at a rally on Tuesday, March 29, Waiguru said Uhuru should initiate a new handshake with Ruto to alleviate political tensions between their allies and supporters.

This comes in the wake of President Uhuru’s recent bombshell that Ruto planned to impeach him.

“Some characters surrounding the president have for umpteenth times hatched plans to malign DP Ruto’s name. But it has been hitting a snag all through.

“All I can advise you our dear president is for you to extend a handshake with your deputy because the love that Kenyans have for Ruto is immeasurable,” Waiguru said.

“Those who wanted to overthrow your government are well known. There is evidence to that effect and it was well shown in broad daylight. Even after he illegally swore himself, you still had a place in your heart to forgive him and close ranks with him. If that was possible, what of a person who helped you achieve the presidency?” Waiguru wondered.

She added: “If you managed to get a handshake deal with Raila, we are pleading with you that in the next four months, kindly shake hands with Ruto so that you do not leave divided factions when your time in power lapses.”

Sacked Facebook Worker Threatens To Sue over Working Conditions in Nairobi Office < Previous
Why Wanjigi Doesn’t Check His Bank Account Balance Next >
Recommended stories you may like: