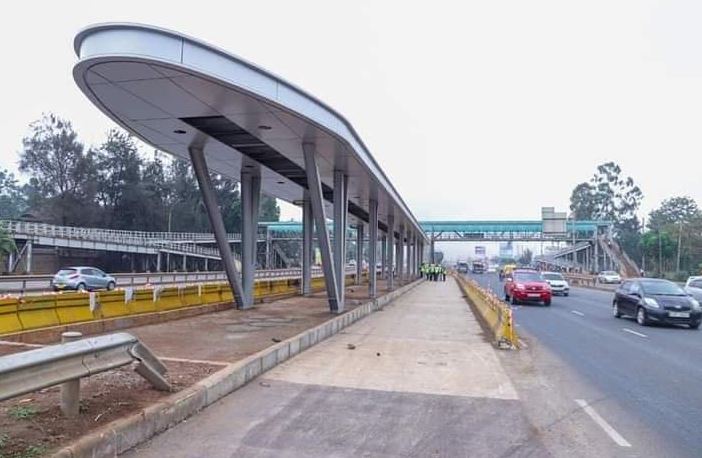 Construction of the Nairobi Bus Rapid Transport System along the Thika Superhighway is still ongoing contrary to reports that the project has stalled for months, the govt has said.

The project has been experiencing delays and it was initially set to be launched on February 1 as projected by the Nairobi Metropolitan Area Transport Authority (Namata).

As of February 10, Namata Director-General Francis Gitau said the BRT was 70 percent done. He blamed the delay on the pandemic.

He spoke to journalists at Ardhi House alongside Principal Secretary in the State Department of Housing and Urban Development, Mr Charles Hinga.

Ps Hinga said they expect to start trials for the BRT system in July.

“We are working at the factory on the structures, which once completed, will be delivered on-site. Work is still going on and we are expecting to start trials by July,” said the PS.

PS Hinga denied the project has stalled saying most of the work is not being done on the site.

“The bulk of it happens in a factory because it’s a fabrication of steel; we don’t do it by the road.”

Hinga said the BRT will utilize intelligent traffic systems where there are no dedicated BRT corridors.

“In the Pangani interchange, where we have six lanes narrowing to a few, we shall implement the ITS system that allows us to install the Urban Traffic Control. This is the process of controlling traffic signals remotely. It will allow the buses to communicate with the ITS,” he said.

“In case of any delays, the BRT will communicate to the ITS, alerting them to keep the lights on for some minutes as they try to catch up,” Hinga added.

The Advanced Public Transport Management System will notify commuters of the schedule.

“The system will let commuters know when the bus will arrive or how far it is and where its next stop will be,” he said.

“It(BRT) should be a source of pride for Nairobi. I hope I won’t have to drive to work and instead will be able to park at a BRT facility and then take the bus to town,” the PS added.