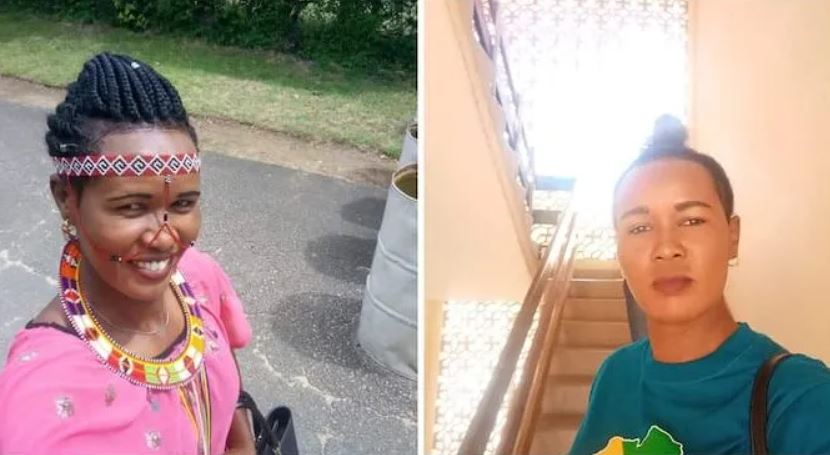 Two suspects including a Kenya Defence Forces (KDF) soldier have been arrested following the death of a KDF Officer in a suspected love triangle in Embakasi, Nairobi.

John Gitau Mary, based at the Embakasi Garrison, is said to have stabbed Esuron Phoebe Kaele at his rented house in Kidero Place on Sunday, March 6, at about 11 am.

The deceased, a KDF officer based in Modica Garisson in Garissa, had paid her boyfriend a surprise visit when she found a woman’s pair of shoes at his doorstep.

According to police, Gitau was in the company of the second suspect Hilda Kobia Kajuju in what is believed to be a love triangle.

A heated confrontation ensued before Gitau picked a kitchen knife and stabbed Phoebe in the neck.

“Upon inquiring from her boyfriend who the owner of the shoes was, a quarrel ensued. The quarrel got ugly and in the process, the accused person took a kitchen knife and stabbed the deceased on the rear right side of the neck and the deceased succumbed to the injuries,” police say.

After stabbing his girlfriend, Gitau reportedly called a colleague and confessed to the heinous crime.

“The officer called his workmate identified as Evans Munene and informed him that he had ended the life of his girlfriend,” a police report added.

Police rushed to the scene and recovered a kitchen knife and a bucket with blood-soaked clothes in the bathroom.

They also arrested the suspect and his companion Hilda Kobia.

The body of the deceased was moved to Forces Memorial Shujaa Hospital morgue as detectives launched further investigations.

DP Ruto: It’s Not Possible to Steal Votes From Me < Previous
Everything Trending in Nairobi This Tuesday Next >
Recommended stories you may like: