DP Ruto: It’s Not Possible to Steal Votes From Me 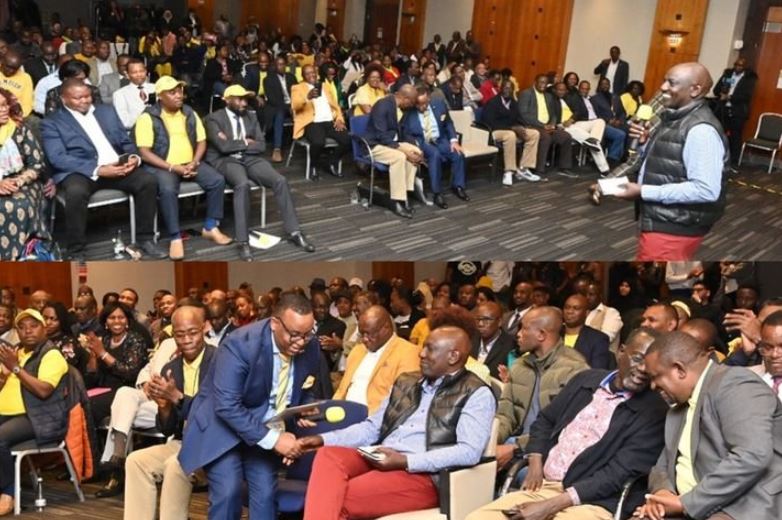 William Ruto is not the type of person to steal votes from, the Deputy President has declared.

Speaking at the Holiday Inn Hotel in London on Monday, DP Ruto expressed confidence in the Kenya electoral process saying it is not possible to rig the elections.

“If you look at me properly, I am not the type that anybody can steal their votes from. It is not possible,” Ruto said in a Question-and-Answer session with supporters of his United Democratic Alliance (UDA) party in the diaspora.

“Let me give you my word that this election will not be stolen and I have full confidence in our electoral processes,” the DP added.

Ruto also claimed his main rivals, the Azimio La Umoja camp led by ODM chief Raila Odinga, were not a threat to his victory in the August election.

“The only thing they (handshake team) can do is maybe to cause violence. However, even on that, we shall not allow it to happen,” he said.

DP Ruto at the same time challenged Raila to publicly pronounce his commitment to concede defeat should he lose the election.

Ruto further reiterated that the March 2018 handshake between President Uhuru Kenyatta and Mr Odinga derailed development in the country.

“I have seen how effective, simple, concrete decisions can change a nation. I have also seen how simple, wrong decisions can also take us backwards. After 2017, we had the Big 4 plan,” said Ruto.

Anne Waiguru, Moses Kuria on EACC Radar Over Alleged Graft < Previous
KDF Officer Killed by Soldier Boyfriend After She Found Woman At His House Next >
Recommended stories you may like: