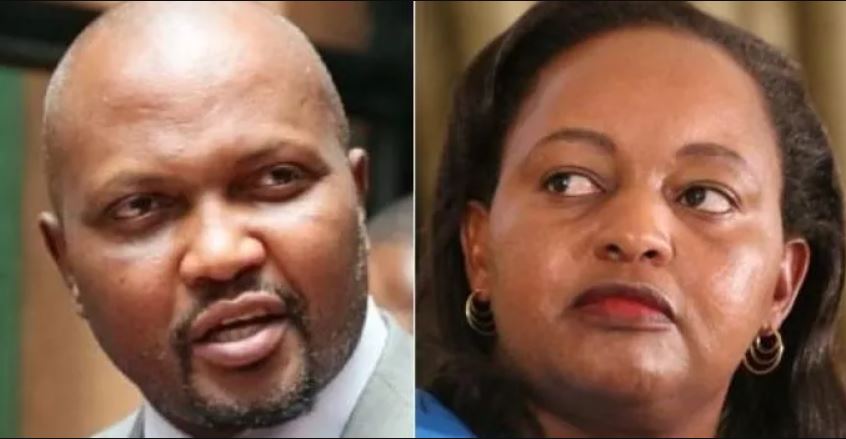 The commission has since presented their files against the politicians to the Director of Public Prosecutions for further action.

The Kirinyaga Governor and the Gatundu youth MP are facing separate graft charges.

On Waiguru, the EACC alleges the governor received imprests for non-existent travels, allegations that featured prominently during her failed impeachment in June 2020.

EACC has also been investigating Waiguru over plans to make irregular payment of Sh52.8 million to a land surveying company for the subdivision of New South Ngariama Scheme in 2006.

Moses Kuria on the other hand is alleged to have received Sh3 million through Finishline Construction, a company linked to his brother.

The firm had been awarded a tender for construction of a dormitory at Wamwangi Secondary School for Sh12 million by the Ministry of Education.

“Investigations revealed that one of the directors of Finishline Construction is a brother to the MP and the MP was the beneficial recipient of the Sh3 million,” the report read.

Moses Kuria was yet to respond by press time whereas Waiguru issued a statement on social media crying politicoal witchhunt.

“This recommendation by EACC is pure politics intended to punish my move to UDA and to send a message to would be defectors as to the false charges that awaits them if they dare,” she wrote in part. 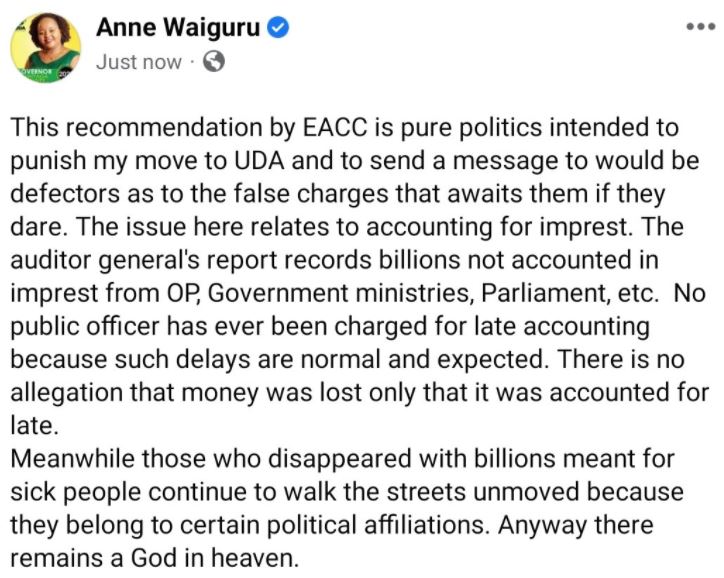 Blow for Kenyans as LPG Prices Surge Higher < Previous
DP Ruto: It’s Not Possible to Steal Votes From Me Next >
Recommended stories you may like: