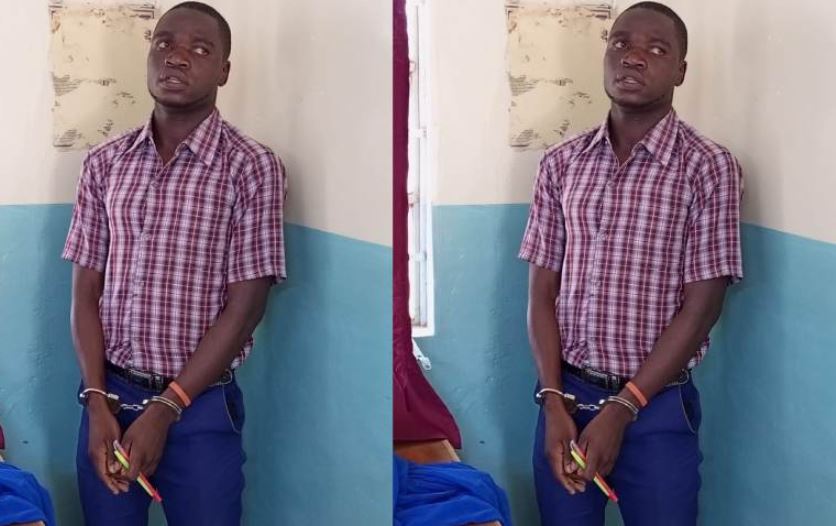 Police have arrested a man in Busia for sitting the Kenya Certificate of Secondary Education (KCSE) examination for his father.

George Barasa Makokha was caught by the exam centre supervisor impersonating his father Josephat Basoga Makokha, who was registered as a private candidate at Our Lady of Mercy Secondary School.

Barasa was sitting the English Paper One when the centre manager became suspicious.

“Police Officers from Busia Police Station guarding the English Paper one at Our Lady of Mercy Sec School were informed by the Centre Manager that there was a suspect who was impersonating a private candidate and writing the exam on his behalf,” a police report read in part.

“On receiving the report, the county security team led by the DCC and SCPC rushed to the center and found the suspect namely George Barasa Makokha a Luhya male adult and who upon interrogation disclosed that he had been sent by a candidate of Index Number 35960101026 registered for Busia sub-county private namely Josephat Basoga Makokha and who is the suspect’s father.

The suspect was detained at Busia police station. Sources intimated he works as a county officer.

“The suspect was escorted to the station and placed in custody to be charged with the offence of intent to impersonate and not being the registered candidate in contravention of section 30(c) of the KNEC Act,” the police report added.