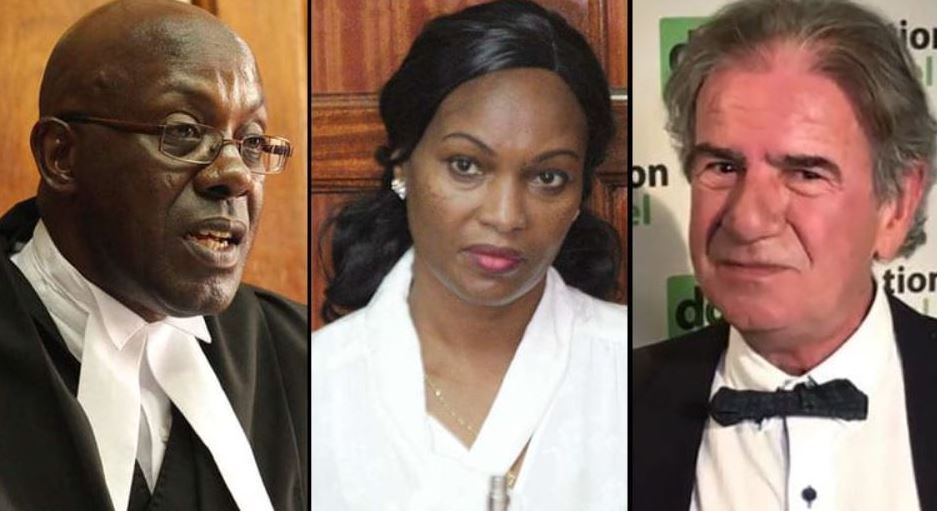 A prosecution witness in the Tob Cohen murder case has accused the lawyer representing key suspect Judge Sankale Ole Kantai of intimidating him.

In an affidavit filed before the High Court, a former driver for the Appellate Judge also accused Kantai’s brother of the same.

Jackson Lutoma Masista claims that lawyer Peter Wanyama and the judge’s brother James Sapuro have tried warning him against providing information to the Directorate of Criminal Investigations (DCI) about the embattled judge.

“In the recent past l have been receiving incessant calls from advocate representing Justice Sankale Ole Kantai one Peter Wanyama via mobile number 0721***689 warning me against being of assistance to the DCI on any matter touching on Justice Sankale and or making any disclosures to anybody on the matter concerning the judge,” Lutoma said.

The retired officer who worked for Judge Ole Kantai between 2015 and 2018 also alleged that lawyer Wanyama has been sending him WhatsApp messages through different mobile numbers to prevent their communication from being tapped or overheard by the DCI investigators.

“A brother of Justice Sankale whom l reasonably presume to be known as James Sapuro has also been incessantly calling me via mobile number 0713***238 and dissuading me from honouring any summons or invitation to the office of the DCI,” Lutoma added.

ALL THE PHOTOS From Sagana III < Previous
Katherine Borowitz: Wiki, Bio, Facts about John Turturro’s wife Next >
Recommended stories you may like: