ALL THE PHOTOS From Sagana III

President Uhuru Kenyatta has rallied Central Kenya residents to maintain the unity of purpose saying the region needs to speak with one voice on national matters including this year’s general elections.

Speaking on Wednesday at Sagana State Lodge in Nyeri County during a meeting with the region’s elected leadership and representatives of various special interest groups, President Kenyatta said peace was a prerequisite for development.

“When you elected me, I promised to work hard to unite Kenyans and ensure they live together in peace. This is because there can be no development without peace,” President Kenyatta said.

At the same time, the President cautioned Kenyans not to be hoodwinked into electing self-seeking politicians currently roaming the country abusing others and peddling falsehoods.

President Kenyatta, who outlined development projects his administration had implemented in Central Kenya, said the country had made tremendous progress during his tenure.

He said infrastructure, energy, water, agriculture and health are some of the sectors that experienced unprecedented expansion under his stewardship.

“What I say about development in the Mount Kenya region is the same thing I say in Mombasa, Nyanza and anywhere else in the country because that is the truth and I do not fear saying it,” the President said.

Once again, President Kenyatta reiterated his determination to fulfill his pre-election pledges saying he was uninterested in empty rhetoric and endless political contests.

“I have no time to insult others or tell lies. My focus has been and remains to be working for the unity and peace of all Kenyans. This is a sure way of ensuring the country achieves its development targets,” he said.

The President advised the youth to be mindful of the progress the country had made over the years and to avoid being drawn into divisive political sloganeering that threatens the country’s cohesion. 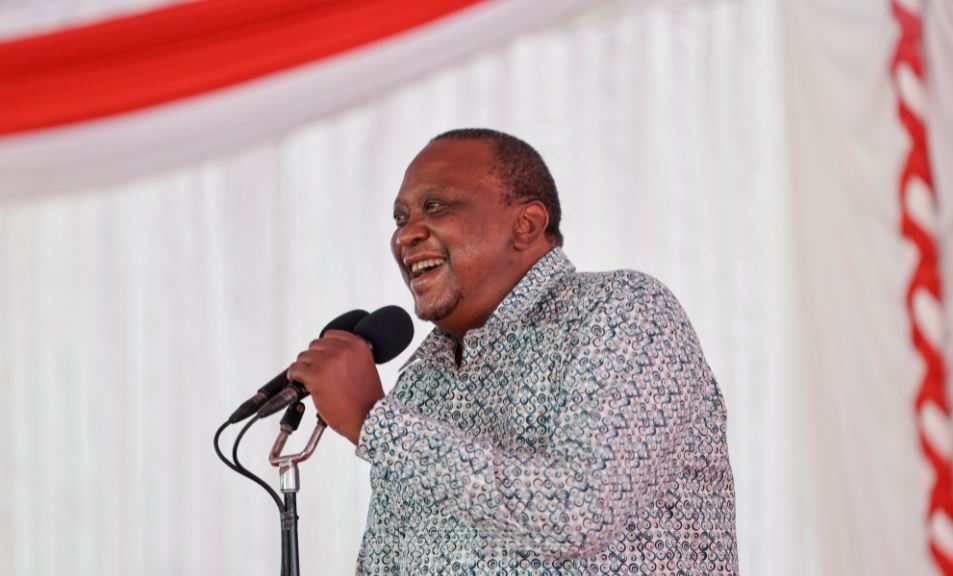 Prev1 of 19Next
Use your ← → (arrow) keys to browse
This is What’s Trending in Nairobi This Thursday < Previous
Witness in Tob Cohen Murder Case Accuses Judge Sankale’s Lawyer of Intimidation Next >
Recommended stories you may like: