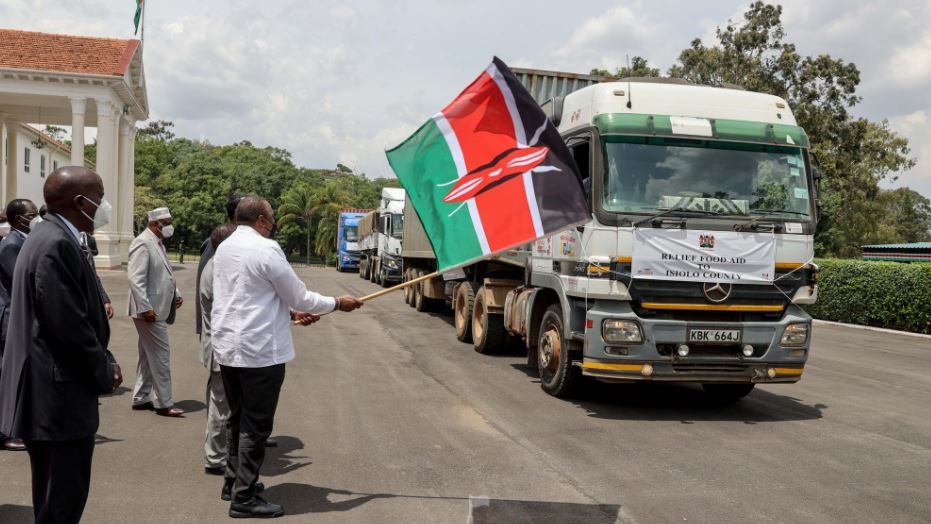 President Uhuru Kenyatta on Monday at State House, Nairobi, flagged off a consignment of emergency relief supplies to 23 arid and semi-arid counties affected by drought.

The relief intervention is set to benefit 2.3 million Kenyans in the affected counties.

Speaking at the occasion, President Kenyatta reaffirmed the Government’s commitment to providing both short-term and long-term solutions to drought by investing in community-based resilience and drought preparedness programmes.

The Head of State emphasized that the Government is focused on implementing interventions that will build resilience in all the vulnerable households, diversify livelihoods from drought-sensitive activities to drought-resilient ones as well as improve on early warning and impact forecasting systems.

“…this flagging ceremony of a caravan of hope is part of the many interventions that my administration has undertaken since the 8th of September 2021 when I declared the ongoing drought a national disaster and immediately put in place measures to cushion the affected populations,” President Kenyatta said.

The Head of State pointed out that the Government had released Kshs 2 billion to assist the affected households through relief food distribution, water trucking and a livestock offtake programme immediately after the declaration of the ongoing drought a national disaster late last year.

President Kenyatta said from October 2021 to date, a total of 11,250 cattle and 3,200 sheep and goats have been bought by the Kenya Meat Commission from the counties most affected by drought.

He added that the Government also launched the Emergency Relief Cash Transfer in December 2021 which saw the disbursement of over Kshs 600 million through the M-Pesa platform to over 225,000 vulnerable households which translates to a population of over one million.

“The boreholes are complete with the associated works for domestic and livestock use. We are now expanding the programme to cover the Wajir, Mandera, Garissa, Tana River, Meru, parts of Machakos and Kitui counties,” he said. 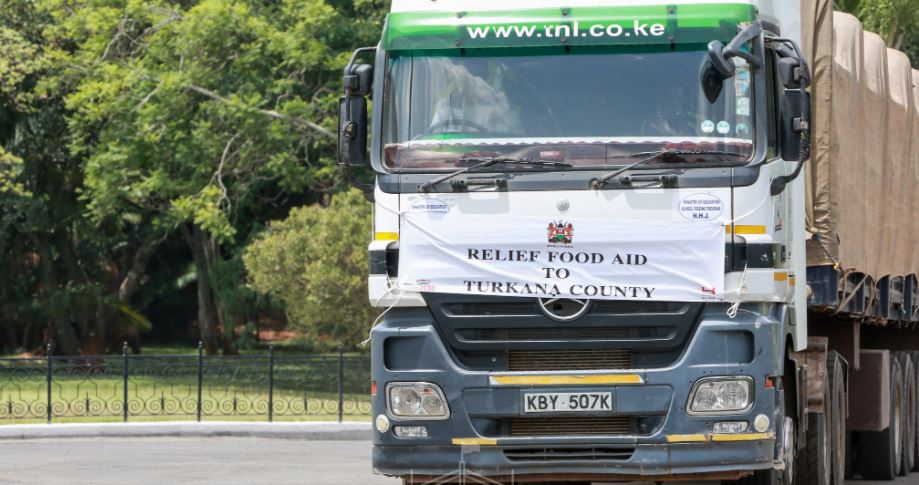 At the same time, the President directed the responsible ministries and agencies to immediately complement the cash transfer programme with relief food distribution to overcome challenges such as vulnerable households lacking mobile telephone numbers and devices.

“I also direct all responsible ministries and agencies to ensure that the livestock offtake programme, the water trucking programme, and donated medical supplies and relief food reach the affected populations in these counties without any delays,” the President said.

He thanked all stakeholders including county governments, humanitarian agencies and development partners for supporting the national Government’s drought response measures.

Council of Governors Chairman Martin Wambora who is also the governor of Embu and his Mandera counterpart Ali Roba who is also Chairman of ASAL counties thanked President Kenyatta and the national Government for stepping in to assist counties ravaged by the drought.

“Your Excellency, allow me to thank the national Government under your abled leadership for the continued support of the ASAL counties especially during this very difficult time when we are experiencing ravaging impacts of climate shock and stretches,” Governor Wambora said. 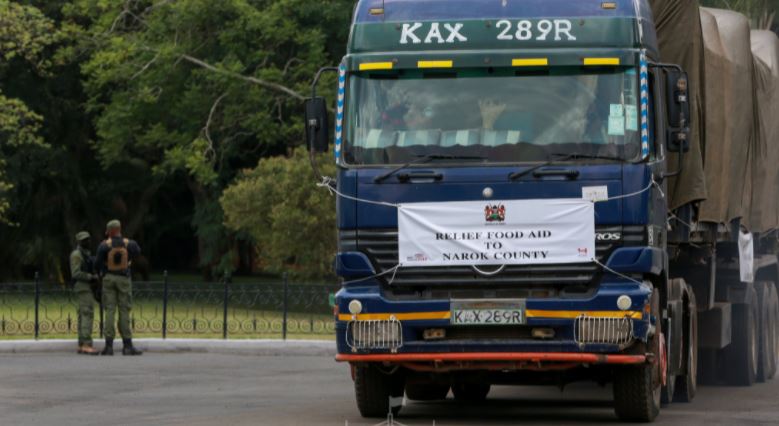 Q&A With CEO of Raila’s Campaign Board, Elizabeth Meyo < Previous
This is What’s Trending in Nairobi Today Next >
Recommended stories you may like: