Q&A With CEO of Raila’s Campaign Board, Elizabeth Meyo 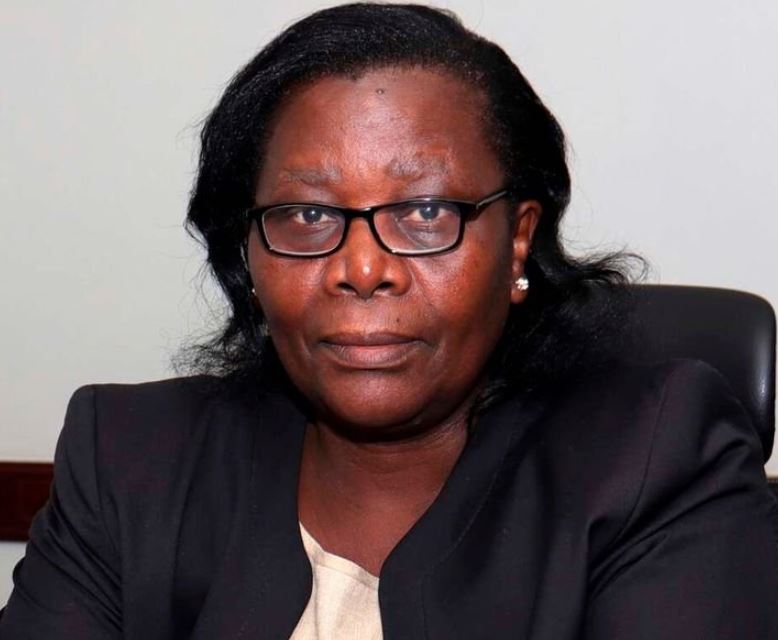 Elizabeth Meyo, the CEO and spokesperson of Raila Odinga’s presidential campaign board, spoke to the Nation about their plans to ensure the ODM leader wins the August elections.

How confident are you of a Raila victory in the August 9 General Election?

I am confident that we can run a well-organized, credible and captivating campaign, enough to secure victory for Mr Odinga. The guarantee of victory will come from the millions of Kenyans who support his dreams and aspirations for this nation.

Mr Odinga has unsuccessfully contested for the presidency four times, what new strategies are you putting in place to guarantee victory this time?

It doesn’t matter how many times one runs for president, but the entire country has been privy to the dynamics around the four times Mr Odinga has run. This time, more Kenyans and demographics have had a chance to understand the candidate and his statesman ambitions for our country. We expect a more unequivocal vote and wider mandate, given that Mr Odinga’s appeal continues to grow beyond previous core bases.

This question would be better answered by the DP and his allies. What we know is that Mr Odinga is a project of the people of Kenya and will always be so.

President Uhuru Kenyatta has openly declared his support for Azimio and promised to hit the road, how do you view this in light of the Odinga state-project tag?

President Kenyatta has stated openly that he carries only one vote and will give it to his preferred candidate. There is no compelling reason to believe that his declared vote presupposes a state project.

We are of course proud and honoured to receive the support of the President, and I’m sure our candidate and his team will reward this trust by working hard for Kenyans and not letting the President down.

What distinct campaign plans are you deploying for each of the countries eight regions – Central, Eastern, Rift Valley, Coast, Nairobi, North Eastern, Nyanza and Western?

We are not at liberty to discuss our campaign plans and strategies, but suffice it to say that you will see us in a big way across the country. As the candidate for unity and one indivisible nation, our candidate doesn’t see the country in terms of provinces and regions, but as one country with similar problems, dreams, aspirations and a single destiny.

Mt Kenya region seems to have attracted a lot of attention from the presidential candidates as Jubilee Party, which enjoyed a lot of support in the region in 2017, will not field a candidate in August, what are your plans for the region?

As with the last question, we see the country as one, so the message to all corners of the country will be the same; that together we can achieve the third liberation of economic renaissance and shared prosperity. We are not persuaded to zone the country and compartmentalise messaging, because that encourages the divisions we are currently trying to heal. The Mt Kenya vote will be integral to Mr Odinga’s victory, just like all the other votes.

Previous interviews by Nation have revealed plans for the region to produce Mr Odinga’s running mate, is this the position?

As you are aware, running mates are appointed by the candidates themselves, and this will be Mr Odinga’s prerogative. We have to wait and see.

Are there any circumstances under which you may reconsider picking Mr Odinga’s running mate from the region?

Just as I have stated, we have to wait and see. I’m sure Mr Odinga will settle on a running mate who helps move his unity agenda forward, regardless of region of origin.

Wiper leader Kalonzo Musyoka was Mr Odinga’s running mate in both 2013 and 2017. As the team overseeing the Azimio campaigns, do you have plans to have him rejoin Mr Odinga for the sake of the 2022 elections?

We have consistently stated that Azimio is a gather-all movement, intending to create a super coalition of well-meaning Kenyans so that our electoral victory is not just a single man’s triumph. Needless to say, if Mr Kalonzo Musyoka joins Azimio, we will be one step closer to achieving this.

Is there anything you are offering him and his One Kenya Alliance brigade?

I am not at liberty to discuss this. Any agreements in this regard will be undertaken at the principals’ level.

Recently, Amani National Congress leader Musalia Mudavadi and his Ford Kenya counterpart Moses Wetang’ula joined DP Ruto’s camp to form Kenya Kwanza Alliance, are there any efforts you are making to have them cross to your camp?

There is too much energy spent by the media discussing who defects from where to where. I think this is vanity. The two leaders have made their stand and we respect it. Let’s leave it at that.

Should they express such an interest, what can you offer them?

Offers are not the currency of Azimio politics. It would be foolhardy for me to discuss offers for two individuals while trying to bring millions of Kenyans into the Azimio movement.

Is there a work in progress for the formation of a national campaign team involving Azimio bigwigs akin to the ODM Pentagon of 2007?

There is a lot of work in progress in winning the August elections. The modalities around it will evolve with time. So this question is premature.

Is President Kenyatta, Jubilee Party’s leader, likely to take part in Mr Odinga’s campaigns now that ODM and Jubilee are working together?

I cannot speak for the President and what he is likely to do. We will wait and see.

Are you banking on his (President’s) support, especially in his Mt Kenya backyard?

His support in Mt Kenya would be very crucial, so yes, we value his support. But he is President of the entire country and has done a great job, so we cannot confine his influence to just the Mt Kenya region.

Do you have a target of elected leaders for each elective position, from MCAs to governors? How many do you target for each position?

What’s the strategy to net majority and have control of the three houses – National Assembly, Senate and county assemblies?

The strategy is to sell our agenda to all Kenyans so that we resoundingly get their huge mandate in all electoral contests.

Should Kenyans expect pure Azimio candidates on the ballot or individual parties within the Azimio banner will be allowed to field own candidates?

When the coalition is launched, discussions will commence with all member parties on such dynamics. For now, we can only hope all will go well.

What mode of nominations will you employ?

Ask again after the coalition is launched.

Democratic Action Party-Kenya , which is within Azimio, has already stated that it will field its own candidates, what’s your take?

I cannot speak for DAP-K.

In areas where individual parties field own candidates, how do you plan to cure sibling rivalries witnessed in the National Super Alliance (Nasa) in 2017?

This will form part of the discussions with allied parties in the Azimio coalition. As you are aware, the time hasn’t come.

You are celebrated for spearheading the roll-out of iTax, which has revolutionised revenue collection in Kenya, what plans, in terms of economic revolution, are you putting in place to shape Mr Odinga’s administration?

My background as a tax expert means I feel confident I can play an integral role in identifying and improving revenue streams for the new government, spur greater fiscal discipline and build the critical cogs around a massive economic revival.

Of course, I am still the CEO of the campaign secretariat for now, but after the election, I would be more than willing to heed the call of my President to serve in whatever capacity to move forward his transformation agenda. I am sure the new President will have a huge pool of talent from which to pick experts to deliver his manifesto items.

My parting shot is an appeal to Kenyans to internalise the crossroads our country finds itself at, where agents of corruption and division have come packaging themselves as latter-day saviours. We must critically examine the journey we have travelled as a country and where we are going, and make a conscious decision that we cannot hand over our precious country to hyenas.

There is no doubt that only the Rt Hon Odinga offers the stability, safety and wisdom that will guarantee that our children inherit a country they will be proud to live in. Let us come out in large numbers in August to make this statement and secure the destiny of our beloved country.

‘Selina’ Coming to an End After 6 Seasons < Previous
President Kenyatta Flags Off Emergency Relief Supplies To Drought-Hit Counties Next >
Recommended stories you may like: