Magistrate Suspended Over Waititu Bail Quits After Being Reinstated 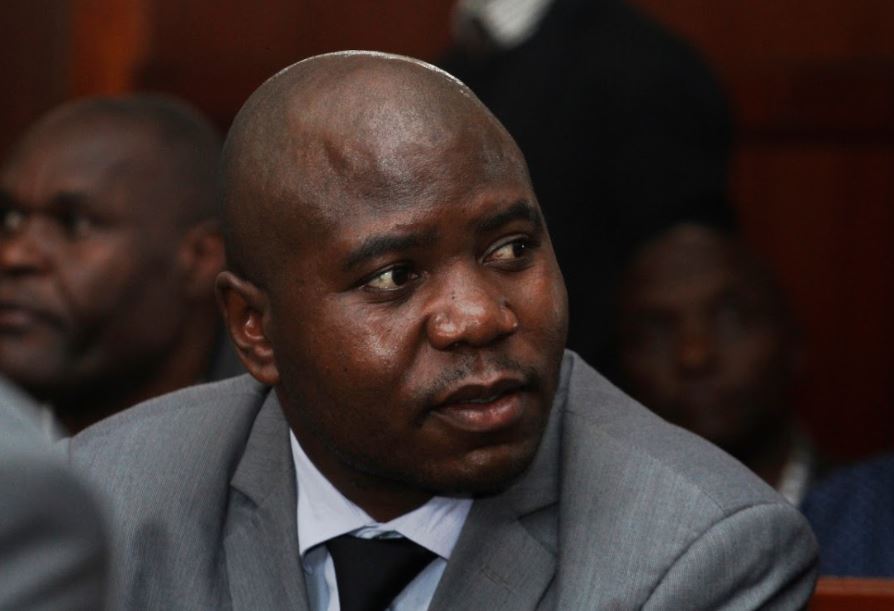 Former Principal Magistrate Brian Khaemba has resigned despite being reinstated by the Court of Appeal.

Khaemba, who was attached to the Kiambu Law courts, had been suspended by the retired Chief Justice David Maraga on June 19, 2019, for gross misconduct.

He was found to have issued anticipatory bail while on sick leave to former Kiambu governor Ferdinand Waititu in a Ksh588 million graft case.

A three-judge bench later reinstated him after he won an appeal against the former CJ.

However, by December 2020 when the court of Appeal upheld the High Court decision that had in June 2020 reinstated him, Khaemba had opened a law firm, which was generating huge sums of money, with over 120 active files in different courts.

“The money I could get as salary in the Judiciary for 12 months, I could make it within three days. Why would I go back to the judiciary? This is the place I ought to have been from way back,” Khaemba said last year.

On Wednesday, the lawyer reiterated he was not interested in the Magistrate’s job.

“Even though I was reinstated to my position as a Magistrate by the Court of Appeal, I officially and mutually disengaged with my former employer, the Judicial Service Commission,” he wrote on his Facebook page.

“Indeed, it was a great honour to move through the ranks, more so having joined the institution in the early stages of my legal career. Many thanks to all those judges, magistrates, Kadhis, Judiciary staff, advocates, State Counsels, police and other players in the justice system that I served with,” he added.

Khaemba, who worked as a magistrate for nine years, also announced his entry into elective politics.

Churchill Show Cuts Ties With NTV Over Cost of Production < Previous
Rogue Probox Driver Knocks Down Traffic Policewoman in Msa Then Speeds Off Next >
Recommended stories you may like: