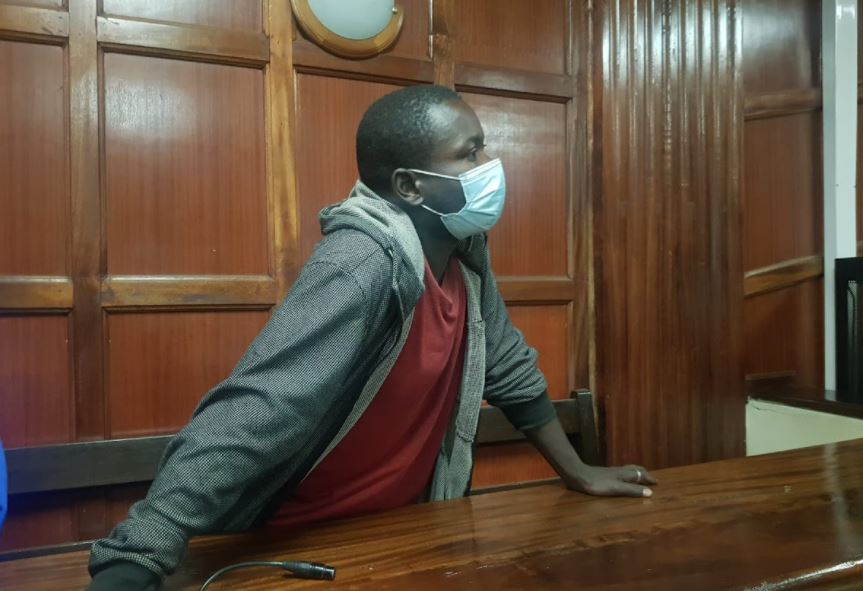 A courtroom at the Milimani Law Courts in Nairobi was left stunned after a suspect explained why he stole Bibles from a supermarket.

Augustine Wanyonyi appeared before chief magistrate Susan Shitubi on Wednesday. The court heard that he stole two Bibles valued at Sh2100 on January 30 at Naivas Supermarket along Moi Avenue.

Prosecution counsel Alice Mathangani told the court that Wanyonyi went to Naivas at around 3.20 pm and stole two bible copies and hid them in his pants.

The 34-year-old was captured by the supermarket’s CCTV footage and later arrested.

The court further heard that Wanyonyi is a serial shoplifter; in December 2021, he was charged and released by another court after he pleaded for forgiveness.

On Wednesday, Wanyonyi pleaded guilty to stealing the Bibles and explained he did it because he wanted to spread the word of God instead of committing suicide.

“After I was released in my previous offence by the court, I found my house in Mukuru kwa Njenga had been demolished. I opted to steal in order to read the bible instead of committing suicide to know more about God and preach his word to matatu passengers,” the accused claimed.

Wanyonyi added that he stole two Bibles because his wife also needed one.

Magistrate Shitubi ordered for his pre-sentencing report to be filed in court within 7 days before jailing him.

Kenya Power Scheduled Maintenance for Today: Thursday, February 3, 2022 < Previous
How I Will Turn Machakos into a City in 5 Years – Nzioka Waita Next >
Recommended stories you may like: