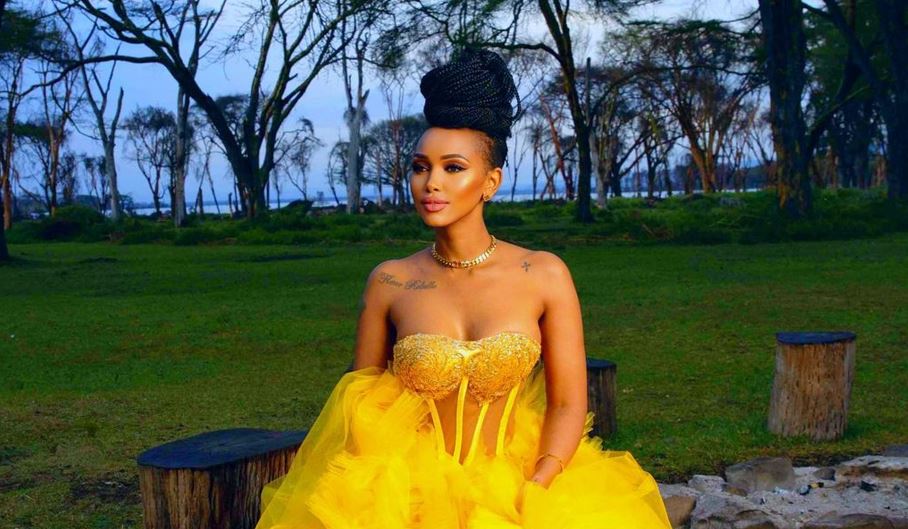 For years, the nude model turned entrepreneur has been all about living large and consumerism.

This year, the Huddah Cosmetics founder is on a mission to lead a simpler and more fulfilling lifestyle.

She took to her Instatories to reveal that her big house was one of her unnecessary assets as it never brought her satisfaction. Huddah admitted the house was all for showing off.

“I wanna be a minimalist in living…but not in the bank. If I’m alone, a 2 bedroom condo is it for me, kinda things…I have lived in a large home and the only thing is never, it never brought me satisfaction. Show off is 2019. If we wanna show off, show me your best self in 20 years,” she wrote.

Huddah continued; “I had a 5 bedroom house and I only lived in 1 room and never ever used my two living rooms. The rest of the rooms were empty. Filled with things I didn’t need. Clothes I never wore, shoes I never needed just for show on these IG streets🤣.”

The cosmetics entrepreneur noted that a minimalist lifestyle does not mean one is broke.

“Check around what you don’t need and give out asap! minimalist doesn’t mean broke, just better use of $$ you didn’t come to work and slave all your life. You dig?” she wrote.

Huddah also announced she is giving out most of her stuff and selling the more expensive ones to raise funds for her eponymous foundation.

“Like I said last year I wanna be wearing the same style outfit..mtongea mchoke… Giving out 90 per cent of my clothes and shoes to charity this weekend I wear most of my stuff once, and I always feel good giving back.”

Check out some of her Instastories below. 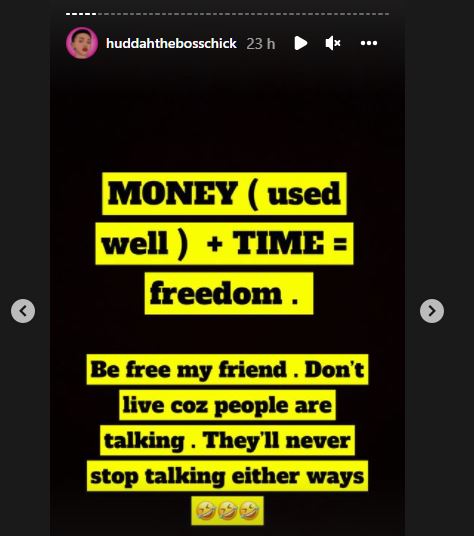 Prev1 of 8Next
Use your ← → (arrow) keys to browse
TikTok Star Azziad Nasenya Bags Endorsement Deal < Previous
DJ Mo Talks About Size 8 “Pregnancy”, Sleeping on Corridor in Githurai Next >
Recommended stories you may like: