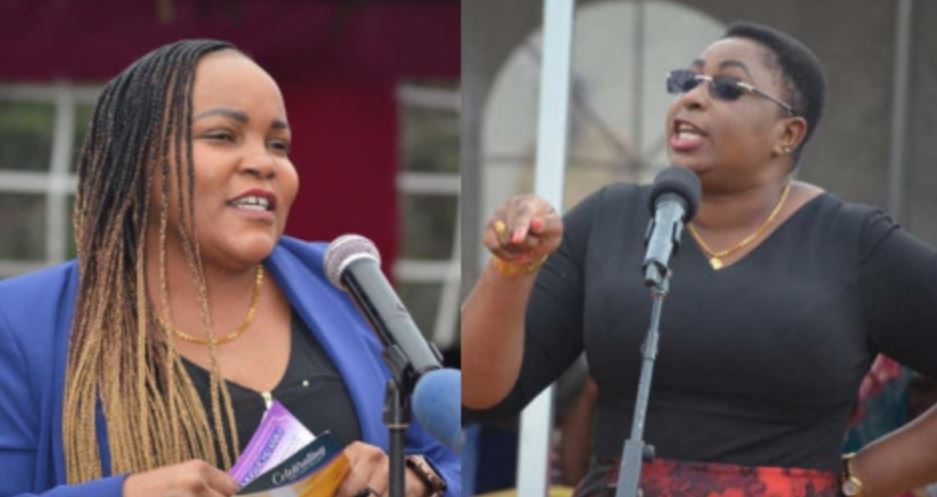 Speaking to a local daily on Sunday, Ngirici claimed she was mistreated and abused by members of the UDA camp.

The politician mentioned that she was body-shamed by Malindi MP Aisha Jumwa.

“Sometimes back, in our UDA WhatsApp group, I was humiliated and body-shamed by the likes of Aisha Jumwa but Ruto remained silent though he read the messages,”,” Ngirici said.

The Kirinyaga gubernatorial aspirant also claimed she was abused by members of the Tangatanga faction.

“At one time I was insulted in the TangaTanga WhatsApp group where Ruto is. My husband too was dragged into it and called names but he was not in the group to defend himself,” she said.

Ngirici declared she cannot return to UDA even if they offered her a direct ticket.

“For this reason, I can never go back to UDA even if I was given a direct ticket,” she stated.

Ngirici, whose exit from UDA was linked to Waiguru’s entry, denied these claims.

“My issues are not mainly because Waiguru joined UDA but the bullying which is happening in the party,” she said.

Ngirici also claimed that some UDA members are fed up with the mistreatment at the party and plotting to jump ship.

“From NorthEastern to Mt. Kenya region, I am in communication with leaders who have informed me they are waiting for the opportune time to move out of the party,” said Ngirici.

CRAZY – The Funny Memes Going Viral on Social Media < Previous
UDA is Blackmailing and Conning People after Running out of Funds, MP Claims Next >
Recommended stories you may like: