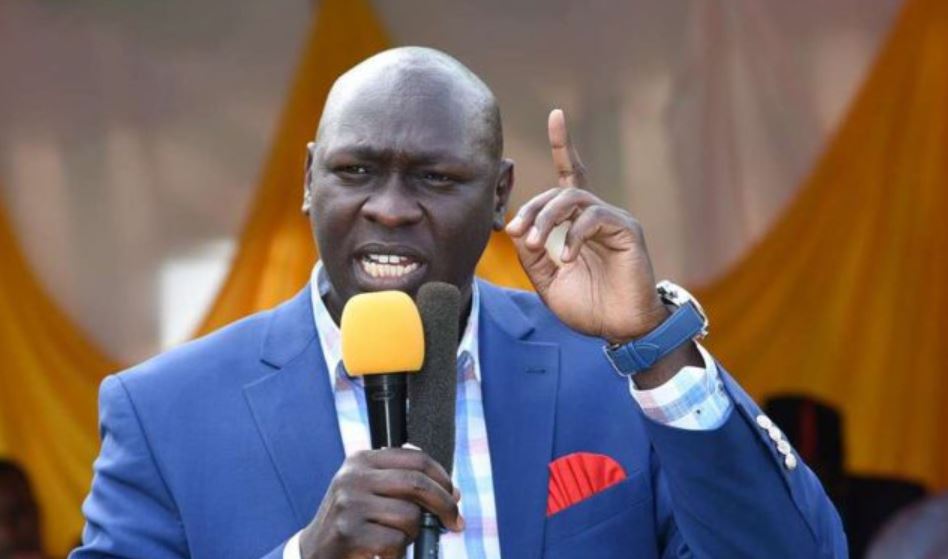 According to Kutuny, Ruto and his allies have consequently resorted to sinister ways to get more funds and investors.

Speaking to a local daily, Kutuny claimed Ruto and his men have been threatening to kick out investors who fail to fund their campaigns.

He also claimed that Ruto is wooing investors to fund their campaigns with a promise of giving them favourable business deals once they clinch power in the August General Elections.

“They no longer have resources and have to blackmail people and lie to potential investors to fund their campaigns,” Kutuny said.

Ndaragwa MP Jeremiah Kioni echoed Kutuny’s claims saying the UDA camp has been trying to blackmail and extort money from both local and foreign investors.

Kioni cited an incident where Kapseret MP Oscar Sudi and two foreigners were involved in a standoff at Wilson Airport on Wednesday, claiming that the investors in the incident were some of the people UDA are trying to lure to fund their campaigns.

“I believe they have conned people both locally and internationally. That is why you will see them with foreigners promising them investment opportunities,” the MP said.

Ruto’s allies have, however, denied allegations of blackmailing and extorting the investors.

Mathira MP Rigathi Gachagua said they have never promised anyone investment opportunities in exchange for their financial support.

“Those are mere propaganda. When did we even talk to those investors?” he posed.

Ngirici – Aisha Jumwa Bodyshamed Me as Ruto Watched < Previous
Eric Omondi Not Happy that Singer Goya Menor is Coming to Kenya Next >
Recommended stories you may like: