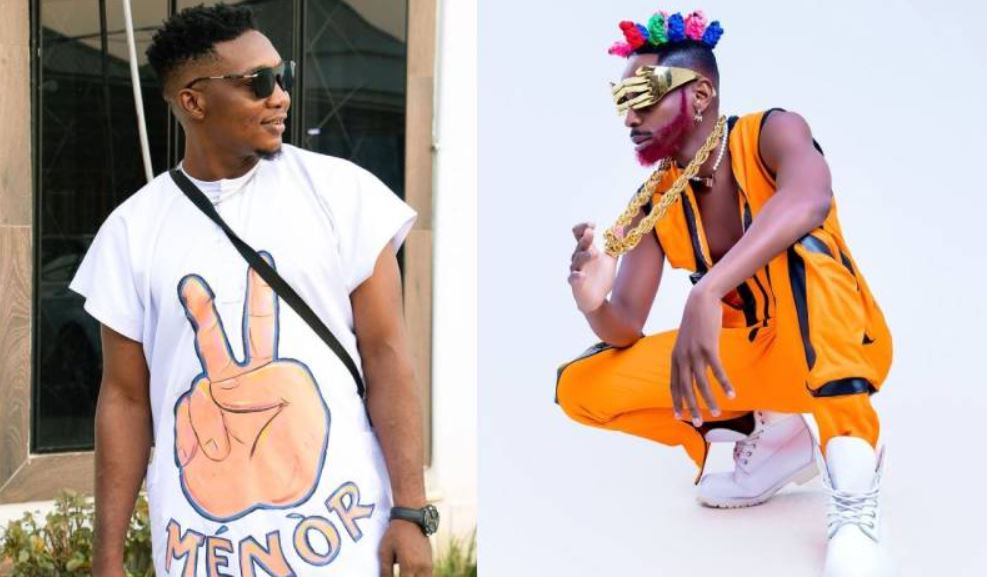 Comedian Eric Omondi has protested the impending visit of ‘You want to Bam bam’ singer Goya Menor to Kenya.

The fast-rising Nigerian singer, born Bright Goya, has confirmed his show in Nairobi on January 16, 2022.

Best known in Kenya and worldwide for the viral ‘Ameno’ Amapiano remix, Goya Menor will be performing at B Club.

“On the 16th of January if you really want to chill with the big boys come to B Club Nairobi because I’m going to be there,” said Goya.

The visit to Kenya is part of the rapper’s African tour and comes after his performance in Tanzania on January 8.

Reacting to the news of Goya Menor’s show, Eric Omondi claimed Kenya is becoming a joke.

The comedian, who has since appointed himself the gatekeeper of the local music industry, exclaimed that: “This nonsense will end this year! We are becoming a joke.”

Omondi has been championing better conditions for local acts. He wants local artistes to be prioritised over foreign acts.

He recently caused a fuss about the End of Year show headlined by Jamaican dancehall star Konshens.

“Honestly are we doing this badly? Is the State of our music Industry really this bad? I really have nothing against International artists. My heart is profusely bleeding for our industry. You honestly want to tell me that a @khaligraph_jones @otilebrown @realshinski concert cannot pull crowds on the last day of the year. I have no problem with Konshens. My Issue is our own messaging!!! We are and have been killing our own!!! It’s all in the messaging people, messaging is everything. So next week Kenyan artists will be unveiled as curtain-raisers,” Omondi complained last year.

UDA is Blackmailing and Conning People after Running out of Funds, MP Claims < Previous
Esther Musila Lists Traits of the Happiest Woman Next >
Recommended stories you may like: