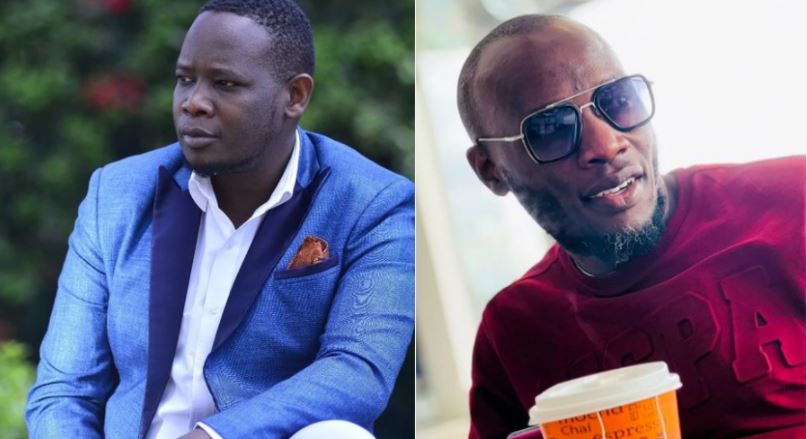 Rufftone(born Roy Smith Mwatia) made the revelation on live TV during an interview on NTV Tuesday night.

The Nairobi Senator aspirant appeared alongside radio presenter Jalang’o, where they discussed their party affiliations.

Rufftone is vying under DP Ruto’s UDA Party while Jalang’o is running for Lang’ata MP under ODM.

While defending his party of choice, Rufftone explained he does not subscribe to ODM’s ideology and pulled out the hooliganism card.

In doing so, the veteran gospel singer narrated how his own brother almost attacked him in 2007. At the time, Rufftone supported PNU while Daddy Owen was pro-ODM.

“There is a movement of hooliganism…I’ll be very honest…I was born in this country and I have been to Eastlands. In the year 2007, I remember my blood brother Daddy Owen was for ODM and I was for PNU. When we disagreed in the morning, Daddy Owen had to run out to the streets with his friends carrying Pangas wanting to [attack] me,” Rufftone narrated.

He added: “So I tend to believe that politics is about ideologies. And if we differ with you politically you don’t have to manifest physically to harm me, whether through verbal or physical.”

Rufftone also explained why he is the best candidate for Nairobi Senator.

“The reason why you should elect Roy Smith Mwatia aka Rufftone as your Senator is because I am a vibrant, visionary leader, God-fearing, I am focused, I have a good manifesto,” he said.

Rufftone further said: “I am coming to the grounds very soon, I have a couple of MCAs who are helping me draw our circuit. I have your best interest at heart. I am a Nairobian/village boy. I can tell you for sure, these issues about water, sewage…corruption…Those things will not happen if I am going to be the Senator of Nairobi come 2022.”

Jua Cali’s Smart Investment Plan For His Kids’ School fees < Previous
Hussein Mohamed Welcomes Tabitha Karanja to UDA in First Statement as Ruto’s Head of Comms Next >
Recommended stories you may like: