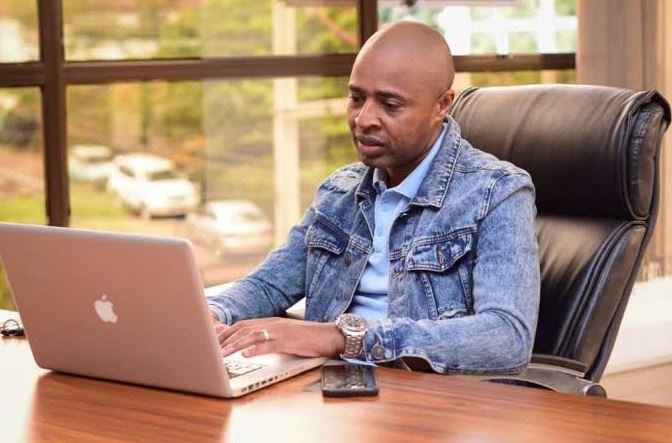 And that’s the year that thoroughly tested and shook seasoned entrepreneur and cryptocurrency guru Joe Kariuki who, around the month of June, saw his fortunes dwindle and witnessed the loss of over Ksh. 300 Million.

The great financial loss greatly affected the business mogul who saw his businesses collapse, investments fall, accounts running on empty and a threat of the auction of some of his most pricey possessions – including his Ksh. 12 million blue Ford Mustang. 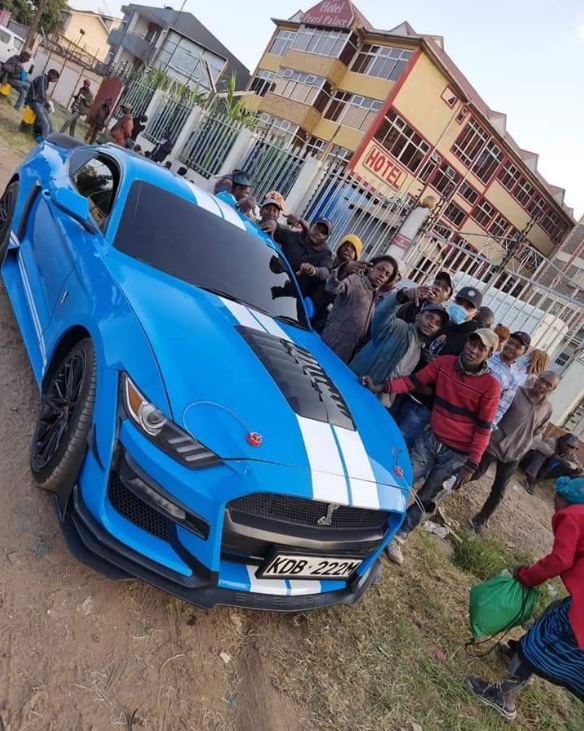 In the following months, Joe watched in horror as his fortunes fell as more and more losses continued hitting his businesses, affecting his work and even lost his entire workforce and shut down his offices.

The business titan has now opened up on the horrors of his painful loss and how he managed to bounce back. 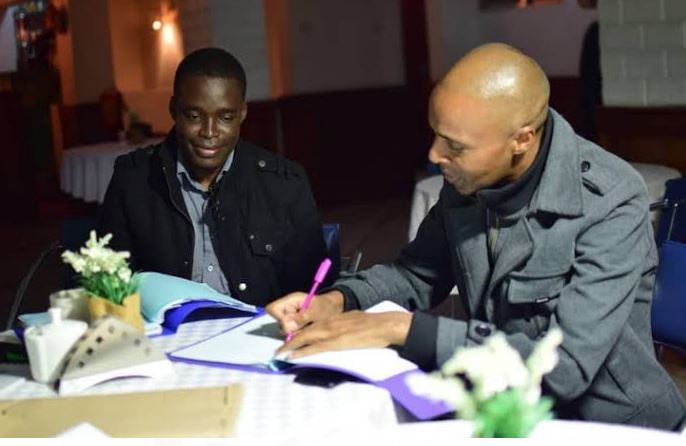 JOE: It was the craziest thing for me. I have been in business for years and I have never made such a massive loss ever. Its all about investing wrongly and putting your monies in the wrong deals that end up eating you up and suffocating you financially. I have successfully run Pessacoin, my cryptocurrency startup for years and made millions off of it. I did that while still running 51 Capital and keeping over 10 offices, from Eldoret to Mombasa to Nairobi and even abroad running. It’s a lesson I’ll never forget.

Q: After you made that loss, describe what happened next

JOE: They say you know your true friends and associates when you are at your lowest. I witnessed the exodus of all my closest confidants and even betrayal from some of my most trusted employees. I saw them all walk out on me, spite me and spit in my face as I faced my worst financial nightmare. Employees I had walked with for close to ten years walked out on me. It was a tough thing to face but I stood on my two feet and knew that it wouldn’t be long before I made a major comeback. I have now learned bitter lessons but life goes on.

Q: You talked of how the business losses led to you having auctioneers coming for you and all that

JOE: Yes, I have multiple properties and possessions worth over Ksh. 100 million. That’s what they were coming for. My cars, which are at least 7, would fetch well over Ksh. 50 million. And other things that I own. Farms, ranches, all that. Auctioneers wanted them all. My offices too in Westlands, everyone was on my neck. I was on the verge of losing it all to pay off massive debts. But like Donald Trump, I always find ways to remain at the top and keep my properties. I couldn’t let that just happen. I’m not built like that.

Q: A lot of your Pessacoin investors must have made huge losses too and lost money. You told me you’re doing something about that

JOE: Yes, yes… Alot of our investors lost majorly. They made losses too and its very regrettable. My comeback plan is to actually work towards refunding all the monies to these trusted investors. We are not like the Gakuyo Sacco where members lost all they had and even contemplated suicide. We are an honest entity and everyone who lost money through investing in us will definitely be refunded, that’s our comeback priority.

Q: There were also groups that you were training, women groups, youth groups, what happened to that?

JOE: Yes, we have captured all of that. In fact, those groups you’re talking about, we have already contacted almost all of those members and we have involved them in a program where we have been giving them free fertilizers, free pesticides, also involving them extensive farming trainings, in fact, we had one such program last weekend, at the offices. I’ll share the photos with you after this. Everyone who we used to work with is still considered and everything is quickly going back to how it was intended originally. So, people should relax. 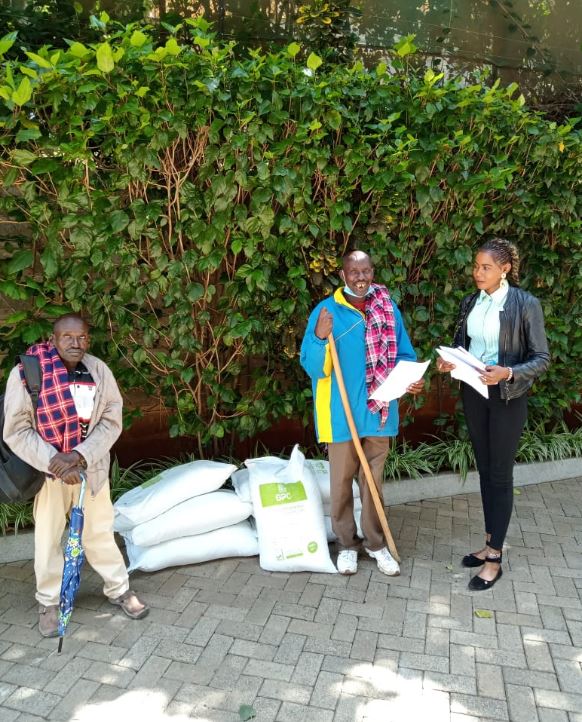 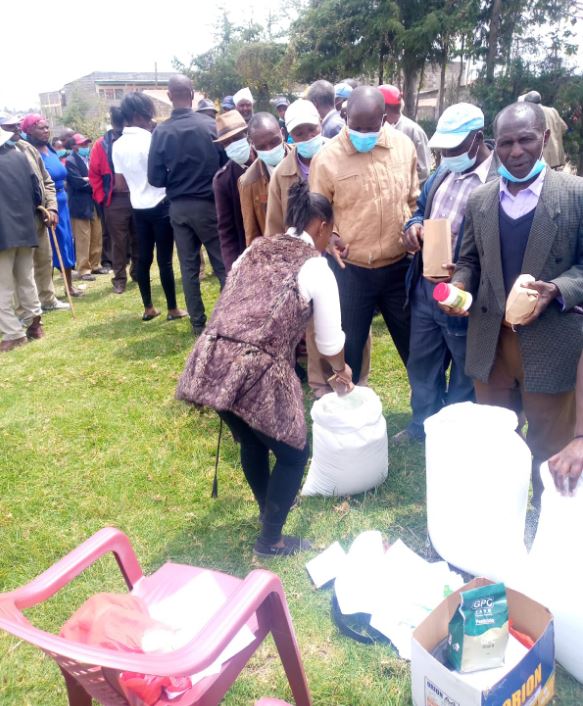 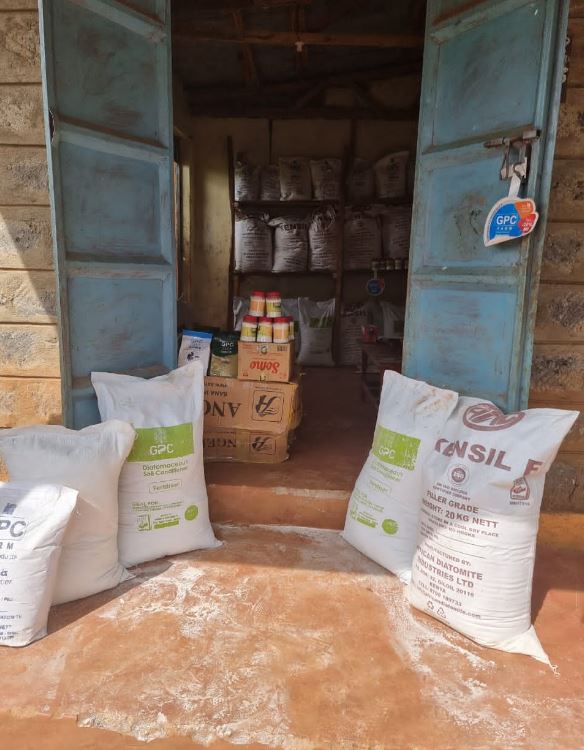 Q: You always have a knack for having the Midas Touch, that is, almost everything you touch becomes a success. How is that?

JOE: I don’t know. I guess it’s the grace of God. Everything I ever undertook, from media, to music business, to managing artists, running online businesses, launching Kenya’s first cryptocurrency and more, its always been a success. It has always brought me millions and changed the lives of my employees. Everything I touch turns to gold. That’s why such a loss didn’t worry too much. I have my way of bouncing back and doing it very fast.

Q: You’re now into Agro business and have already launched your private agribusiness company, tell us about it

JOE: I’m a deep thinker and an ideas person. I’ve always been passionate about farming and own massive ranches in Naivasha and Eldoret too. My tribulations got me thinking of venturing in a business that few have ventured into – and that’s when I launched my ‘GPC’ farm products that include fertilisers, pesticides, insecticides, earth powder and more. The business is only three weeks old and I cannot even believe the massive success. It has caught fire across the country. We’re getting such crazy orders I am totally overwhelmed. I wish I started it even earlier. Its mind-blowing. 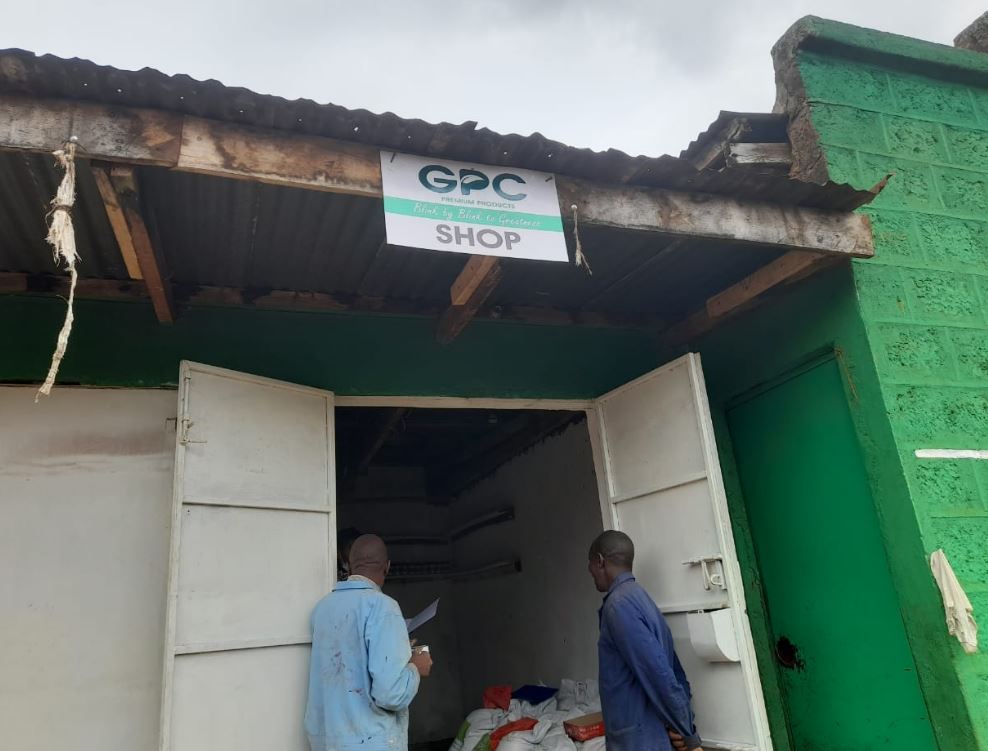 Q: You’re saying that you produce your own Agro products for animals and farms?

JOE: Yes, our production plant is in Nakuru. That’s where our factory is. I’ve employed over 100 youth who work day in, day out producing the products. And now, we have opened up close to 300 shops, from Embu to Kiambu to Kinangop, where we sell the products directly to the farmers. I have actually hired over 1500 youth scattered across the country who manage the shops and do free deliveries to farmers wherever they are.

Q: Wow. Sounds impressive. How did you do it so fast?

JOE: I’m a hard worker and I believe strongly in the beauty of my dreams. I rarely jump into loss-making businesses and I knew that farming and all this agribusiness would definitely pull me out of my financial hole. And it’s worked magic. Within a very short period of time, I have managed to pay off my debts, repossess all my properties, reopen my offices and hire new staff.

Q: Are you sure you’re not in the Illuminati as they say online?

JOE: Hahaha. That’s total nonsense. I work too hard to care about these haters. I’ve never belonged to any secret society. I’m a self-made man. From a Tanzanian prison for three years to coming back to Kenya and sitting with some of the biggest business lords in Nairobi. It’s just who I am. And if haters see me differently, well , I can’t help it. It’s what it is.

No Kenyan Artiste has Diamond’s Work Ethic: DJ Pinye < Previous
Jalang’o Made to Sign New Radio Contract Should He Lose Lang’ata MP Race Next >
Recommended stories you may like: