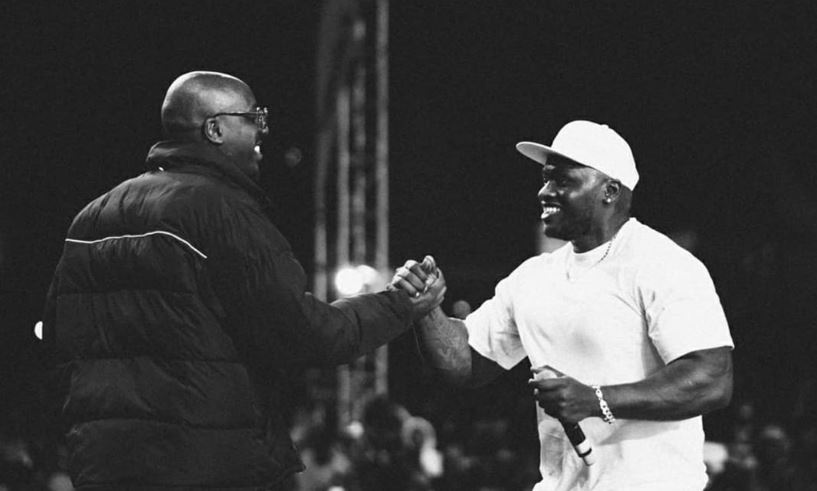 Through his socials, Bien said the rapper has since apologised for being wrong over their online beef. Apparently, Khaligraph admitted that he will never get abs.

“2022 started on a high! My long-term nemesis @khaligraph_jones apologized and admitted that I was right all along (he will never get abs if he only lifts weights in the gym),” Bien started.

The ‘Bald Man Anthem’ hitmaker said he has volunteered to curate a fitness regimen to help Khaligraph stay fitness instead of just building muscles.

“So now it is my duty to help him switch his diet and curate a special workout routine designed around fitness instead of bodybuilding,” said Bien.

The singer at the same time announced he is working on an EP with Khaligraph Jones. They previously worked to great effect on the hit song ‘Yes Bana’.

“2022 we are making the OG look great again coz he is back at the top of my fav African rappers and by the time we are doing a whole EP together, he shall be respected worldwide,” reads Bien’s post.

The ‘Mbwe Mbwe’ singer also took the opportunity to apologise to Khaligraph Jones for fatshaming him.

“I also want to take this wonderful opportunity to apologize for calling him fat for three consecutive years, no wait, I think it is actually four years. Ni vile saa hii sina simu, I could’ve called him in person but the post will do for now,” he concluded.

In a rejoinder, Khaligraph Jones posted photos of himself and Bien at the NRG Wav concert and wrote: “Thank you Daddy Owen for joining me on stage,💯💯💯💯 God bless. your song Sitolia is the best.”

Bishop Kiuna Can’t Keep Calm After Appearing on ‘Nganya’ < Previous
Nadia Mukami Offended by Jalango’s ‘Sorry not Sorry’ Next >
Recommended stories you may like: