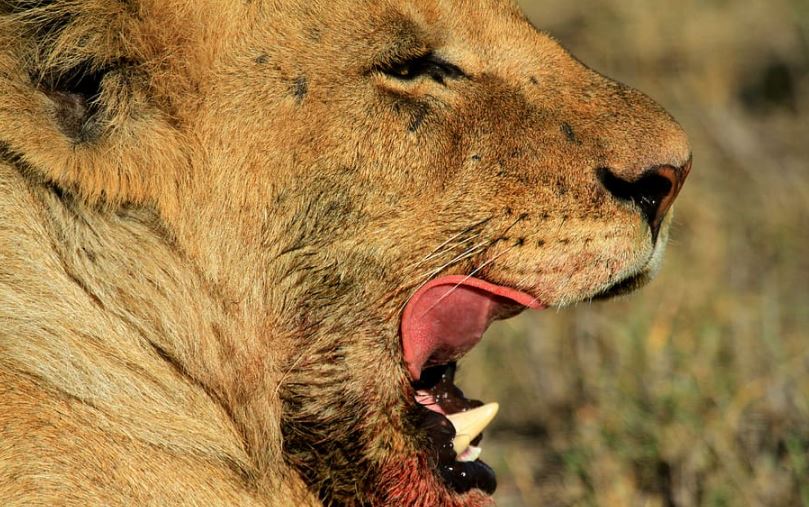 Two men are nursing injuries after they were attacked by a stray lion in Chonyi Sub County, Kilifi.

The victims identified as Jaribu Chiro and Tuva Kadhengi were among locals who responded after young boys who were herding their animals raised an alarm.

“People responded by trying to chase the lion. Unfortunately, the two were attacked. One was mauled on the buttocks while the other was injured on the thigh,” Munga said.

One of the men was treated at the Chasimba Health Centre while the other was rushed to Kilifi county hospital.

Mwakambi assistant chief Simon Munga said officers from the Kenya Wildlife Service responded quickly but could not hunt down the lion.

“They laid a trap but they did not catch the lion. The lion has now moved from M’bomboni to Mwakambi. We are still waiting for the KWS officers,” he added.

A resident Simon Kazungu said they are living in fear and have been forced to escort their children to school.

“The lion is currently at Lubondo forest which is near Lubondo Primary. People have surrounded the area with weapons just in case it comes out. The KWS officers arrived yesterday and placed a goat inside a trap but the lion did not come out. We are very much worried,” Kazungu said.

Sanaipei Tande’s Secret to Dealing With Cyberbullies < Previous
Fuel Prices Reviewed for the Holiday Season Next >
Recommended stories you may like: