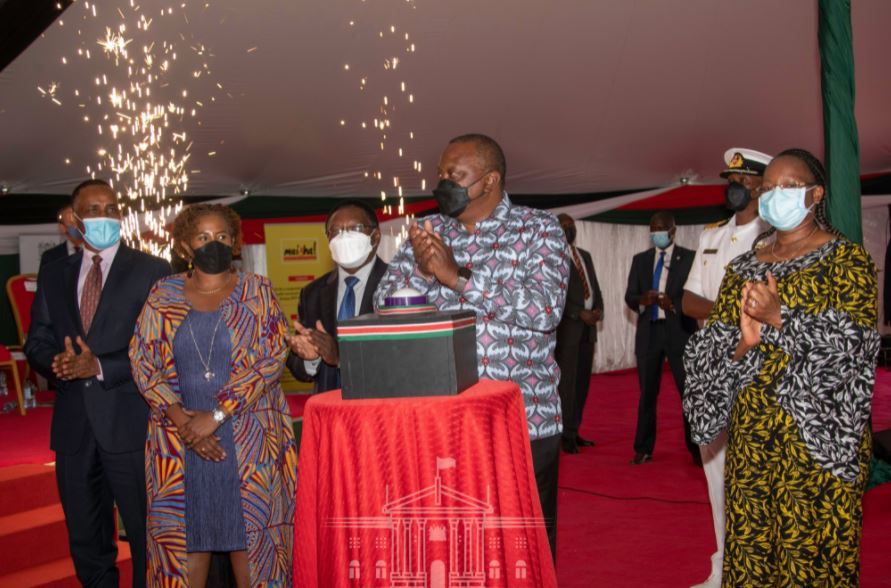 President Uhuru Kenyatta has said Kenya had made tremendous progress in slowing down the spread of HIV/AIDS in recent years noting that new infections had declined by 68.4% between 2013 and this year.

The Head of State attributed the positive indicators to the growing Government investment in the diagnosis, prevention and managent of HIV/AIDS and related illnesses.

The President spoke on Wednesday in Nakuru County when he led the nation in marking this year’s World AIDS Day, an event that was also addressed by Nakuru Governor Lee Kinyanjui and Heath PS Susan Mochache.

President Kenyatta said Kenya was among the leading African countries in the access to antiretroviral therapy, and commended Kenyans for voluntarily participating in activities aimed at slowing down the spread of HIV.

While directing the ministries of health and national treasury to ensure that the country is adequately stocked with HIV management and prevention commodities, the President assured that the Government will continue doing everything possible to defeat the disease. 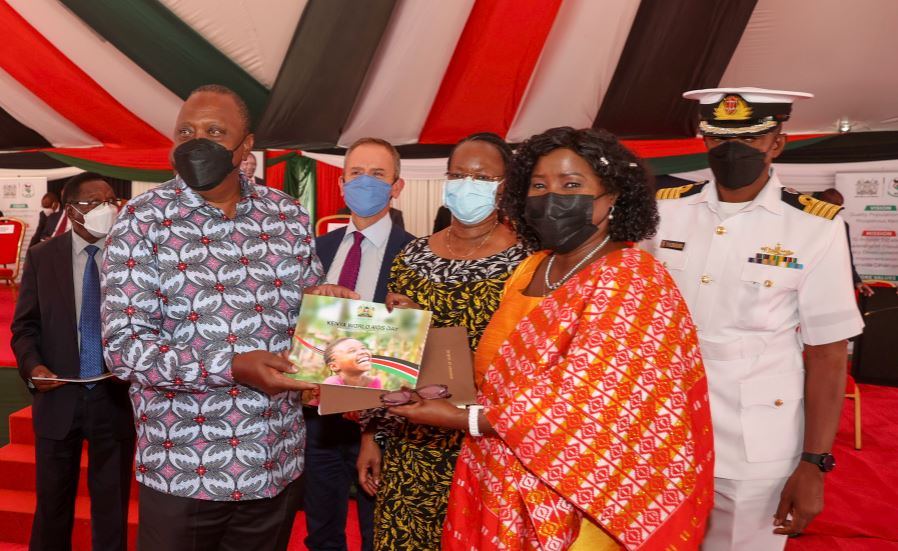 “My administration recognizes that HIV remains one of the world’s most significant public health concerns. What is more of our concern, is that HIV disproportionately impacts the most vulnerable members of our society – the poor, marginalized, children, women, adolescents, and young adults.

“Further, the epidemic continues to present strongly in the 15 to 49 age demographic, who form the most productive demographic of our society. Therefore, we must sustain the gains, accelerate progress, and bridge all the gaps that stand in the way of eradicating this pandemic,” he said.

At the same time, the President decried the rising cases of teenage pregnancies in the country saying the sad state of affairs was undermining the country’s socioeconomic transformation agenda and the progress made towards ending HIV/AIDS as a public health threat.

In her speech, Health PS Susan Mochache said the various Government interventions such as the Linda Mama maternal health programme and First Lady Margaret Kenyatta’s Beyond Zero initiative had contributed to the decrease in HIV/AIDS infections in the country as reflected by the statistics.

City Man in Court For Stealing Bibles From Supermarket < Previous
President Kenyatta Confers City Status On Nakuru Town Next >
Recommended stories you may like: