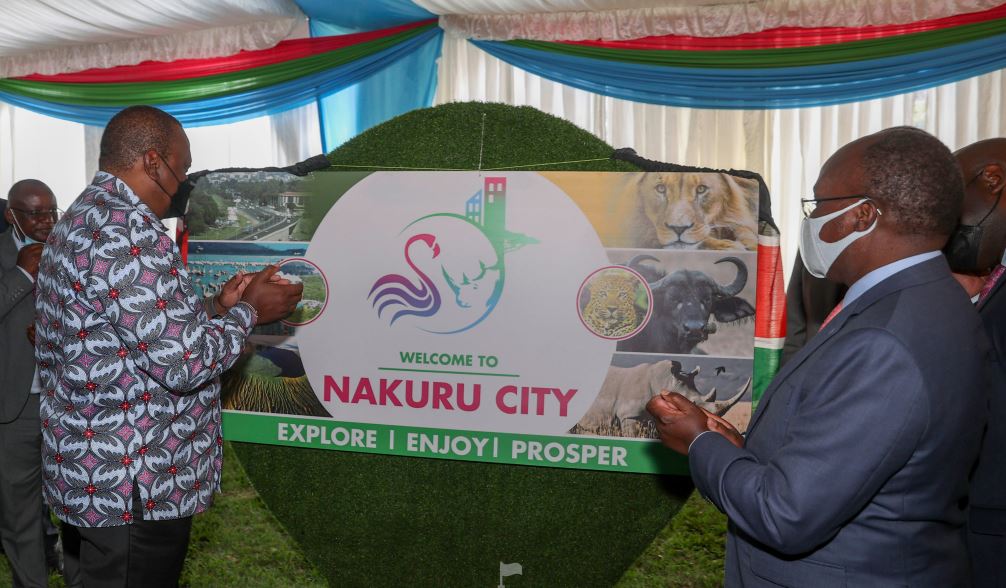 The award of the city charter to Nakuru, at a colourful event attended by several national and local leaders among them former Prime Minister Raila Odinga, followed a legislative process as outlined in the Urban Areas and Cities Act of 2011.

Speaking shortly after signing and handing over the conferment documents to Nakuru Governor Lee Kinyanjui, the President challenged Nakuru City residents to take advantage of the opportunities that will be brought by the new status to improve their wellbeing.

“The award of the charter means that Nakuru is the fourth city in the country and it becomes attractive for business as it attracts investors to put up factories, industries creating employment for the youth,” the President said.

He said Nakuru’s elevation was a demonstration of the success of devolution and the collaboration between national and county governments in the delivery of public services urging the new city’s residents to maintain peace as the political season approaches.

“Historically Nakuru is a melting pot where all communities live harmoniously. It is a known fact that whatever happens in Nakuru politically will affect the whole country. It is said when Nakuru burns, the whole country burns and if Nakuru is calm then the nation is also calm,” President Kenyatta said.

“We are giving you a city knowing that the peace in Nakuru will be extended to all corners of this country,” he added.

“No one will come to put up factories or industries or visit as a tourist, a country experiencing chaos and violence and that’s why am telling you my fellow citizens not to interrupt the peace we are enjoying,” the President said.

President Kenyatta appealed to the youth not to be hoodwinked by empty rhetoric and sloganeering into supporting the political ambitions of individuals known for advancing divisive politics.

“We should not take peace for granted. That’s why I am telling the Kenyan youth not to be hoodwinked with empty promises. It is easy to give promises but understand that peace is the foundation of development,” the President advised.

Other leaders that spoke at the event included Chairman of the Council of Governors who is also Embu Governor Martin Wambora and Senate Speaker Ken Lusaka among others.

Ahead of the conferment exercise, the President inaugurated the new Nakuru Disaster Management Centre as well as the rehabilitated Nyayo Gardens. 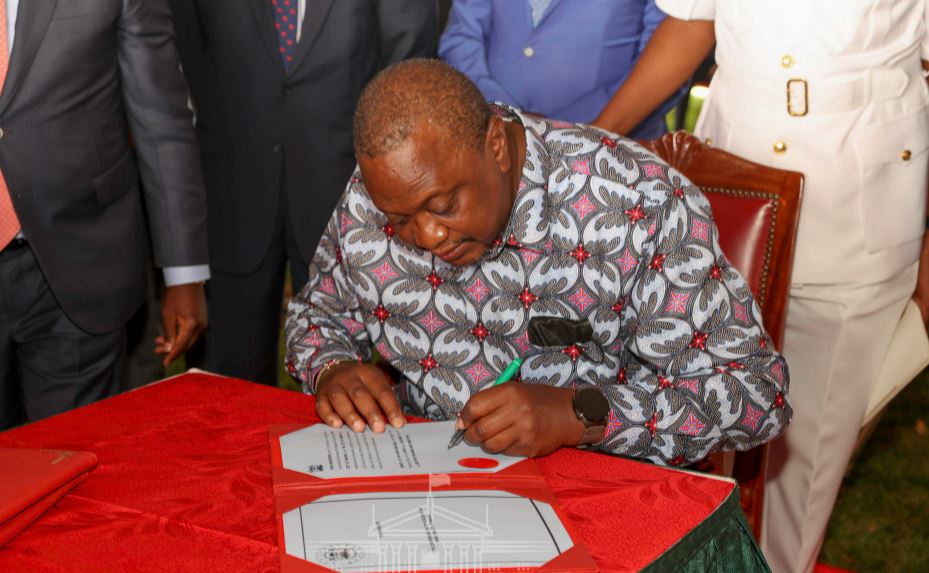 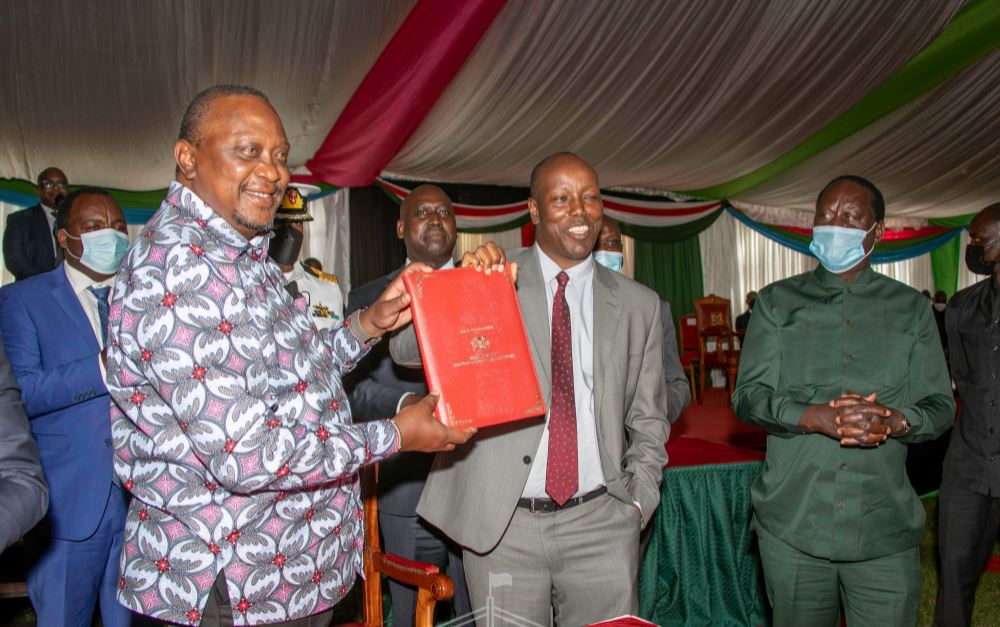 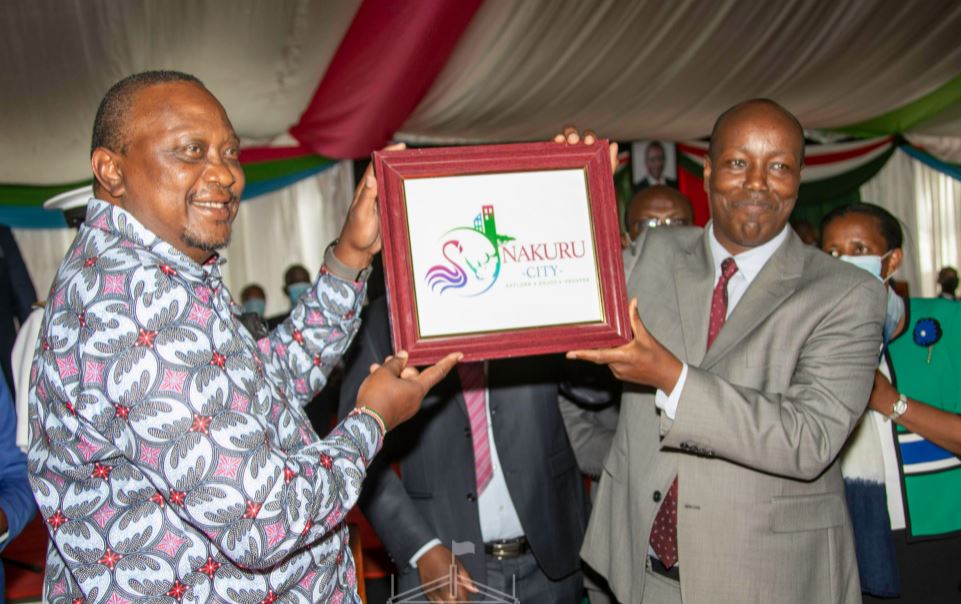 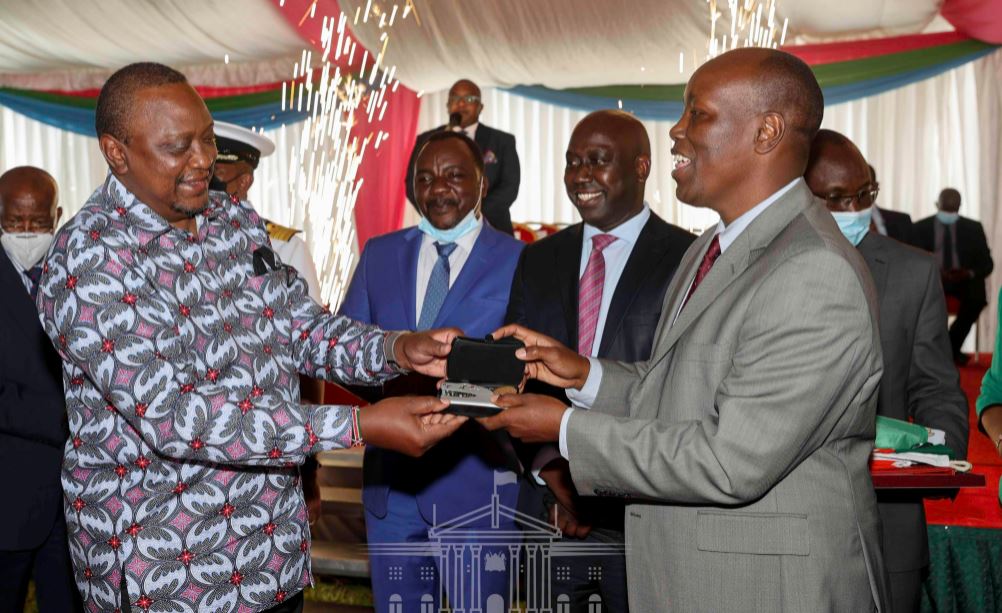 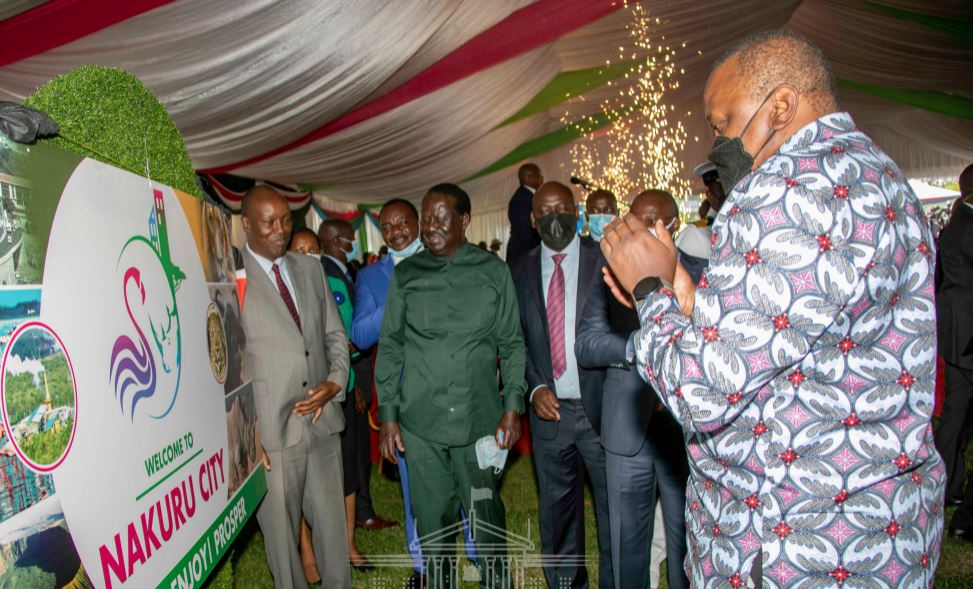 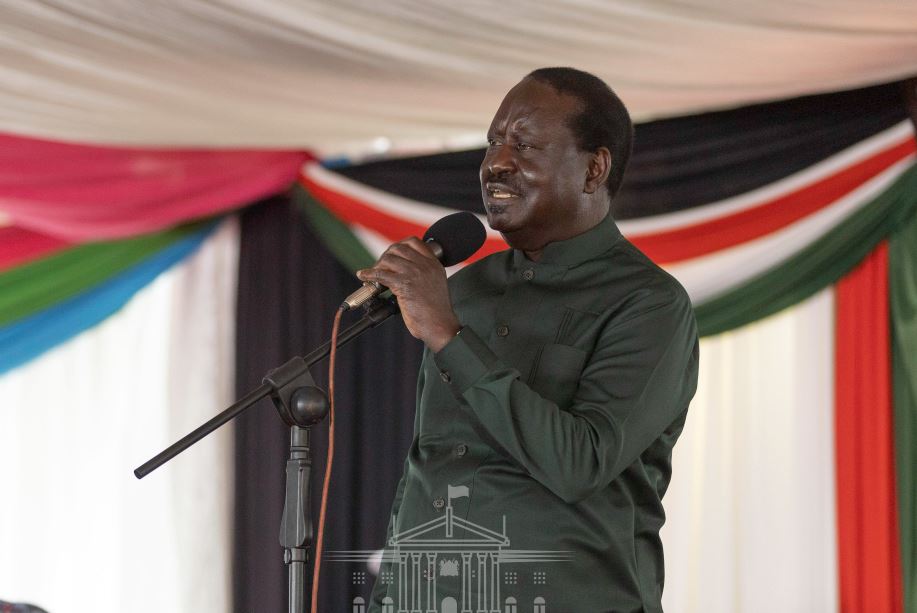 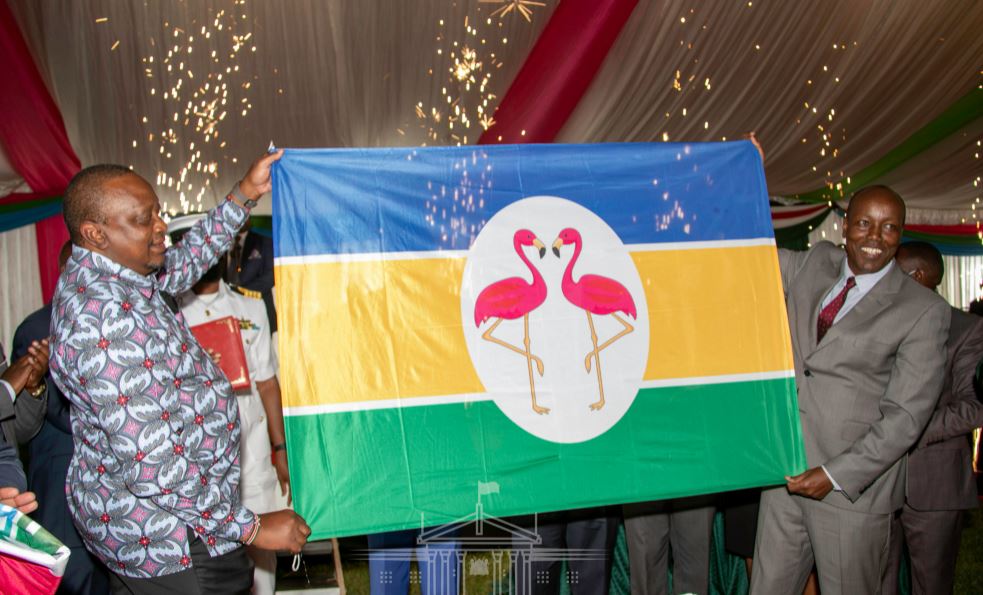 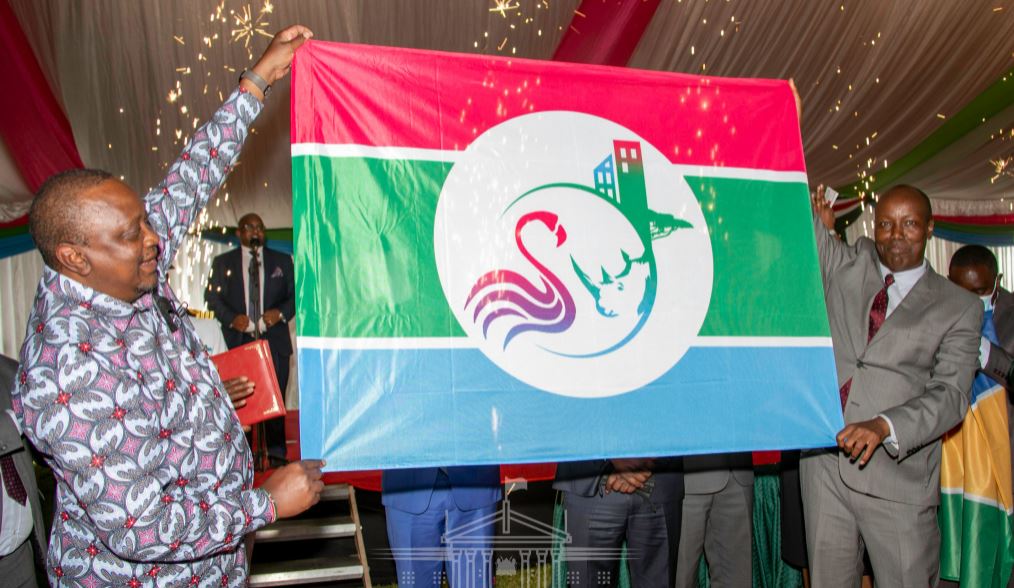 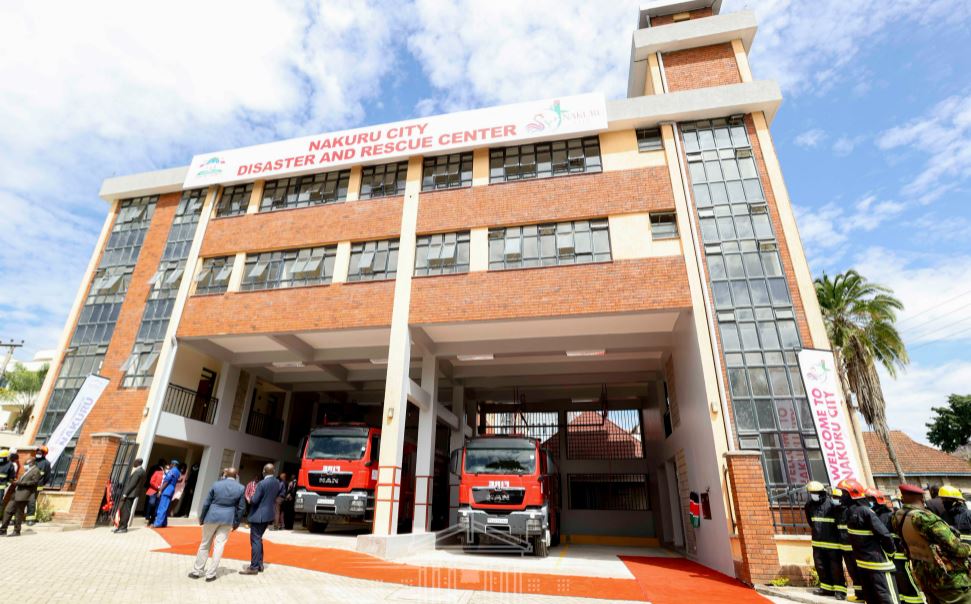 President Kenyatta Notes Kenya Has Made Tremendous Progress In Containing HIV < Previous
This is What’s Trending in Nairobi on This Thursday Next >
Recommended stories you may like: