My Story: Living With Epilepsy 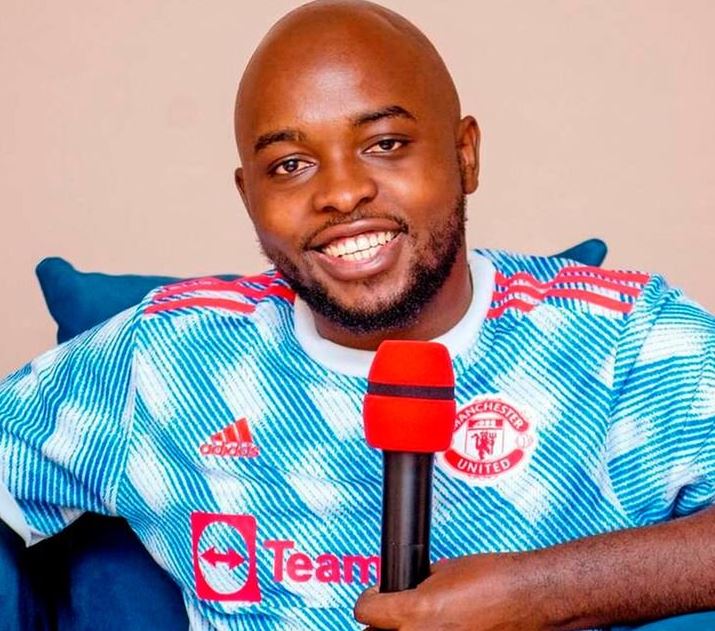 Ramadhan Duvela Nyongesa, popularly known as Ramsey is a 30-year-old photographer who has been living with epilepsy for more than 20 years.

Here is his story:

Pain is inevitable, but suffering is a choice. I cannot control how people react towards me; I can only control how I act. Understanding those two things was very important for me as a person living with epilepsy. It helped me deal with the stigma I received due to my condition.

My name is Ramadhan Duvela Nyongesa. I’m thirty years old, and I am a professional photographer. Most people call me Ramsey. My earliest memory of epilepsy is from when I was seven years – that is the first seizure I can recall. I remember washing my face in a red basin under a guava tree. My mum tells me I have had the condition since birth.

I don’t particularly appreciate being seen as a victim despite the many challenges I have faced in life. My story might have a lot of sad and difficult phases, but the takeaway I want people to get is the good side of it: resilience and perseverance. I do not like sympathy, so I do not speak about myself much, but I tell this story with the hope it can uplift someone who might be going through a similar situation.

Growing up was not easy for me. Honestly, I was introduced to adulthood while still a child. I hail from a broken family. My parents separated when I was in Class Four, not long after I had my first seizure, and I blamed myself for it for a long time. I thought my dad left us because I was not good enough, sick, and responsible for all the fights between them.

We relocated from Western Kenya, where I was born, to my mum’s maternal home in Salama, Machakos County, and this is where it all started. I always knew I was different, but I started standing out and feeling self-conscious in Class Five.

I have a vivid recollection of one of my episodes. The teacher had given us some homework, and when she came to check, many pupils had performed poorly. She went around the class, caning people and anxious I would be beaten, which triggered me and I convulsed in class. One of my classmates picked a habit of bullying me from that day, and he would spit and call me names every time he saw me.

I was a child and did not know how to deal with my emotions healthily, and there was a pile-up of anger, on top of all the trauma from my parent’s divorce. The more I got bullied, the angrier I became, and the more I got triggered. One day it became unbearable, and I exploded, and I beat up the boy. In retrospect, maybe I could have handled that better, but I just wanted to stand up for myself. We ended up being friends, and he’s the one who would defend me against other bullies.

Most people imagine bullying only exists amongst school going children, but adults perpetuate the worst kind. When you tell people that you have epilepsy, they try to make jokes about it and end up making it quite awkward. Others stare and avoid you. I once had a convulsion in public, and I hurt myself badly – I dislocated my left shoulder, but no one helped for the fear that I might die in their arms.

Growing up, I do not think I ever processed my emotions fully. I thought maybe if I ignored the worries and stigma long enough, I would eventually be alright. But it caught up with me as it was bound to happen and as is with those dark things about our lives we try to ignore.

I planned to move out of my parent’s house (my mother got remarried) back in 2018. Up to that point in my life, I had lived with them as it is not advisable for epileptic people to live alone. I, however, felt that I was at a stage in my life where I needed to break free and live my own life, perhaps even start a family. But I was always afraid because of incidents I had heard that had befallen epileptic people living alone.

As if to add to my fear, I lost three people with epilepsy within the last four months of the year and two of whom were living alone at the time of their passing. They had attacks which they never recovered from. This, for me, was the hammering of the final nail. I fell into depression the following year (2019) and started contemplating suicide.

I did not see any sense in living anymore, to end up like my friends. One day I was standing on the balcony of our house, and I wanted to jump, but I received a life-saving call from a work colleague. After that, I started therapy, which lasted for a few months and helped me deal with that phase of my life.

I am doing therapy right now, but not because anything has gone wrong. I felt the need for a professional to help me deal with my issues and guide me through my journey of self-acceptance and embracing myself. It has helped me as this is the first time I admit that I come from a broken family.

My family has played a key role in my wellbeing from my childhood through their immense support, mostly my mother and my siblings. I have a younger brother called Cliff, and right from childhood, he took up the role of being my caretaker. Our roles were reversed.

Of course, my most significant support has always been my mother. She might know better, but I know bringing me up was not easy for her. Imagine every worry possible – she had it. Every time she would get a phone call from a new number, she expected to be told I had died.

When I wanted to move out and live on my own, she protested a lot. She was even suggesting expanding the house to accommodate me better and any future family that might come. Of course, I understand her; it’s the love of a mother. Even when living at home, I had a fully furnished house that I was paying rent for, which my cousin was looking after. So eventually, I made the decision, followed through and moved out.

I have hopes of starting a family of my own, and one of the biggest challenges I faced in the dating world was living with my parents. Even though I was living with them for my safety and for medical reasons, most of the potential spouses I came across had issues with it. I am very forthright, though, and I always tell whomever I meet that I have epilepsy – of course, it does not always end well.

My last relationship, for instance, is a good example. We were having issues, just like any other relationship, and she had requested to meet in town to talk. I remember it was on a Wednesday and we were in a restaurant. For some people, before you get a seizure, you can feel it coming; it is called an aura. My body started shaking, and I remember the last thing she said to me before I went into a seizure was; ‘please don’t do this to me.’

After I had recovered, I escorted her to the Kenya Railways bus stage, gave her fare and bid her goodbye. Immediately after the vehicle had left, I received two messages; one telling me how amazing and wonderful I was. The second said she was sorry, but she could not “court an epileptic man”. I suppose being with someone who has a severe medical condition is the ultimate test of love. That’s the conclusion I have come to draw.

This is just one of several almost similar incidents. The constant rejection affected me and made me question my masculinity. It contributed to part of my mental breakdown, and with time, I have had to redefine myself and what being a man means to me without letting society define that for me.

Many people are surprised to hear I am a photographer who has epilepsy, and my family is probably the most concerned. The paradox, of course, is that I am photosensitive, meaning I am triggered by a flashing light. I loved photography from an early age, and I did not want to give up on my dreams, and I knew I had to do it.

With time, I was able to adapt strategies to deal with my problems. When I go for a photoshoot for example, I take with me another photographer as a precautionary measure, just in case I get a seizure while at work. I am a strong believer that you are only as limited as you imagine yourself to be.

The biggest challenge in my career life has been discrimination. I applied for a lot of job openings and got a lot of dismissals. Of course, the excuses were different every time, but I knew it was because of my condition. Eventually, I got tired, and I decided to start my own Radiant Eye Pictures company. I do photography, branding and graphics and design.

I owe much of my success to the National Epilepsy Coordination Committee (NECC), which held my hand after I graduated from college. I joined the Youth on the Move initiative, which NECC is part of, and they gave me a camera to do photography for them. That’s where my confidence grew as they would always give me a call whenever there was work to be done, and they helped me build my career.

I worked with them on the Angaza Kifafa campaign. It motivated me to tell stories about people who found themselves physically, socially and economically challenged and who did not give up but found ways to overcome their limitations through The Misunderstood project.

I have faced many challenges in life, but that just made me the joy of resolving them all the more. In his book, a quote by James Allen as a man thinketh; ‘A man cannot directly choose his circumstances, but he can choose his thoughts, and so indirectly, yet surely, shape his circumstances.’

If I had the choice not to have epilepsy, I would make it. I miss out on many things; I cannot drive, drink, or watch any kind of movies. But in the end, all that matters is what I choose to do with my life. More people living with epilepsy and who are success stories need to speak out. This will put a face of success to the issue and positively influence people’s perception of epilepsy.

Family is also very important when it comes to dealing with epilepsy and other such neurological conditions. They are the basic and most important support structure, and I am grateful mine was there for me.

Meet Stylist Behind Eric Omondi’s Looks, Diana Chanzu < Previous
My Story – I Caught My Children Planning to Kill Me Next >
Recommended stories you may like: