My Story – I Caught My Children Planning to Kill Me 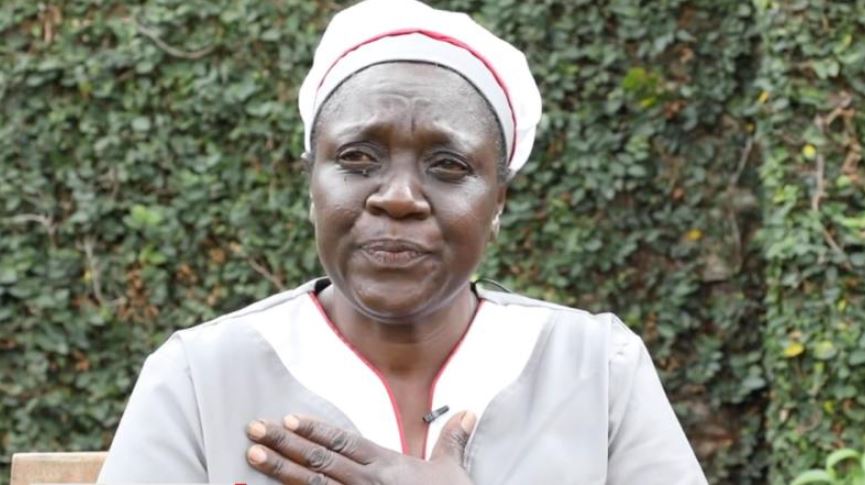 Irene Waswa is a widow who faced rejection from her immediate family. She narrates to the Nairobian how her husband’s death left her kids baying for her blood, and how she escaped death.

Tell us a bit about your background.

I was born and raised in Bungoma but got married in Vihiga in 1988. Back then, I had a good relationship with my husband to a point we sired five kids. But after staying together for some time, we started having some disagreements as is normal in every marriage. However,  with each passing day, things started getting out of hand. So I took a break and came to Nairobi to work as a house help.

Did you get a good job?

Yes I got a good boss who took me as her family and it’s there that I thought of changing my family’s face by educating my children. I sacrificed as much as I could, spent my last coin to ensure my kids got the deserved education. I also ensured my husband got a share of my pay as he was not working.

Did your marriage improve?

With the sacrifices I was making, things went smoothly. I would visit my family during my off days and never expected there would come a time my kids would turn against me. I managed to educate three of them to Form Four but two dropped out.

In 2016, my husband died and that’s when hell broke loose. My in-laws turned against me claiming that I was the reason behind my husband’s death. This escalated to my kids. They got brainwashed by the same people and they followed suit. None of my kids wanted anything to do with me. Having lost my job, I settled back in the village. I faced a lot of rejection that made me regret how I spent my money without saving. I sought refuge at my parents’ home but surprisingly they also turned me away and sent me back claiming that I was paid off so I should go back home.

How did you handle your children?

They were promised to be taken to college, they made them believe that I was the reason behind their education stalemate.

Did you try to bring them closer to you?

I tried as much as I could, I even endured when they insulted me but the bitterness in them couldn’t allow them to think soberly. It came to a point they were advised to poison me and surprisingly they were ready.

How did you find out?

I woke up one Sunday and decided to go to church and at least try to relieve my baggage of sorrow. I was so depressed that I just wanted to create peace with my God. My kids had taken me through hell, the only place I could feel at peace was at the church. So I went early in the morning but ironically the service ended that day earlier than usual.  With nowhere to go, I went back home hoping for a better day. When I arrived, all of my five kids had assembled in my house planning on how they were going to poison my food.

Did you catch them?

Yes, the poison had already been bought and the only remaining step was the person to drop the poison in my food. One of them volunteered to do it while there was another who was a little bit hesitant of their plan. She tried to convince them that despite the circumstances, I was their mother. While they were still arguing, one of them came out and saw me standing outside the door. She went back and informed them that I was outside listening to what they were plotting.

What was their reaction when they heard that?

They all rushed outside to see me and got shocked wondering whether I heard their conversation.

What was your response?

I just broke into tears and walked away. I was shocked to the core and that all I wished for was to commit suicide. I went straight to the nearest river, did my last prayer and when I was about to throw myself into it, I heard a voice calling my name and the next words were “don’t give up.”

Who said the words?

I couldn’t tell, but I listened and went back to the house. Since it was late, I went straight to bed. After a few days, I attempted suicide again but it backfired.

What was your turning point?

Eventually I packed my bags and relocated to Kitale, a place I had never been before. I stayed on the streets for three days before a good Samaritan took me in. She gave me a job as a house help and that’s how my life turned around. Thank God I am in a better place today.

Did you forgive your children?

My Story: Living With Epilepsy < Previous
Hilarious Posts by Kenyans on Social Media for the Monday Blues Next >
Recommended stories you may like: