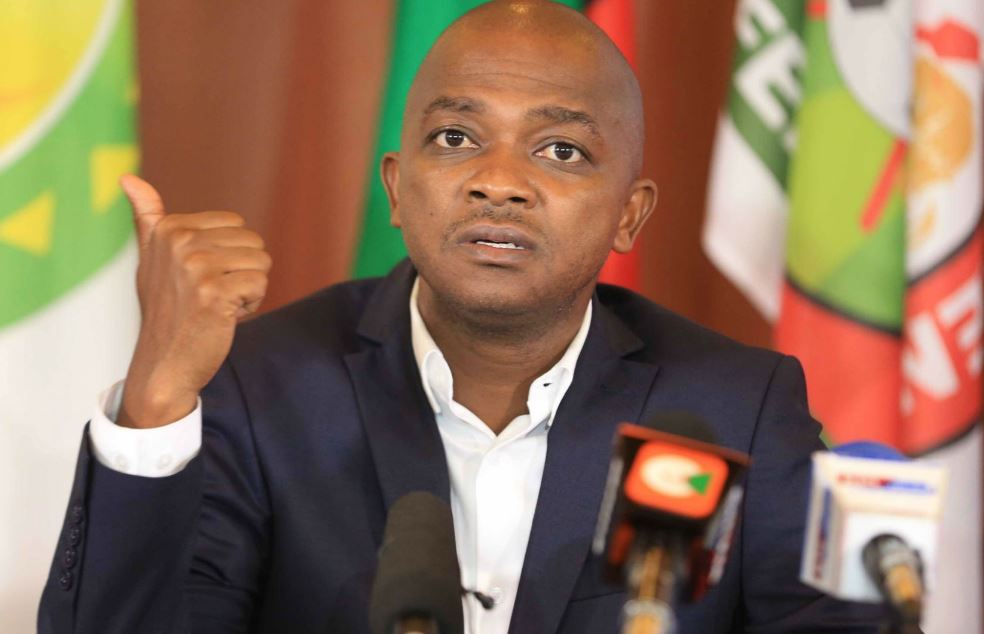 There have been mixed reactions by KoT (Kenyans on Twitter) to the news that Nick Mwendwa has left his position as president of the Football Kenya Federation (FKF).

On November 29th, Mwendwa chose to transfer his powers as President to his Deputy Doris Petra.

That came just a week after he was released on bail after being arrested and charged with four counts of fraud by Kenya’s Directorate of Criminal Investigations (DCI).

It is alleged that Mwendwa together with a number of other conspirators who were not present in court, defrauded the FKK of 38 million Kenyan Shillings (US $337,700).

Mwendwa pleaded not guilty to all the charges, after his lawyers failed in attempts to get them dismissed. According to court documents, the offences committed took place between 4th March and 31st May this year.

He was granted bail after making a cash payment of 10 million shillings. He was also ordered to surrender his passport and is forbidden form accessing the offices of the FKF.

That was his second court appearance in a month for the man who was first elected to the post in 2016.  That was into a separate charge, and was an attempt by the police to have him remanded in custody for a longer period.

Whilst there are some are hoping that this is a chance for Kenyan football to now gets its house in order, others are demanding that Mwendwa’s resignation does not signal an end to his legal problems. They are hoping that an example can be made of him to show others what can happen to those who embezzle public funds.

Unfortunately, unlike online casinos such as those mentioned in betalternativelink.com listed here which are well regulated and subject to appropriate oversight, official corruption is an endemic problem in Kenya.

A Corruption Perceptions Index ranking countries in the world according to the degree of corruption measured against various indices placed Kenya 143 out of 176. That put it on a par with the likes of Nigeria, Pakistan, Azerbaijan, and Nepal.

Corruption persists in the country principally because there are those in power who benefit from it, and the existing governance structures and institutions lack both the power, the ability, or the will to stop them from abuse the system for their own ends.

And it does not help that the very body responsible for curbing it are regarded as some of the worst perpetrators, with 75% of all Kenyans believing that most, if not all, police officers are corrupt, whilst, one in two who have had to deal with them, report having to pay a bribe.

And when the country’s anti-graft chief estimates that up a third of the state’s budget – an equivalent of US $6 billion – is lost to graft annually, the size of the problem is illustrated in stark relief.

Seeming Mwendwa brought to justice will not sole Kenya’s corruption problems overnight but, if he is guilty and is sentenced appropriately, ordinary Kenyans may at last feel some justice is being done.