YouTuber and radio presenter Jalang’o has taken the high road and extended an olive branch to Vincent Mboya, the upcoming musician he helped with a cash donation of Sh18,000.

The two had a falling out in September, with Mboya claiming he had returned the cash because Jalang’o had disrespected him.

Two months later, Jalas and Mboya have met again, with the former looking to put the whole saga behind them.

In a video on YouTube, Jalas made his feelings known and lectured Mboya for riding on his name for clout.

“I have forgiven you and this is the last time I should hear you talk about me or follow me with placards.

“You are making me look bad and I’m not that kind of a person. I’m a very good person, you looking for me with placards everywhere makes me look bad yet I have done everything I can to keep away from you and you still do the same. In front of these cameras, I want to tell you to stop it. I have forgiven you and let this be the last time we are having this conversation,” said Jalang’o. 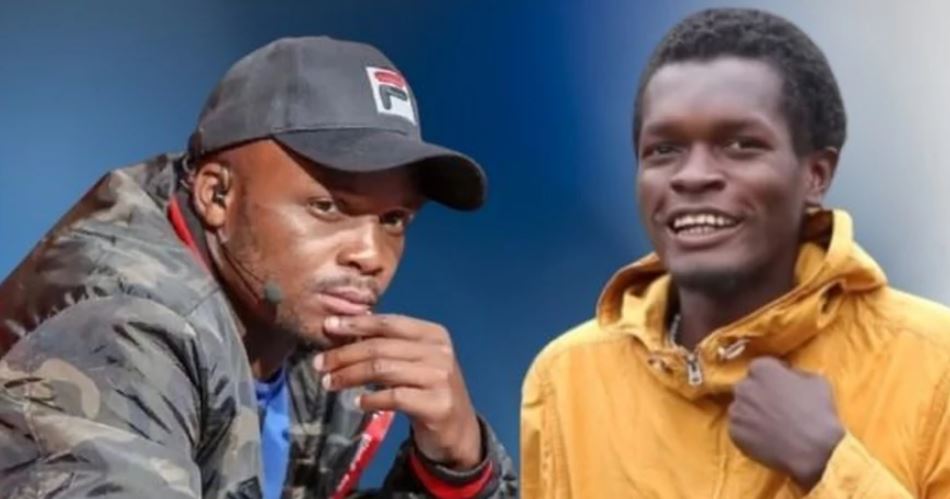 “I have told you that you don’t have to meet me for me to forgive you. I had already forgiven you. I can’t even talk to you because all you do is take screenshots and look for fame with them.

“People work hard in this town and nobody will ever give you anything for free. You can get the fame but if you don’t know how to use it, it will drive you into depression,” said Jalas.

Jalang’o also mentioned that Mboya did not refund the money as he had claimed and wondered why he would do that.

“You never even returned the Sh18,000 but went ahead and edited messages to show you have sent me the money, why do that?” Jalang’o posed.

Mboya on his part asked for forgiveness but declared he would continue with the publicity stunts until he gets a job.

“When will you stop?” Jalang’o asked, to which Mboya responded: “I will not stop until I get a job.”

How do you read your conversation partner? The ABCs of Body Language from the Alex Reinhardt Academy < Previous
King Kaka Releases ‘Happy Hour’, His First EP in Over a Decade Next >
Recommended stories you may like: