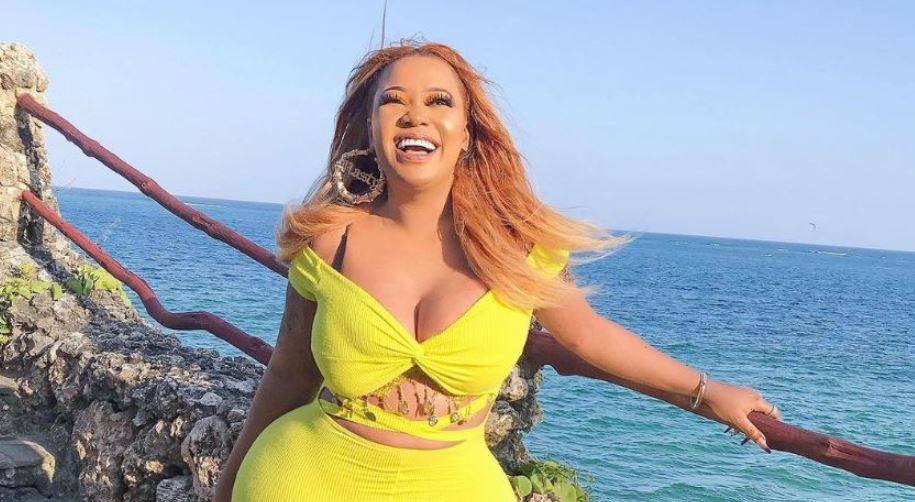 Vera has once again hit out at people who claimed she cannot breastfeed because of her boob job.

In August, Vera Sidika explained that her breast implants were placed in an empty pocket space that does not interface with the breast tissues.

Fast forward to November and the social media personality has proved her doubters wrong.

Vera took to social media to brag about her mammary glands saying they produce nutritious milk.

“Wale wa; what will her baby feed on since she got her boob surgery done. She can’t breastfeed Blah! Blah!

“You have seen some very healthy nutritious milk coming out of my boobs. Hope y’all learnt something. So yes I had a breast surgery and I can healthily breastfeed,” she wrote.

The former Reality TV star went on to disclose her plans of getting another boob job.

Vera said this would happen after she is done with childbearing.

“In fact, after having more kids I’m going for another boob surgery. I need my boobs rounder and fuller once I’m done having kids,” she wrote.

Miguna: I Looked and Found No Evidence That Raila Has a Degree from Germany < Previous
KDF Launches State-Of-The-Art TV And Radio Station Next >
Recommended stories you may like: