UG Comedian Salvado To Eric Omondi: “Don’t Be Taken for a Ride. Get That DNA Before Spending Anything” 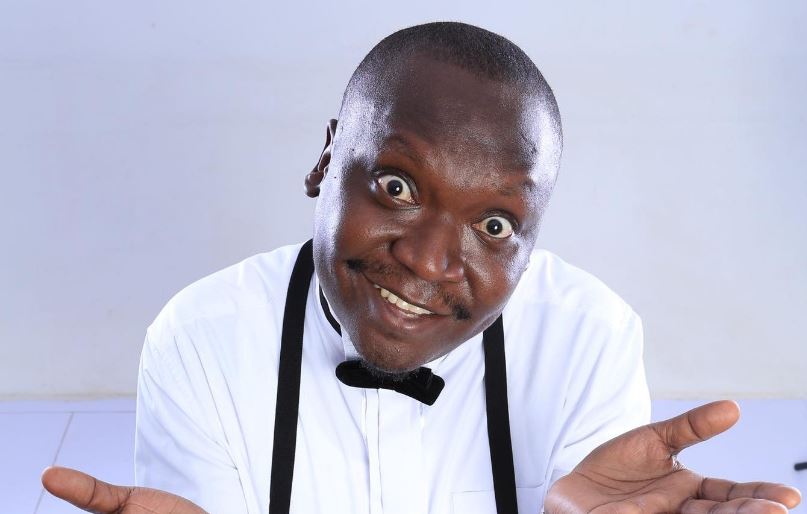 In the wake of journalist Jacque Maribe declaring comedian Eric Omondi a deadbeat father, more people are adding their voice to the saga.

Eric Omondi cast doubt on the notion that he is the father of the boy, saying that the son’s mother has refused to have a DNA test taken. He says he has more doubts because the single time they had sex, they used protection.

Of the school of thought that Omondi should take care of the child regardless, is Boniface Mwangi. He says that the boy is publicly known to be his, and thus he should just roll with it.

However, on the opposite end of the spectrum is other people telling the comedian that he has done the right thing by not taking responsibility. They argue that when in doubt, always demand a DNA test, which should be your right.

One of these people is Ugandan comedian Patrick Salvado. He commented on Eric’s Instagram post, telling him not to spend a cent on that child, until he is confirmed to be his.

“Get that DNA before you invest any money or emotion in a child who might not be yours. There is nothing as painful as investing in a child that you later find out isn’t yours. Get that DNA and if it happens the child is yours .. seek God’s guidance on how you will connect with them, otherwise boy child won’t be taken for a ride ever again coz of child support. #TeamDNA – we the uncles will be there for you to groom our child if he happens to be yours …. Ok bye,” he wrote. 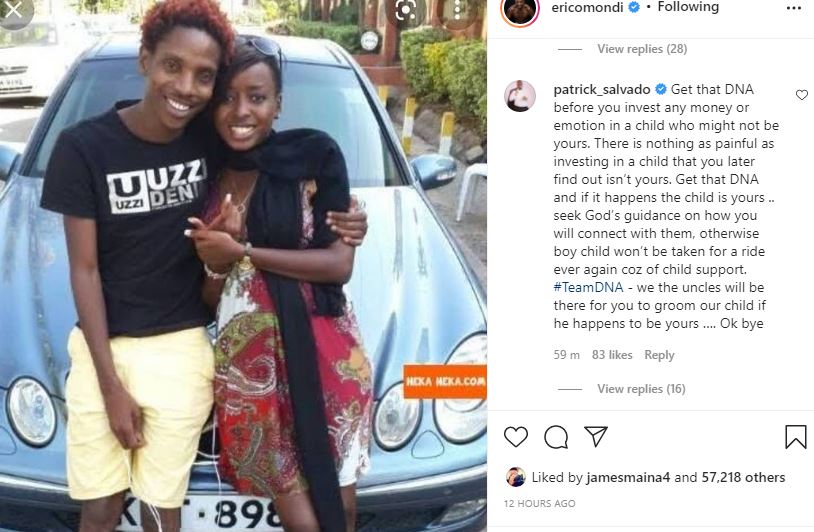 Boniface Mwangi To Eric Omondi: “You Have Shamed Your Baby Mama and Son” < Previous
Miguna: I Looked and Found No Evidence That Raila Has a Degree from Germany Next >
Recommended stories you may like: