Sh170 Billion: The Amount Kenyans Will Spend on Football Betting in 2021 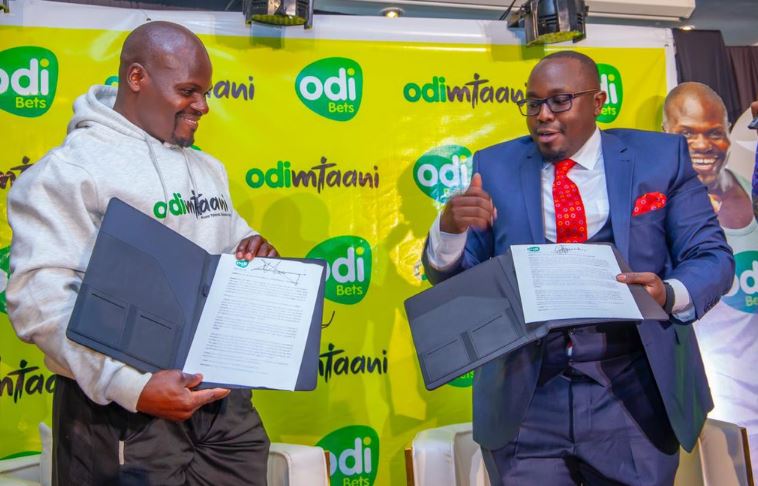 From April to September 2021, Kenyans have spent a mind-boggling Sh83.2 million gambling, on Safaricom’s Mpesa alone.

This is a 69% jump from a similar period last year, perhaps due to the opening up of sporting activities after they were shut down by the pandemic.

This latest data was released by Safaricom as it announced its half year results.

The biggest beneficiary out of all this is of course the betting companies. It is estimated that over half of gamblers lose their money on any single day. In football, that number can be much higher as the betting sites tempt you with ‘multi-bets’ offers, where the chance of winning hovers around 10%.

Your chances of winning the Jackpot, another offer heavily promoted by bookmakers, is one out of several hundred millions.

None of the betting companies operating in Kenya publicly release their revenues, but the main ones are clearly swimming in cash.

Of the Sh83.2 billion gambled away in those 6 months, Safaricom’s cut of the revenue was Sh2.95 billion. That was double from the Sh1.48 billion they were left with in the same period last year.

Betting revenue is now a major source of Safaricom overall revenues. In fact, it is the second-largest business line by revenue, under Mpesa payments. The only thing eclipsing it is consumer to business (C2B), basically other Paybills and Lipa na Mpesa, which brought in Sh5.1 billion in the six months.

One explanation for this is that Safaricom charges a lot more for gambling than it does for other payments. The telco takes a 3.5% cut for all gambling related payments, as opposed to a 0.25% cut from other types of payments.

The other biggest beneficiary from this spike in gambling is the Government. In that 6 month period, KRA is estimated to have collected over Sh6 billion. This represents a 7.5% tax on the value of the bet, and a 20% tax on winnings; not to mention corporate tax on the betting firms.

The high percentage of the winning tax is however no bother to the firms, since it is a cut from the punter, not from their own revenue.

This would mean that after paying Safaricom their cut and KRA their gambling tax, the betting firms were still potentially left with over Sh70 billion. Even at a 50% win payout rate, they still have over Sh35 billion left.

Betting companies are notoriously lean-staffed for the amount of money they handle. All of them license their odds system, which means all they have to do is market their service.

The result is that they enjoy a higher profit margin than other types of businesses.

At a rate of over Sh14 billion a month, Kenyans are on track to spend close to Sh170 billion on betting in 2021.

Is Peter Kenneth Being Primed To Be Raila’s Running Mate? < Previous
Job-Seekers Will No Longer Be Required To Provide POLICE, HELB or CRB Clearance Certificates Next >
Recommended stories you may like: